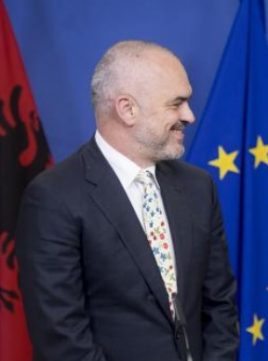 “Good, long-awaited news. The doors to Europe are finally open”. This is what Albania’s Prime Minister Edi Rama (in a photo by SIR/EU) said after yesterday’s decision by the EU foreign ministers to open accession talks with the two Balkans countries of Albania and North Macedonia. The prime minister added that Tirana “has entered a new phase of its history: although the decision has only been made now, we have never ceased to work towards our EU membership”. Albania’s President Ilir Meta also congratulated his country, saying “today’s decision once again confirms Albania’s European perspective”. The head of State called the start of negotiations “a step forward, a bold decision by Member States, especially given the difficult times we are all experiencing”.