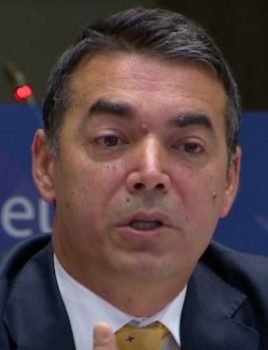 “This marks the start of a process that will ensure a European future to Albania and North Macedonia, and it is very likely that the start of negotiations and the first Intergovernmental Conference will take place by the end of 2020”. Nikola Dimitrov, North Macedonia’s Foreign Minister (in a picture by SIR/EU), said this following yesterday’s decision by the EU foreign ministers to open accession negotiations with the two Balkans countries. His hope is that “the negotiating framework could be defined by June”. “In the emergency situation caused by the coronavirus outbreak – he added -, we really appreciate the EU finding the time and will to recognise our efforts”. “It is true – he admitted – that there are major concerns about our accession, but we will address them”. Dimitrov also thanked his fellow citizens for not losing faith in the European perspective. Having waited for 15 years, Skopje is now ready to work hard on securing the necessary reforms in cooperation with other States.