Vaccinating is the watchword. It's the last mile, but we must not loosen our grip. In fact we should press on with a third dose.  It is necessary to convince vaccine-hesitant people and start vaccinating children as early as possible. It’s the belief of Patrizia Laurenti, Director of the Hospital Hygiene Unit and head of the Vaccination Centre at the Gemelli Hospital who, however, warns: "We are running out of time due to a decrease in human resources for vaccination centres set up by the Commissioner.”

The WHO warned Europe of an upcoming “fourth wave” on November 4, with the alarming prospect of another half -million victims. The following day, Extraordinary Emergency Commissioner Francesco Paolo Figliuolo announced that over 87.7% of the population, including those vaccinated and recovered from the disease, are covered to some extent against the virus. To date, November 8, over 83.5% of people over 12 years of age have completed the vaccination cycle ( 45 million people approximately); and 2,128,928 booster shots have been given, with a daily average of over 110,000, while some are questioning the opportunity of serological tests before the third dose and EMA is expected to give the green light for vaccinating children aged 5 to 12 by the end of December. We discussed the situation with Patrizia Laurenti, Director of the Hygiene Unit and Head of the Vaccination Centre at the University Hospital Agostino Gemelli IRCCS in Rome. 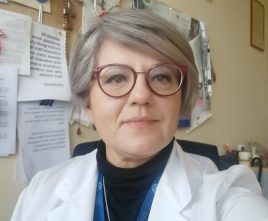 Professor Laurenti, how is the vaccine rollout proceeding at Gemelli Hospital?

Almost 75% of daily vaccinations are third doses, including booster shots and additional doses. The demand exceeds our capacities and I must say that since November 1 vaccination clinics have been somewhat cut down due to a shortage of human resources provided by the Commissioner’s department. Instead, it is necessary to ensure that the immunisation centres remain in place by increasing the staff numbers.

We are currently running into difficulties and we cannot cope with all the requests, especially from those who need a third dose: health care workers, the elderly and the immunocompromised.

The FDA has recently authorised vaccination of children aged 5-12 with a one-third dose of the Comirnaty vaccine (BioNTech/Pfizer) intended for adults, while we are waiting for authorisation from the EMA, due by the end of the year. Why is it important to vaccinate children?
Because they are primarily responsible for the circulation of the virus today, and unfortunately also because they are starting to experience serious after-effects from the infection. The virus strikes where it finds no resistance and today this is mainly among children. We need to take action to protect them because 42 children have died since the outbreak of the pandemic, a tragic number, and in that age group the rate of complications is one in seven.

One in seven children who contract the virus are bound to suffer complications leading to intensive care or Long Covid Syndrome.

Hopefully the EMA authorisation will come sooner because December and the Christmas holidays are a high-risk period with families spending more time together in indoor and often crowded environments.

What do you think about the benefits of blood tests to determine if a person has developed antibodies to SARS-Cov-2 to see if he or she is protected and can postpone the third dose?

Antibody testing is pointless because the so-called correlates of protection are unknown, i.e. the levels above which we are protected and below which we are not.

Therefore this should not be used as a criterion for deciding whether to postpone the third dose, which must in any case be administered six months after the second. Nor can it be an indicator, as part of a broader argument, of the effectiveness of the vaccination campaign, the objective of which, as is well known, is not the eradication of the disease, but its containment, i.e. keeping admissions to intensive care and deaths to a minimum. The figures show that the vaccination campaign is effective.

Besides children under 12, there still are several million unvaccinated adults, including die-hard no-vaxxers and ‘vaccine hesitants’. What can be done?

I feel helpless with the ‘diehards’ because we don’t speak the same language. I find it hard to communicate with people supporting theories that are often irrational and lacking in scientific evidence. Moreover, some of them have such a violent verbal approach that I have had to strengthen security. Instead, I believe there is still a chance with the vaccine-hesitant population.

Since the Green Pass came into force on 15 October, we vaccinated approximately 500 people here at the Gemelli Hospital in three weeks.

These are people who came to us, with whom we spoke and answered their questions and concerns. Of course it took time, but they finally agreed to be vaccinated.

What do you think of the recent proposal to extend the state of emergency until March 31, 2022 based on rising infection rates, which will be decided next month?

It would be a very appropriate extension because it would allow us to make it through the winter, which is the high-risk season. It would also ensure the continuation of the measures currently in place and, as I said at the beginning, increase the human resources needed. At this stage, manpower is indispensable, also in the light of the pandemic curve.

This is the last mile.

If we continue vaccinating, even encouraging a third dose and the immunisation of children, and if our institutions support us with human resources, I believe that after this final rush we will be in a position to look forward to next spring with optimism.