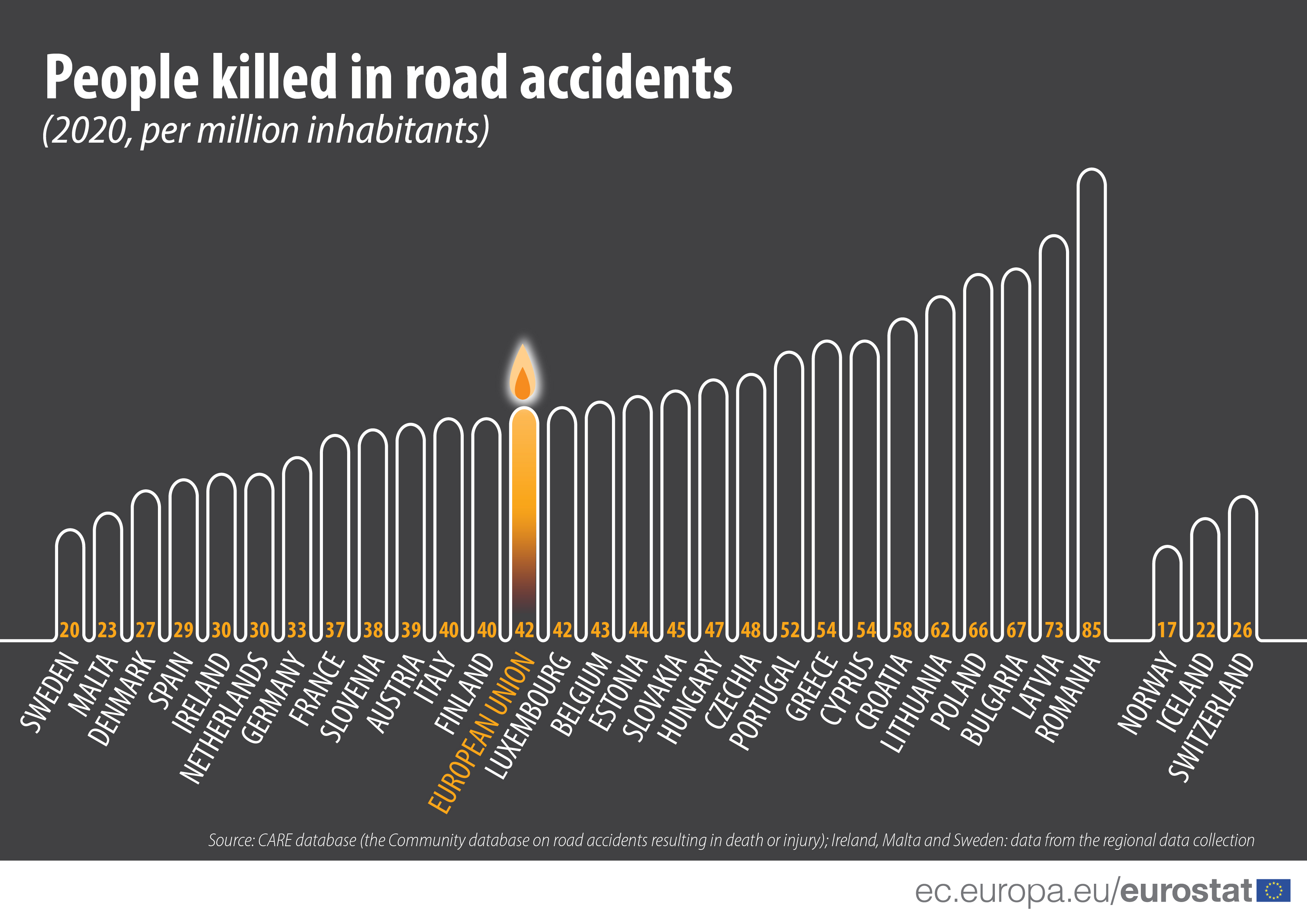 There was an “unprecedented drop” in the number of people who died in road accidents in 2020. This is according to the statistical office of the European Union, Eurostat, which has today released the figures on road fatalities in the EU. There was a 17% drop compared to 2019, “largely due to the impact of COVID-19 restrictive measures”. Yet 18,786 people lost their lives in road accidents in 2020. In the previous years, however, the figure was already falling. Indeed, as a matter of comparison, there were 29,576 road victims in 2010. 44% of the deaths concerned people travelling by car, 19% were pedestrians, 16% people on motorcycles, 10% on bicycles and 11% on other vehicles (trucks and heavy goods vehicles, buses and coaches, mopeds and other vehicles). Compared to a European average of 42 victims per million inhabitants, the safest countries for road travellers are Sweden (20), Malta (23), Denmark (27) and Spain (29), ahead of Ireland and the Netherlands (both 30). The most dangerous roads, by contrast, are in Romania (85 road victims per million inhabitants), Latvia (73), Bulgaria (67), and Poland (66). Italy is below the European average, with 40 victims per million inhabitants.