“We are not just opening a photo exhibition here. We, here and now, are upholding a principle: public institutions must be close to citizens, especially the most frail and vulnerable”. European Parliament President David Sassoli said this as he opened the Femmes exhibition at the Parlamentarium on the eve of the International Day for the Eradication of Poverty. Featuring 15 images by photographer Gaël Turine, accompanied by texts by Anne-Cécile Huwar, the exhibition tells the story of 15 of the 279 homeless women who were hosted in the Helmut Kohl building of the European Parliament in Brussels during the worst five months of the COVID-19 pandemic. These women were able to stay in the offices of officials who were required to work from home. The offices were converted into rooms that they could use, night and day, without being obliged to leave their room every morning, “without being reminded every day of their precarious life as a homeless person”. 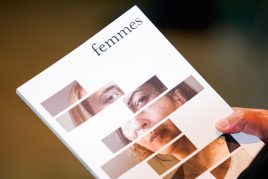 has revealed many realities: it has revealed our weaknesses, our being important to one another, the importance of public healthcare, and the importance of acting together and cooperating for the common good. After years of guilty silence, however, another reality has also surfaced, one that many denied: the reality of poverty and marginalisation”. “We want to talk about poverty. For a very simple reason: poverty must not be hidden. For me, poverty must be fought and defeated. This should be our way of addressing the reconstruction after the socio-economic devastation brought about by the pandemic”.

European Anti-Trafficking Day: Fr. Barrios Prieto (COMECE), “a crime that disfigures both the victims and those who carry it out. Engagement of all needed”

Missions: “twinning” between UK and Malawi. Sister Nilceia, “we persevere in this work because we love God and his people”

Daphne Caruana Galizia: the Council of Europe publishes the last interview on the third anniversary of the murder. “I am a scapegoat”