More than 170,000 civilians have fled the Democratic Republic of Congo since November 2021, their prime destination are the eastern regions of North Kivu and Ituri.  The impact of the pandemic, aggravated by the rising price of foodstuffs due to the war in Ukraine, caused as many as 27 million people to suffer hardships across the country, 7.5 million more than in 2021. The latest fighting between the 23 March Movement (M23) rebels and the Congolese army makes this a very critical time for the country's national security: the conflict risks escalating into a broader regional crisis

The fighting in the eastern part of the Democratic Republic of Congo, in the regions of North Kivu and Ituri, is ranked as one of the world’s most forgotten conflicts, according to a recent report, despite 5.6 million Internally Displaced Persons (IDPs) across the country. 170,000 civilians have fled since November 2021. However, in the last few days worrying reports of clashes between the M23 rebels (March 23rd Movement, ethnic Tutsis, backed by the Rwandans) and the Congolese army ( FARDC – Armed Forces of the Democratic Republic of Congo) returned to be covered by news agencies, a year after the killing of the Italian ambassador Luca Attanasio, alongside Italian Carabiniere Vittorio Iacovacci and World Food Programme (WFP) driver Mustapha Milambo. Attacks on IDP camps also occurred in recent months, with 185 people killed; on a community radio station, while Buganana, a strategic town, has fallen into the hands of the militias. It is a highly critical moment for the country’s security. A 20-year long conflict risks escalating into a broader regional crisis, involving Rwanda, Uganda and Kenya. Insecurity, added to health problems, may also have been the reason for the annulment of Pope Francis’ visit to DR Congo and Sudan, scheduled from July 2 to 7. In fact, the situation escalated on May 25, when rebels arrived within 10 to 15 km of Goma, close to the area where the Pope was due to celebrate Mass. The UN estimates that over 72,000 people have been forcibly displaced from the territories of Rutsuru and Nyaragongo over the past few days. The army managed to push them back only some 60 kilometres. A further 30,000 people fled in mid-June after the M23 strategically captured the town of Bunagana, on the border with Uganda and close to Rwanda. “The population was preparing for the Pope’s visit, gadgets had already been made, many people had taken out personal loans to start businesses in connection with the event”, Daniele Mazzone, AVSI mission chief in the DR Congo, told SIR from Goma, the capital of North Kivu. “The news was received with disappointment – he adds – but it was somewhat expected. The situation of national security started to worsen in mid-March. Everyone was hoping for a message of peace from the Pope to boost their morale.” The people are struggling with a gruelling daily routine of violence, displacement and survival. The impact of the pandemic, aggravated by the rising price of foodstuff caused by the war in Ukraine caused as many as 27 million people to suffer hardship across the country, 7.5 million more than in 2021. People in Goma are taking to the streets, voicing their strong anti-Rwandan sentiments.”

The reasons behind the resurgence of the fighting are extremely complex. Mazzone identified three main causes, besides notorious economic interests concerning the deposits of gold, coltan and other precious materials, namely geopolitical changes following Uganda’s decision to develop three roads connecting the cities of Beni, Goma and Butembo in North Kivu. The Ugandans sent troops to protect their investments from rebel attacks. This new route would have a major impact on local trade, depriving Rwanda of space and moving it towards Uganda. The DR Congo joined the East African Community only a month ago. Theoretically, it should ensure dialogue and stability in the region, but given Rwanda’s support for the M23 (excluded from the peace talks in Kenya), many politicians are already calling for its withdrawal, risking an escalation of tensions between countries. The upcoming general elections, in 2023, represent the third factor contributing to the resurgence of tensions. 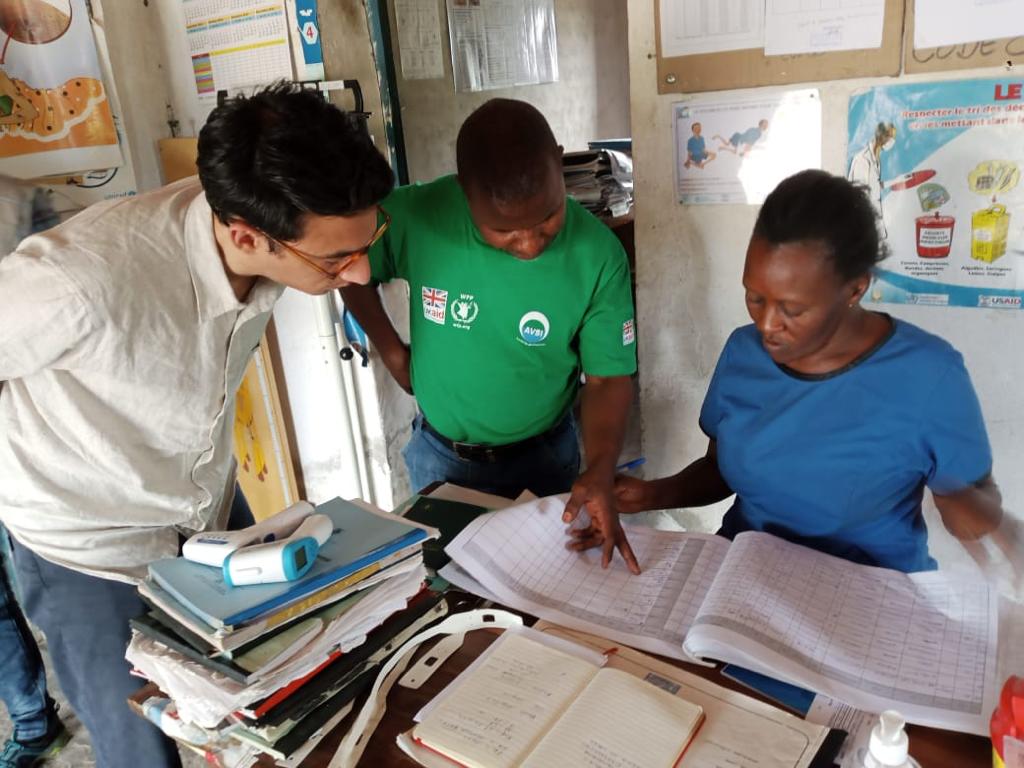 Diplomatic tensions with Rwanda and Uganda are escalating. “These factors have reignited the conflict between the Congolese army, currently joined by other armed groups, and the M23”, Mazzone said. “Tensions with Rwanda and Uganda are now running high, also on a diplomatic level. Unfortunately there are grounds for a regional conflict.” Envisaged scenarios include “at best, continued actions by the usual armed groups with the support of the two neighbouring countries.”

The worst case scenario is the expansion of the conflict to East Congo, with a massive involvement of other States, including Kenya.” 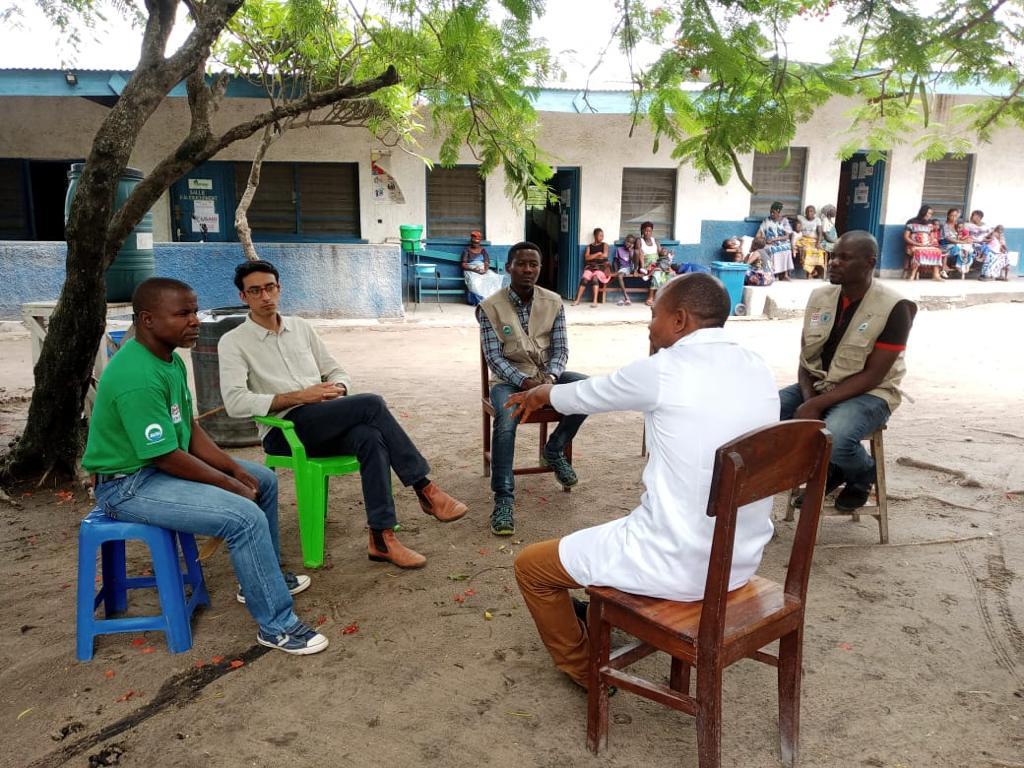 Violence and food insecurity. This dramatic situation direly hits the population, sorely tried by the conflict and growing food insecurity. AVSI, an NGO operating in the DR Congo with 200 aid workers and 9 offices, mostly in the east of the country as well as in the South and in Tanganica, has provided assistance to some 400 thousand people in 2020.  “The local population is suffering from increasing needs,” Mazzone says. ” We distribute food parcels every day, we run projects against malnutrition and for the training of healthcare workers. This work is carried out in extremely risky conditions, given the lack of security in the territories. AVSI is supported by a security department that operates in conjunction with UN agencies to guarantee the workers’ safety, but access for humanitarian workers is fraught with difficulties: “We are allowed into certain zones only from 9 to 10 a.m. or from 1 to 2 p.m. We travel in UN convoys or planes. We have no privacy because all our movements are recorded, and a curfew is in place at 10 p.m. Despite the rigorous security measures, the presence of poorly trained soldiers, with high levels of alcoholism among them, makes the situation very unpredictable. The main source of safety for us is the quality of our interventions, which ensures that we are protected by the population.”

Their primary need, now more than ever, “is for their voice to be heard, to find peace and stability in this forgotten area of the world.”