In the case of Sars-CoV-2 reinfections, the problem is not the virus but who is harbouring it. It is the opinion of Roberto Cauda, Professor of Infectious Diseases at the Catholic University, Director of the Infectious Diseases Unit at Rome's Agostino Gemelli University Policlinic. He argues that there is not enough data to link cases of reinfection to an increased risk of hospitalisation, death, or future illness. The expert said he hopes that a multi-component vaccine, combining the nucleoprotein with Spike for greater efficacy against the variants, may be available soon

Do re-infections with Sars-CoV-2 lead to an increase – or even a doubling – of the risk of hospitalisation and death? And what would a second-generation vaccine need to combat the proliferation of variants? SIR addressed the question to Roberto Cauda, Professor of Infectious Diseases at Rome’s Catholic University, Director of the Infectious Diseases Unit at Agostino Gemelli University Policlinic, and an external consultant to the European Medicines Agency – EMA

Professor, there is growing speculation that re-infection increases the risk of death and the likelihood of adverse events in the future. What is your opinion?

We don’t have a sufficient number of case studies yet to form a conclusive opinion on this point. However, clearly with Omicron the fundamental problem is no longer the virus but the host. If the latter has received at least three doses of the vaccine, he or she has good protection against severe forms of the disease. Evidently, unvaccinated newly infected persons lack this protection, because natural immunity does not provide – especially in those infected with pre-Omicron strains – any protection. Omicron itself – now referred to as variant soup of Omicron- features an array of sub-sub-variants that may themselves be the cause of immunoevasion. Personally, I have not yet seen data on large case series telling us that re-infection, which occurs mainly with Omicron, significantly increases the degree of severity and the likelihood of death in a disease of lesser severity such as those caused by the Omicron strain, and where damage to the lungs occurs in a small proportion. The difference can depend on who ‘harbours’ the virus. If a person has had an infection, and is reinfected despite being vaccinated, but has a heart attack, for example, this may create a serious problem.

Therefore, adverse events can occur in people who are more vulnerable either because of their age or because of underlying diseases. 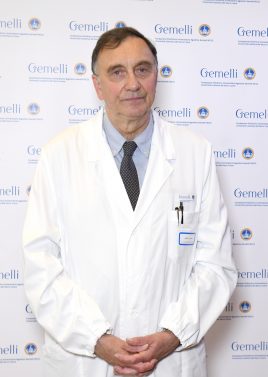 The new XXB variant is causing concern in the United States. What is it?

It is a hybrid variant – we still have limited information about it, further studies are needed – again from the Omicron 5 lineage. The presence of new variants always raises concern, but I am optimistic. Given the large number of vaccinated individuals, I don’t expect it to cause any great damage in our country.

For the past two years, Professor Antonio Cassone, a member of the American Academy of microbiology, and myself – we were among the first, albeit not the only ones – have been advocating the need to work on a multi-component vaccine against COVID-19, which would be effective against several variants, broadening the antigenic composition of second-generation vaccines. On this subject, we published a study in November 2021 in the journal Vaccine upholding

the importance of combining the Spike with the highly immunogenic nucleoprotein, which also undergoes mutations, although considerably less frequently.

It would be a way to have two different targets that would enable us to deal with the situation more effectively.

This appears to be the line of direction for Pfizer and BioNTech’s new vaccine candidate, on which the pharmaceutical company has announced the start of a Phase 1 clinical trial…

This is very good news because it is likely to be much less susceptible to variants.