The "Empori della solidarietà" (solidarity and charity Centres) have stepped up efforts in response to the food crisis, while in many dioceses dedicated "funds" have been created or enhanced to help “the new poor” and all those affected by the social impact of the pandemic. These measures have been put in place by the Italian Church, via local Caritas networks, to overcome the "social divide" caused by the pandemic. Interview with Don Francesco Soddu, director of Caritas Italy

Increasing forms of relational and psychological distress as well as various forms of depression, growing disorders connected with loneliness and isolation. Conflict between spouses and domestic violence. Economic poverty due to job loss and dwindling incomes, to the extent of not having enough money to pay the rent or the mortgage. Parents reporting challenges with distance learning. “The pandemic caused a widespread feeling of disorientation and anxiety”, said Fr Francesco Soddu, director of Caritas Italy, interviewed by SIR. He has been monitoring the various alarm signals at local level coming from diocesan and parish Caritas organisations and community counselling centres, the first to perceive social needs and transformations. The “social divide” and the ” new poverty crisis” identified by Cardinal Gualtiero Bassetti, archbishop of Perugia-Città della Pieve, President of the Italian Bishops’ Conference, in his last speech to the Permanent Council reflects the impact of the pandemic. Recent Caritas data indicate that in 2020 the proportion of people living in poverty increased from 31% to 45%: almost one person in two turning to Caritas has done so for the first time. We addressed the issue with Fr Soddu. 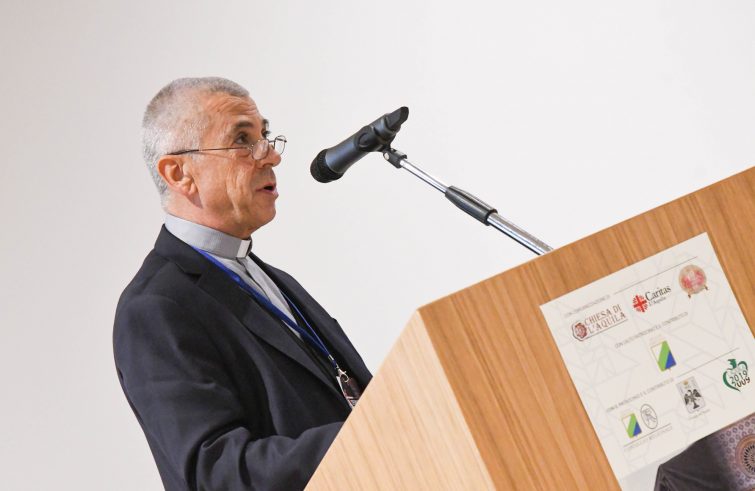 Who are the “new poor” of the pandemic?

The term “new poor” refers to people experiencing difficulties for the first time, including relational and psychological distress in addition to economic deprivation, leading them to ask for help. The majority are

unemployed, people in undeclared jobs suspended as a result of restrictions imposed by the lockdown, furloughed employees yet to receive ordinary or redundancy pay, precarious

or temporary workers whose jobs did not envisage social security benefits.

What kind of problems have been reported by the Caritas network and the community counselling centres?

The Caritas diocesan centres are reporting an increasing number of difficulties linked to financial poverty, caused by job loss and dwindling incomes, unaffordable household expenses (rent or mortgage). Yet new problems emerged alongside existing needs, exacerbated by the pandemic.

These include parents reporting challenges in distance learning,

notably in terms of not having access to the appropriate equipment – tablets, PCs, wi-fi connections. On top of this they experienced difficulties in following their children’s lessons or helping them with homework.

How is the Church in Italy helping and planning for the post-pandemic phase?

Church efforts and actions are all-encompassing since the impact of the virus is not only medical and health-related. It also has psychological, social, economic and political consequences, unfortunately greater for the most vulnerable and poorest individuals, families, social groups and countries, already victims of the globalisation of indifference and discard. The overall consolidation of all the services offered by dioceses in our country deserves special emphasis. In particular,

The “Empori della solidarietà” (Solidarity Centres) have stepped up efforts in response to the food crisis, with the creation or expansion of dedicated funds in many dioceses

to meet the needs of those who lost their jobs or remained unemployed as a result of the pandemic. In any event, even in this situation a decisive role is played by the Diocesan and Parish Caritas charities and counselling centres, which, despite the ongoing restrictions, continue to be evidence of a Church that is attentive and helpful to those in need, offering a variety of innovative responses. Besides material aid,

listening and relating to those in need, helping them not to feel abandoned, to strengthen their self-esteem and find the courage to move forward is of the utmost importance.

Which are the values that inspire your social commitment?

Human fraternity and solidarity must be the heart and compass during this difficult time. With great generosity everyone should share their personal values based on humanity, faith and charity to create communion. These are the fundamental prerequisites for constructively tackling the present problems and planning a future freed from all pandemics: hunger, war, lack of education and work, etc. .

Isolation and loneliness are causing a number of problems, including a rise in illnesses linked to psychological distress. What is your experience?

The pandemic caused a widespread feeling of disorientation and anxiety in everyone. Caritas reported many worrying cases of psychological distress. During the lockdown, ” psychological-relational distress”, problems linked to “loneliness” and depression have noticeably increased. Local agencies also reported an increase in family problems, i.e.

conflicts between spouses, violence, difficulties in caring for young children or family members with disabilities, tensions between parents and children.

Economic difficulties, living with children and adolescents forced indoors, had a considerable impact on many. Parents reported their children’s difficulties in being separated from their friends, younger children confined in narrow spaces and not being able to run and play with their peers. On the other hand, while most adolescents suffered being forced to stay home, some of them entered a state of self-isolation. Finally, let us not overlook the problems of

volunteer workers who frequently felt helpless in response to excessive requests for help,

and difficulties in adapting to services that needed to be changed to ensure their viability.