"An unexpected, brutal and unjustifiable war." With these words Cardinal Bassetti opened the Bishops' Assembly - during which he will end his term of office - referring to the war in Ukraine. He also gave an assessment of his presidency, with words of gratitude to Pope Francis

Cardinal Gualtiero Bassetti, archbishop of Perugia-Città Pieve and president of the Italian Bishops’ Conference, opened the 76th General Assembly of Italian bishops taking place in Rome until May 27, with a word of thanks to Pope Francis, “for the trust he has consistently placed in me and for the journey we have travelled together in service to the Church.” “These years have further strengthened my belief in the important role of the Italian Bishops’ Conference, and in particular of this Assembly”, is the Cardinal’s assessment upon terminating his mandate, which over the past three months was marked by “a war that was as unexpected as it is brutal and unjustifiable” in Ukraine. “Communion and mission” are the key words for the future, where thanks to the Synod “a new ecclesial season, brimming with extraordinary opportunities for growth, can be glimpsed. A true season of the Spirit.” “We are reversing the pyramid”, the Cardinal went on to explain with regard to the first stage of the synodal journey, dedicated to listening: “We Shepherds are no longer at the beginning of every ecclesial process. Rather, we represent the terminal of a journey that involves many people of good will.”

The task of the bishop, the Cardinal recalled, is precisely that of “being a father.”  Just like Giovanni Falcone and Paolo Borsellino, whom we are commemorating these days and who, together with the other martyrs of justice, “became fathers to a new generation, shaping the consciences of young people most of all.” Bassetti addressed young people quoting from Tonino Bello: “Lead a good life, you only get to live it once: don’t burn your life down! Your life is beautiful, especially if you put it at the service of others. That is the way not to lose it. You will lose sleep, but not life. You will lose tranquillity, but not life. You will lose many things, but not life!” His thoughts went back to April 18, during the first major in-person event of the Church after the pandemic: “Thousands of teenagers coloured St Peter’s Square, which had been empty during the pandemic. On that occasion we were overwhelmed by their enthusiasm and affection. Their reflections challenged all of us adults to remain receptive to the needs of the younger generations. Their presence is an encouragement for the responsible and creative resumption of educational activities.”

Concern for young people also means reaffirming “our commitment for the protection of minors and the prevention of abuse – the Cardinal assured: “We want safe environments that are tailored to the needs of the youngest and most vulnerable persons. Hence, as emphasised on previous occasions, we intend to promote a greater knowledge of the phenomenon of abuse in order to evaluate and enhance the effectiveness of protection and prevention measures.” 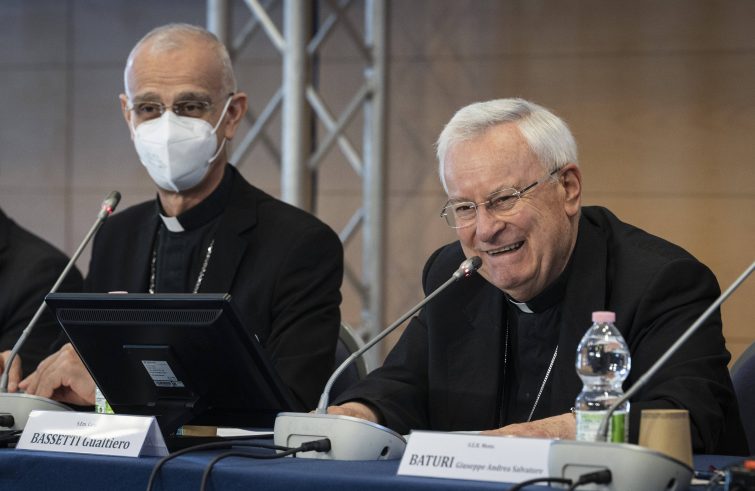 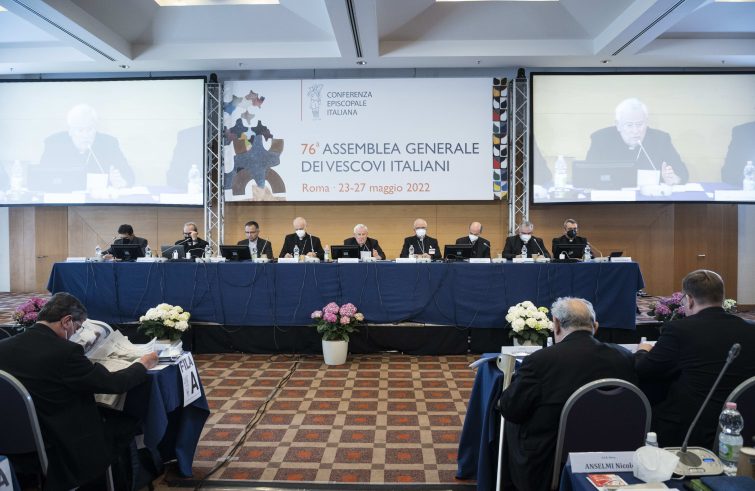 “If the Church truly lets herself be infused by the Spirit, she might also become the critical conscience of society and thus be subjected to its hostility,” Bassetti’s provocation for political commitment: “While respecting the full distinction of roles, as Shepherds we too must not fail to make our voices heard when we feel that persons, especially the weakest, are at risk.” The “sensitive issues” which the political world is being asked to deliberate on include: “our country’s involvement in the ongoing war in Ukraine, the enactment of the National Recovery and Resilience Plan, financial support for families and businesses, the issue of the South of Italy, the environment, immigration, and end-of-life.”

“A Church that listens to the voice of the Spirit is also a Church that knows how to disturb political leaders when necessary, asking them to ensure high-level debate, to depart from purely economic considerations and to prioritise the dignity of the human person, of every human person”, said the President of the Italian Bishops’ Conference, who highlighted recent data from Caritas Italy showing that “Italian dioceses, drawing on diocesan funds, are carrying out reception and integration activities. To date, 148 dioceses have given hospitality to almost 11. 000 Ukrainians, including approximately 5,000 minors.”

His Eminence also made a strong appeal to lay Catholics: “Today more than ever, the Catholic believer must acknowledge the inherent dangers of political charity, which by its very nature is subject to the rifts that come with difficult choices, to the fatigue of decisions not universally understood, to the disturbance of contradictions and sustainable conflicts, and to the ever-wider margin of error constituting a constant threat.” “The Christian politician follows the road from Jerusalem to Jericho, he does not look the other way for fear of contaminating himself, he does not withdraw into his own private affairs”, is the identikit outlined by the Cardinal. “It’s a delicate job, no question about it: not only because he must avoid clericalising politics, but also because he must shun all forms of fundamentalism, which would reduce the Gospel message to a social ideology.” “The exercise of political activity must remain secular”, he clarified. In his closing remarks, His Eminence made an appeal to

“enhance the feminine dimension of the Church through concrete decisions that legitimise the role that so many women already play in various ambits ranging from catechesis to charity.”

“The time has come to make new choices so as to allow for greater involvement of women in the life of the Church”, asserted Bassetti: “Our Church and our way of being Church have a lot to learn from Mary and from the female figures in the Gospel.” Finally, he referred to the definition of the three names that the bishops will have to designate for the appointment of the new president of the Italian Bishops’ Conference: “It is not an administrative process, but rather an action to be carried out according to the Spirit. I extend my best wishes to my successor and I hereby promise to pray for him from this very moment.”