“Renewed commitment of the Church for the people of Syria, Iraq and the entire region; increased proximity and closeness to local Christians so they may remain in their home countries and not feel abandoned.” It is equally urgent to “lift the sanctions against Syria, whose impact affects the poorest people, and respond effectively to the pandemic." These are some of the highlights of the meeting on the Syrian and Iraqi humanitarian crisis held yesterday (online) on the initiative of the Dicastery for Promoting Integral Human Development. SIR interviewed Msgr. Segundo Tejado Muñoz, Under-Secretary of the aforementioned Dicastery

Approximately 50 Catholic NGOs, representatives of local episcopates and ecclesial institutions and religious congregations operating in Syria, Iraq and neighbouring countries, as well as the Apostolic Nuncios of the area, attended yesterday’s online meeting on the Syrian and Iraqi humanitarian crisis, the fourth such meeting. Pope Francis sent a video message to participants, directing his thoughts to all those “who have been forced to flee their homes due to the horrors of war, in search of better living conditions for themselves and their loved ones” and to the plight of local Christians “who fled the place of their birth, where their faith first blossomed and thrived.” “We must work to ensure that the Christian presence in these lands continue to be what it has always been: a sign of peace, progress, development, and reconciliation between peoples,” the Pope said.

Working towards integral human development. “It was an important and necessary meeting in order to constantly remain vigilant on the Syrian crisis that risks being neglected especially at this time of pandemic – Monsignor Segundo Tejado Muñoz, Under-Secretary of the Dicastery for Promoting Integral Human Development, told SIR. COVID-19 is exacerbating the challenges faced by humanitarian agencies active locally, not only in Syria, in terms of mobilizing and carrying out humanitarian programs in this area, afflicted by long-standing crises, tensions and wars.” During our meeting, we agreed on the urgent need to

“work on the transition from the emergency phase to integral development”

According to the Under-Secretary, “security measures must be ensured first of all to allow internally displaced families and refugees to return to their homeland and to their homes. It should be remembered that millions Syrian refugees sought safety in Lebanon, Jordan, and Turkey. It is necessary to work for their safe return. But unless development and security are guaranteed, families are unlikely to return to their places of origin. The same is true for Iraqi refugees”. 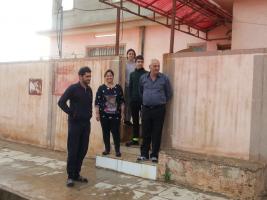 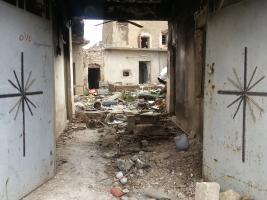 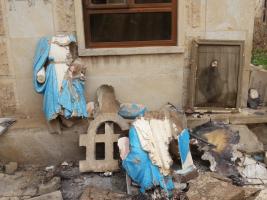 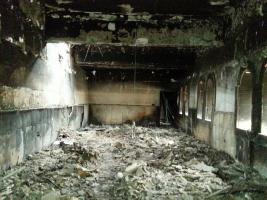 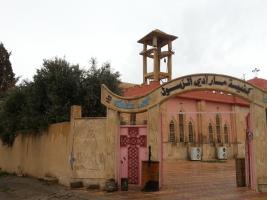 Indeed, one of the issues most dear to Pope Francis is the return of refugees and displaced persons, many of them Christians, to their villages. “In his video-message, the Pope asked that the Christian presence in these lands continue to be a sign of peace, and reconciliation between peoples. Christians have always acted as a bridge connecting the different faiths and ethnic groups in the Middle East, their presence is important for the progress of peace and stability in the Countries where they live.” The situation in Iraq was equally mentioned, calling for “the return of Christians to the Nineveh Plains.” In this respect, the news of the Pope’s apostolic visit to Iraq at the beginning of March 2021 “was unexpected, bringing much joy and a ray of light in Iraq, but I would say throughout the Middle East. The visit will offer great hope to these peoples afflicted by the war and the pandemic.”

Remove sanctions against Syria. The topic of “sanctions” was also discussed during the meeting, addressed specifically by the Apostolic Nuncio to Syria, Card. Mario Zenari and by the Secretary-General of Caritas Internationalis, Aloysius John.

“Internationally-imposed sanctions have serious economic consequences, as they prevent the local population from accessing goods essential to sustain life,” declared the Under-Secretary.  “This is why the Church must draw ever nearer to the vulnerable, the poor, primary victims of the impact of the embargo and the sanctions. Hence the need to work towards the lifting of sanctions was jointly acknowledged.” 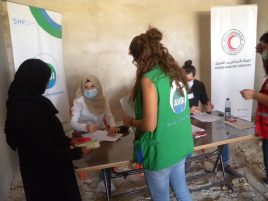 Future prospects. Participants in the meeting identified a number of working points for the future, which Msgr. Tejado Muñoz summarized as follows: “Coordination and communication, training of local workers and synergies: this is the way forward to optimize resources and projects, avoiding unnecessary duplication of effort. This work is already on track and must be put in place. Caritas Internationalis and AVSI offered to hold the training courses, a first preparatory meeting will be held next week.” Humanitarian agencies operating locally proposed “an interlocutor to discuss the projects, and I believe that the Holy See could have a role in this context”, the Under-Secretary said. “Coordination and synergy are needed to broaden the scope of humanitarian aid and to network with other agencies, such as the UN. The purpose is to avoid wasting resources and time, stepping up the efficiency of relief efforts and meeting the peoples’ needs.  In the midst of a pandemic this is a priority.”

Over 1 billion dollars since 2014. The conflict in Syria and Iraq caused one of the most serious humanitarian crises in recent decades. In addition to diplomatic activity, the Holy See is actively involved in humanitarian aid and assistance programmes. Since 2014, the Church’s network has allocated more than $1 billion in emergency response, reaching more than 4 million individual beneficiaries per year. According to UN sources, there are currently still 11 million people in need of humanitarian assistance in Syria, while more than 6 million are internally displaced persons (IDPs);  in Iraq, more than 4 million people need humanitarian assistance, with over  1 million IDPs. Lebanon, Turkey and Jordan are also hit by a  humanitarian crisis.