“Every European should learn what happened. How and why the Holocaust took place. To keep the promise of never again”, said the Secretary-General Marija Pejčinović Burić at the Council of Europe ceremony today, marking the International Day of Commemoration in Memory of the Victims of the Holocaust. 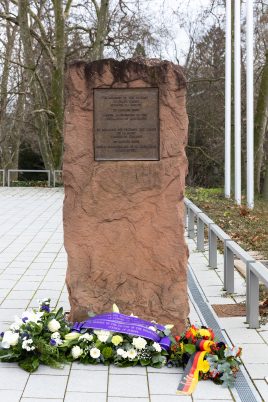 Addresses were delivered by the Federal Minister for Foreign Affairs of Germany, Annalena Baerbock, by the President of the Ministers’ Deputies and Permanent Representative of Iceland, Ambassador Ragnhildur Arnljótsdóttir, by the Ambassador of Israel to the international institutions in France, Haïm Assaraf, and by the Rabbi of the Jewish community of Frankfurt and President of the Orthodox Rabbinical Conference of Germany, Avichai Apel. The President of the Parliamentary Assembly, Tiny Kox, delivered the closing remarks. The solemn ceremony was concluded by a laying of wreaths in front of the commemorative stone on the forecourt of the Council of Europe’s headquarters and by a moment of reflection.

Holocaust: Pejcinovic Buric (CoE), “Every European should learn what happened. To keep the promise of never again”

Balkans: joint session of the Bishops of Croatia and Bosnia and Herzegovina. Pastoral care for the faithful abroad and Caritas aid to the Bosnians

Romania: registrations begun for the Lisbon WYD. Father Roca (CER) to SIR, “attending is an opportunity to rediscover the history and value of the World Youth Days”