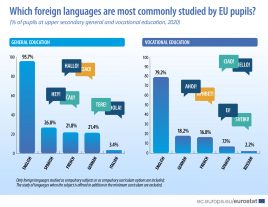 European Day of Languages: what tongues are studied in the EU? English top of the list. Italian at the bottom

Synod: Austria, results of national consultation. “There is much to preserve and much to innovate”