“Courage has a name, and that name is Ukraine”: this was stated by Ursula von der Leyen, president of the European Commission, as she opened her State of the Union Address in front of the European Parliament, gathered in its plenary session in Strasbourg and attended by Ukraine’s president Zelensky’s wife. 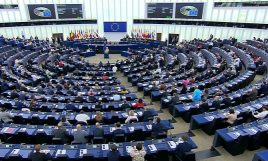 All of the first part of the address was focussed on Russia’s attack against Ukraine and the country’s resistance. “It is also a war on Europe, on our values, on our daily life”. But today Russia, she explained, has no further resources: we need to go on with our sanctions to bend Russian economy. And let’s go on with financial and military support to Kiev.

Pope in Kazakhstan: Mass in Nur-Sultan, “peace is never achieved once and for all”

EU: Von der Leyen, State of the Union Address. “Courage has a name, and that name is Ukraine”. Sanctions against Russia and support to Kiev go on