(from Strasbourg) The various members of the Plenary of the Conference on the Future of Europe are meeting at the European Parliament’s headquarters in Strasbourg today to prepare their work. The first to meet in the hemicycle this morning were 108 European citizens, 80 representatives of the 4 panels, 27 delegates (one from each EU country), and a representative of the European Youth Forum. “May each of you speak not for what you personally think, but for what you represent here”; “listening, together with speaking, is key to the Conference’s success” – these are the recommendations repeated several times by Yves, a member of the moderation team who accompanies citizens in every step. It is to this external, non-political team that the joint secretariat of the Conference has entrusted the task of acting as a secretariat for the citizens that, from every corner of Europe and from the most diverse contexts, are contributing to the Conference. 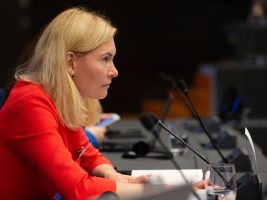 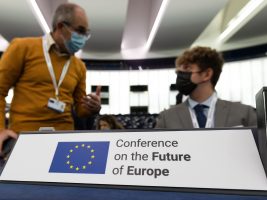 The citizens’ representatives have received the basic information for tomorrow’s session, and have neatly distributed among themselves the speaking time during the plenary, making sure that each one only speaks once. The day will continue with the meetings of the thematic working groups on selected topics; this will be followed by a meeting of the representatives of the Council, the Commission, and the Parliament’s political groups. Tomorrow at 9 am, the over 430 members of the Plenary will begin their exchange of views in a hybrid format, some in the hemicycle and others connected remotely.

EU Commission: Erasmus+, measures to allow “many more people to learn or volunteer in another country”

EU Parliament: the plenary session warns Poland again. “No funds to those who do not adhere to our common values”. Plenary session of the Conference on the Future of Europe starting in Strasbourg today

Pope Francis: to Bartholomew I, “closeness between our Churches is an indispensable contribution to universal brotherhood”