“It is necessary to reaquire and deepen the true meaning of law in the Church, the mystical Body of Christ, where the Word of God and the Sacraments are pre-eminent, while the juridical norm has a necessary but subordinate role in the service of communion”. Pope Francis said this as he received in audience the participants in the plenary assembly of the Pontifical Council for Legislative Texts, whose task – Pope Francis explained – is to promote “a genuine legal formation in the Church, which makes people understand the pastoral nature of canon law, its instrumentality in the order of the salus animarum (canon 1752), and its necessity for obedience to the virtue of justice, which also must be affirmed and guaranteed”. In this perspective, Pope Francis called “timely” Pope Benedict XVI’s invitation to seminarians, which also applies to all the faithful: “Learn to understand and – dare I say it – to love canon law, appreciating how necessary it is and valuing its practical applications: a society without law would be a society without rights”. “Making people understand and applying the canon law is no ‘hindrance’ to the alleged pastoral ‘effectiveness’ of those who wish to solve problems without the law – the Pope explained -, but rather a guarantee of the search for solutions that are not arbitrary, but truly just, and therefore, truly pastoral. By avoiding arbitrary solutions, the law becomes a bastion that truly protects the outcast and the poor, a protective shield for those who risk falling prey to people in positions of power”. “We see this today, in a context of piecemeal World War, we see there is always a lack of law, always. Dictatorships – Pope Francis warned – are born and grow without law. In the Church, this cannot happen”.

“Even the penal law is a pastoral tool, which must be considered and accepted as such”, Pope Francis suggested. For him, “the Bishop should increasingly be aware that in the Church of which he is the pastor and the head, he is also a judge among the faithful entrusted to his care”. “It is only when an Ordinary has ascertained that it is impossible by other means of pastoral solicitude to sufficiently repair the scandal, restore justice, reform the offender – the Code of Canon Law states – that he can initiate a judicial or administrative process to impose or declare appropriate penalties to achieve the purposes”. “The penalty is always the extrema ratio, the last remedy to resort to, when all other means of achieving compliance have proved ineffective”, Pope Francis explained: “Unlike civil law, the Church’s law always has a pastoral significance in that it aims to achieve not only compliance, but also reparation and above all the good of the guilty. The goal of reparation is to restore, as far as possible, communion as it was prior to the offence being committed. Indeed, every offence affects the entire Church, whose communion has been violated by those who, by their behaviour, deliberately attack it”.

Hence the need to “update the penal law to make it more homogeneous and suitable for the new situations and problems arising from the current socio-cultural context, and to offer tools facilitating its application”. 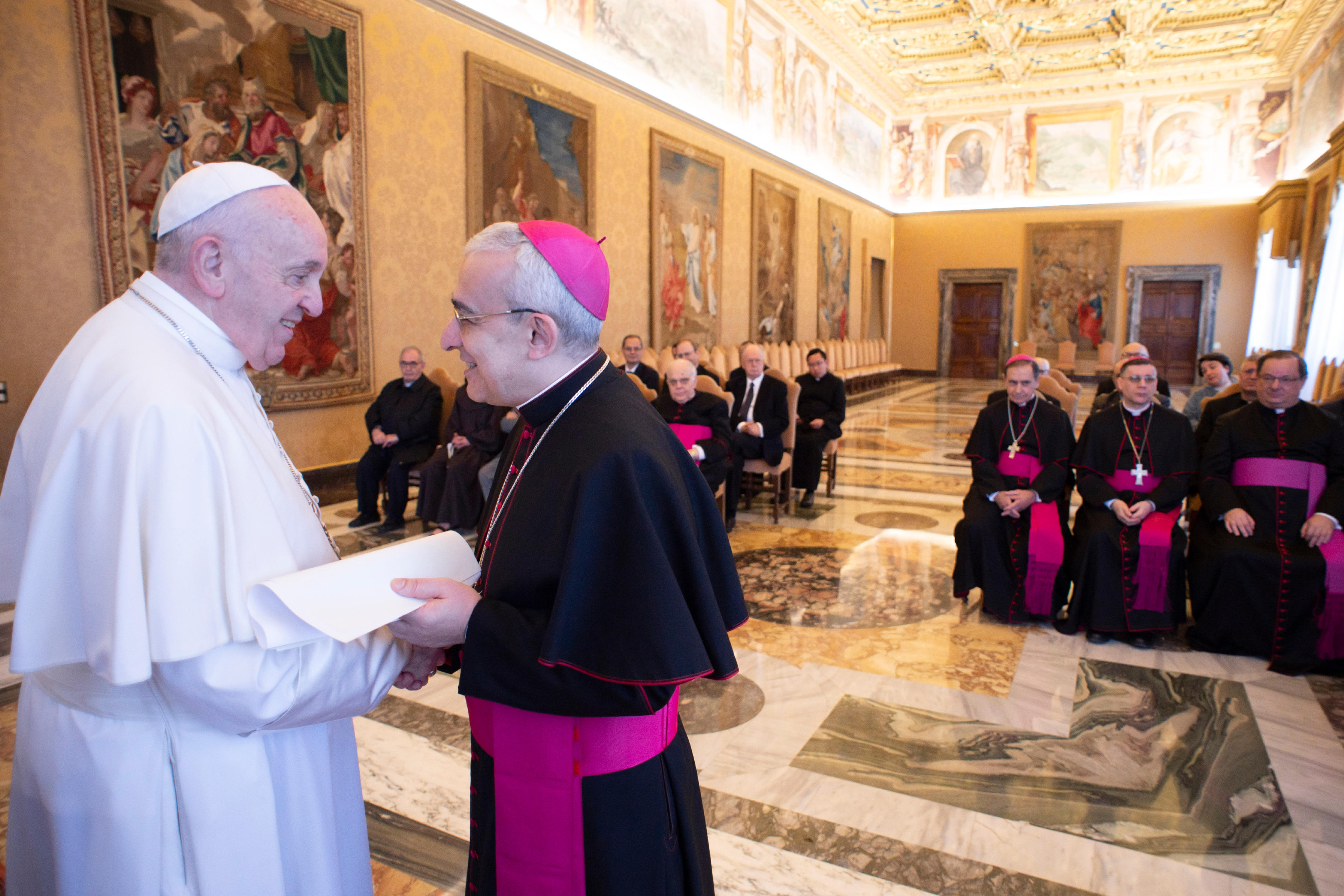 Pope Francis: to young priests and monks from Eastern Orthodox Churches, “seeds of faith and hope in regions marked by violence and war”

EU: every year, 75 million victims of crime. Commission working at a “strategy” that will provide equal rights regardless of the place where an offence happens

Pope Francis: to Pontifical Council for Legislative Texts, “dictatorships are born and grow without law” but “this cannot happen in the Church”