Following Iraq's October 10th, 2021 elections, eight months away, Iraq's political gridlock continues. Only a few days ago all 73 deputies from Shiite cleric Muqtada al-Sadr's bloc resigned from parliament. This move further complicates the appointment of a president and consequently the formation of a majority government. It opens the door to new elections and popular protests throughout the country. Speaking to SIR, the Chaldean Patriarch of Baghdad, Card. Louis Raphael Sako, comments on the situation

“It’s a disaster. Everything is deadlocked, no one knows how things will play out and what could happen next. The idea of national unity is non-existent, a sectarian mentality prevails. Political groups and ruling factions serve partisan interests as opposed to pursuing the common good and national interest. In so doing, they annihilated patriotic sentiment.” 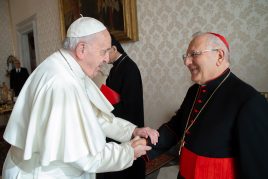 Speaking to SIR, Cardinal Louis Raphael Sako, the Chaldean Patriarch of Baghdad, expresses his disappointment at the political gridlock in Iraq in no uncertain terms. The crisis has been dragging on since October last year, when Shia Muslim cleric Moqtada al-Sadr – one of Iraq’s most influential figures in the country – triumphed in the polls. His movement won 73 seats in parliament (out of a total of 239). Since then, all attempts to elect an Iraqi president, a necessary step for the formation of a new government, have failed. On several occasions in official statements, the Cardinal highlighted the urgent need to overcome the institutional stalemate and give the country a strong and stable government.

Money and power. For the patriarch, this situation is caused by a ”thirst for money and power.” “Money and power – he explains – fuel this sectarian mentality, especially now that oil prices have soared yet again.” Moreover, the fact that Muqtada al-Sadr asked all 73 deputies of his political movement to resign is a cause for concern: “The entire bloc resigned”, the Cardinal remarked, “and that’s a pity because he emerged as the biggest winner of Iraq’s parliamentary election.” Turning to Iraq’s political landscape today, Mar Sako points out:

“I see no real desire or willingness to create a sovereign, democratic State based on citizenship, progress, stability. The country faces many challenges and these challenges are overwhelming, but without dialogue, ideas and willpower, they will be hard to tackle.”

“They only want to pursue their own sectarian interests and therefore there is no desire for dialogue, and worse still, for listening. A courageous and loyal dialogue is needed, now more than ever. Unfortunately – reiterates the cardinal – all involved parties set out their conditions, and this does nothing but cause a harmful stalemate that is likely to result in new elections.” What emerges is a splintered scenario with “evident rifts in the Shiite camp, between Muqtada al-Sadr and his Iran-backed Shiite rivals. Divisions also exist among Sunnis and amongst the Kurdish factions. Fragmentation is not the ideal setting for making sound and important decisions.”

“There is a lack of freedom because these groups are dependent on regional players and international politics. Many countries – denounces the Chaldean Patriarch – don’t want a strong, stable, united and prosperous Iraq. It is not in their interest.”

Escalating crisis. This crisis has visible consequences which, the Cardinal adds, “weigh heavily on citizens and on the poorest brackets who see no future prospects and are left without hope. Over the last few months, also due to the severe drought and the war in Ukraine, prices of key consumer goods have soared. Agricultural output is scarce, as is Iraq’s industrial production. In fact Iraq imports many of those products. We are starting to run out of wheat. But policymakers have no such worries.” Hence Mar Sako’s forecast: “I believe that al-Sadr will capitalize on popular discontent and he will try to hinder the formation of a new government by staging widespread protests.” Against this complex backdrop, Christians lack the strength to make an impact: “As Christians, we are not represented in the political arena. 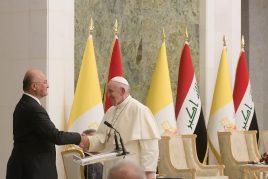 Four of the five seats assigned to Christian candidates by the national election system went to the Babylon Movement linked to the pro-Iranian Shiite militias opposed to al-Sadr. These candidates are denied the freedom to propose ideas and projects. In contrast, the Christian community is far more respected, also thanks to the visit of Pope Francis (5-8 March 2021), which has contributed to broadening people’s mindsets, but not those of politicians. Let us hope that among our politicians – he concludes – personalities that care about the good of Iraq and its people will soon emerge.”