Despite the humanitarian ceasefire agreed at the end of March by the Ethiopian government and the Tigray People's Liberation Front (TPLF) to allow the delivery of aids frozen since last December, millions of people are suffering a terrible famine. The plea of Adigrat's bishop and the words of Fr. Mussie Zerai and Fabrizio Cappelletti from Italian Caritas. Last year, Caritas Italy, the Italian Bishops' Conference's pastoral charity, allocated €500,000 to an emergency aid programme financed through the eight per thousand tax credit

A major humanitarian crisis is unfolding in Ethiopia’s disputed Western Tigray zone. Although a ceasefire was announced in late March by the Ethiopian government and rebels affiliated with the fighters of the Tigray People’s Liberation Front (TPLF) – with armed strife ongoing since November 2020 – a devastating famine and difficulties in accessing humanitarian relief supplies have left millions of people without food. A study conducted by the Belgian University of Ghent in mid-March estimated a possible scenario of 500,000 deaths from the war, with between 150,000 and 200,000 starvation deaths, or due to lack of medical care. The bishop of the Eparchy of Adigrat, Abune Tesfaselassie Medhin, the only diocese in Tigray with a small Catholic minority, made a desperate appeal for help in the past few days. The majority of the local population is Orthodox, with a small presence of Muslims. The bishop sees women, men and children literally dying of hunger every day. He launched a cry for help: hospitals and schools have been destroyed (1.7 million children have no access to education), there is a lack of food, medicine, electricity and access to communication networks, salaries have been frozen, banks have been shut down and circulation to and from Tigray is prohibited. Brutal crimes are ongoing. On March 3 a total of 11 people, including 9 Tigrayans, were torched alive in Ayisid Kebele. According to a recent Report by Amnesty International and Human Rights Watch, Tigrayan civilians have been subjected to “merciless ethnic cleansing” marked by massacres, extrajudicial executions, sexual violence and arbitrary arrests by government armed forces, allied militias and Eritrean armed forces allied with Ethiopia. Although the ceasefire agreement envisaged access to humanitarian aid, which had been blocked or intercepted, some observers suspect that the central government has a keen interest in maintaining the siege. 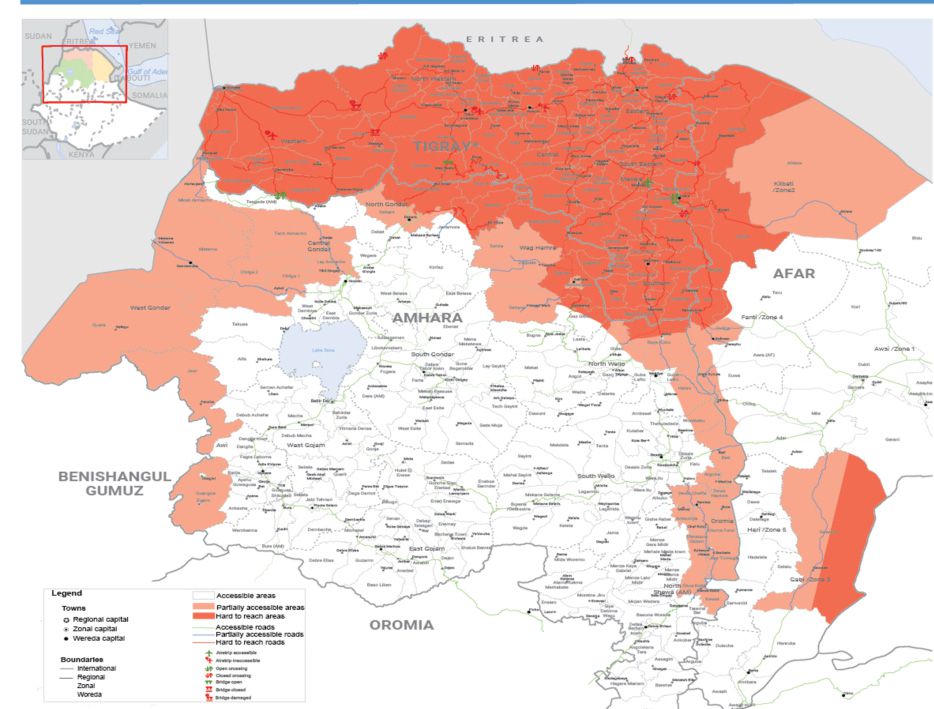 Only ten to fifteen per cent of total required aid reaches destination. The OCHA, the UN office for the coordination of humanitarian affairs, announced in its latest report that 20 convoys of food, emergency supplies and fuel for 73,000 people was sent overland at the beginning of April. It was the first time since December. Additional aid, equivalent to 11 truckloads, was delivered via aid flights from Addis Ababa to Makallé. An estimated 5.2 million people needed food every six months but UN agencies could only help 1.2 million. At least 3.9 million people needed medical care. A total of 1.2 million people have been displaced since the outbreak of the conflict.

“The people of Tigray are in a state of despair because of their isolation” Fr. Mussie Zerai, president of the Habeshia agency, in constant contact with the local Church, told SIR. “Despite the ceasefire, hunger is used as a weapon of war. Cargoes of humanitarian aid disappear into thin air. Food is in short supply also in the Catholic parish of Adigrat, home to many religious communities and priests. “The bishop now feels abandoned and left alone. He is afraid to speak out. But people continue to suffer and to die”, says Fr Zerai. “The health care facilities of the Catholic Church have also been destroyed. People die for trivial causes: because they cannot receive insulin to treat diabetes or because they cannot receive treatment for Covid-19 owing to a shortage of respirators and healthcare facilities. Many people are starving to death.”

As many as 1.7 million children no longer go to school, he continues, “and the level of education has gone back thirty years.” For the priest, after 17 months of “war, destruction and human devastation, rape and abuse of women and children,

an International Court should be set up to investigate war crimes.”

Following the devastation of crops by locusts and the drought, war and famine have spread to the southern regions of Amhara and Afar on the border with Kenya. “The central Government is now trying to eliminate the Oromo armed ethic group that struck a military alliance with the Tigray forces in the north”, he remarked.

External geopolitical interests, as in all conflicts. “Egypt is keen to undermine Ethiopia over the Nile dam issue,” says Habeshia. “Saudi Arabia, the Arab Emirates and Turkey support the Ethiopian government, while the US supports the Tigrinya. Multiple overlapping interests compete for regional hegemony and control of the Red Sea, which handles around 70 per cent of global trade”. 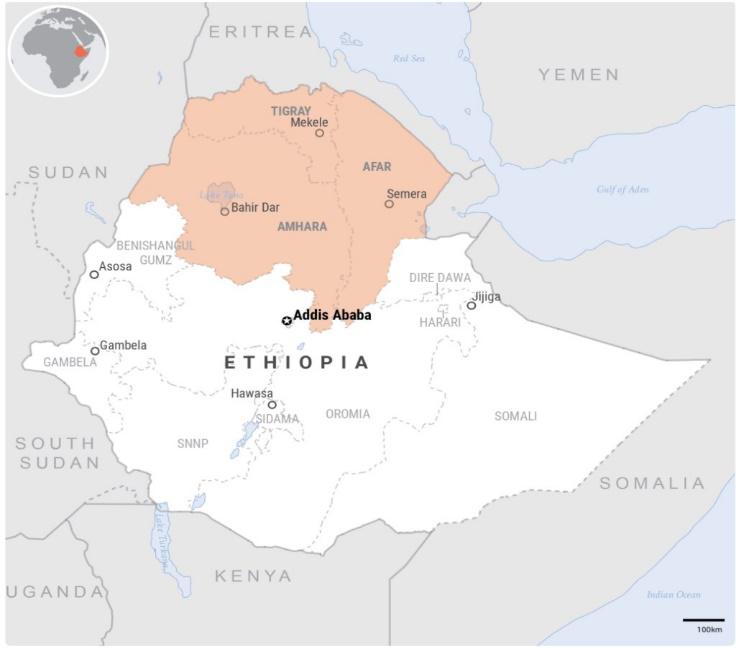 Italian Caritas’ humanitarian aid. Fabrizio Cavalletti, in charge of Caritas Italy’s office for Africa, confirms the severe problem of access to humanitarian aid in the Tigray region. Last year, Caritas Italy, the Italian Bishops’ Conference’s pastoral agency, allocated €500,000 to an emergency aid programme for Ethiopia, mainly in the region of Tigray. The relief efforts, carried out through Caritas Ethiopia, focused on responding to essential needs by providing basic necessities, resumption of agricultural production (seeds, tools, etc.), health, water and sanitation. Due to logistical difficulties, partial support was given to a Doctors with Africa-Cuamm programme providing emergency medical assistance to seven health centres, six in Tigray and one in the Amhara region.

“It is a forgotten war that no one is reporting about. And the fact is that the truth is hard to determine,”

says Cavalletti. “The devastating famine is a result of the conflict and of the full embargo on access to goods and transfer of funds. Commodities, food and medical supplies arrive in dribs and drabs, but there is no understanding about whose responsibility it is, whether the central government or the rebels. It would seem that the government is placing a siege on the people to starve them, but there is a shift of responsibilities.

What we know for sure, unfortunately, is that people are dying of starvation.”