In the past seventy years 2,060 people were sent from Italy for projects, with 239 hospitals served in 43 countries. These are the figures of Doctors with Africa CUAMM, the first NGO focused on healthcare to be recognized by the Italian government and the leading Italian organization for the promotion and protection of the health of African populations. In Africa the pandemic is now having a severe impact on poverty, vaccines, malnutrition and safe births

In its 70-year history 2,060 people were sent from Italy for projects, 239 hospitals were served, 43 countries of intervention, 1,139 students were admitted to its College. These are the numbers of Doctors with Africa CUAMM, the first NGO focused on healthcare to be recognized by the Italian government and the leading Italian organization for the promotion and protection of the health of African populations. Founded on December 3, 1950 in Padua (Italy), it now has branches in Angola, Ethiopia, Mozambique, Central African Republic, Sierra Leone, South Sudan, Tanzania and Uganda, providing support to 23 hospitals, 127 health districts, 3 nursing schools, the Catholic University of Mozambique, in Beira. Faced with the fact that in Africa 265,000 mothers die each year due to complications of pregnancy and childbirth, 1.2 million children die in the first month of life and a third of the survivors suffer from malnutrition, in the eight countries in which it operates, Doctors with Africa CUAMM created the program “1,000 Days for Mothers and Children”, covering the period 2017–2021. The goal of the program is to attend 320,000 births and to provide nutritional interventions to support mothers and children from the start of pregnancy through the first two years of the child’s life, treating 10,000 children for severe malnutrition. As many as 253.856 births have been attended, 8,998 severely undernourished children treated, 1,151,248 pre and post-natal visits, 7 countries of intervention, 10 hospitals involved are the achievements so far. SIR contacted Don Dante Carraro, Director of Doctors with Africa CUAMM, to discuss this “important birthday” in a year scarred by the pandemic. 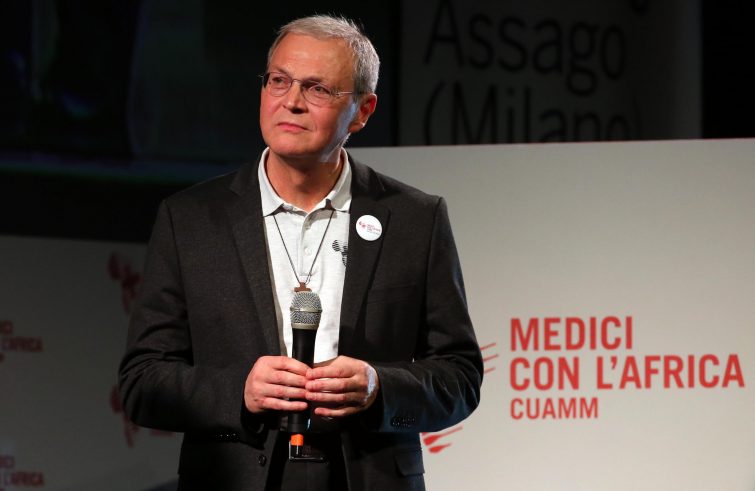 What is happening in Africa with the coronavirus?

Covid-19 has detonated the weaknesses and fragilities of previously poor countries and health systems. Sierra Leone has no intensive care beds and only one anesthesiologist in the whole country. Low rates of covid testing in Africa provide little information on the actual spread of the virus. The mortality rate appears not to be as devastating as in Italy because the population is much younger. However,

Covid-19 is having some serious side effects.

People see what is happening here and they are scared because their healthcare systems are more fragile than ours. Consequently,

pregnant women requiring childbirth care don’t go to hospital. In the 23 hospitals where we work, we recorded 30-40% fewer pregnant women coming to give birth, which leads to increased mortality.

Are there also negative economic repercussions?

African countries suspended vehicle circulation and prohibited public gatherings, so open markets have been closed down. There used to be people selling bananas, potatoes, peanuts, tomatoes along the streets. Now this small-scale trade has disappeared and, at the same time, the price of food is rising, with increasing numbers of very poor people and widespread starvation. It is estimated that some 200 million people in Africa are currently living on less than two dollars a day. This data was released by the World Bank, and we see it with our own eyes:

Our hospitals are overflowing with very poor people,

So is the problem of malnutrition growing worse?

It is. In fact the third major impact of the coronavirus pandemic is an increase in the number of severely malnourished children. When we visit pregnant mothers in villages we also examine malnourished and border line children. Now the visits in villages are no longer possible because of the pandemic, thereby limiting our medical interventions by 30-40%. In short,

The latest side effect of the coronavirus is on people with HIV, tuberculosis and chronic diabetics, requiring daily medication. 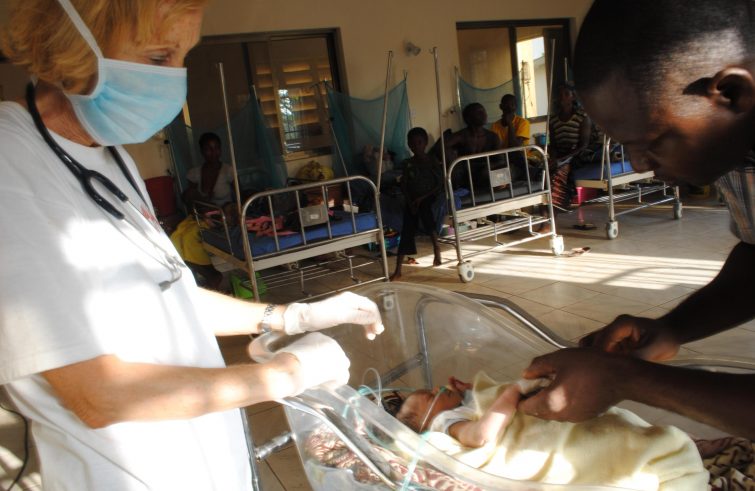 Does this delay the attainment of the “Mothers and children first” objectives?

We completed 80% of the program so far, as expected. However,

we expect our progress to slow down next year.

Much will depend on the spread of the Covid-19.

CUAMM launched a campaign to support waiting homes: could you tell us more about this initiative?

Near the 23 hospitals we provide support to, there are some very small houses that we built about ten years ago because many pregnant women live far from the hospitals. Twenty to thirty days before birth they arrive in these waiting homes with their other children so that should they need a C-section, they won’t have to travel great distances. However, due to the pandemic and related financial problems, many women can’t afford to pay for the cost of transport, normally a motorcycle taxi. We are now distributing vouchers that cover the costs of the trip to expectant mothers.

Those who want to help us can do so by supporting our initiative because many of these houses need to be renovated with clean water and sanitary facilities, food must be provided and guaranteed access to them with the transportation voucher.

Do your efforts also extend to Italy?

Of course, solidarity is not only directed far away, in Africa. We are currently working in two extremely peripheral contexts: we have a camper with young volunteer doctors in ghettos on the outskirts of Foggia. Here live many youths, most of them illegal immigrants hired to harvest tomatoes. In La Spezia, together with the Salesians, we offer the homeless a rich breakfast through the “Breakfast with a smile” program.

We are providing assistance with staff who returned from Africa, but also with small services such as a triage tent, training of local staff, patient flow management. In addition, as we are present in 39 Italian university hospitals, where we provide global health training courses for young doctors and health workers. Finally, there are forty groups of CUAMM volunteers throughout the country working in conjunction with other Italian organizations such as Caritas, missionary agencies.

A wish for the future…

Africa teaches us not to be afraid of the future, despite the suffering and the problems.

If, as the Pope says, we nurture the spirit of brotherhood, of loving each other, worrying about each other’s concerns, joining forces, human fraternity will make us believe in a better future.