The novel Coronavirus is certainly not the first global health emergency, while researchers and physicians have consistently produced positive results. In 2003 the SARS virus, an atypical pneumonia that caused over 8,000 infections and 775 confirmed deaths, was isolated and identified thanks to the sacrifice of Italian doctor Carlo Urbani, on duty in the Far East with the WHO. SIR interviewed the 32-year-old first-born son of microbiologist Tommaso Urbani, presently working in Nigeria. He stressed the relevance of his father's example: "Others like my father are working uninterruptedly to prevent further spread of the virus , we owe them a special acknowledgement”

There are antidotes to diseases that no science laboratory can create, they are the fruit of a humanity that epitomizes solidarity. This is the only panacea that can counteract the inevitable psychosis caused by an epidemic with devastating effects like the one currently affecting China due to 2019-nCoV, undermining the economy and the entire social fabric, to such an extent as to lead to irrational episodes of discrimination in Europe. The apocalypse of the outbreak in Wuhan, in Hubei, brings us back to the events of 2003. Once again in the Far East, when infectivologist Carlo Urbani, originally from the Italian town of Castelplanio, near Ancona, on the front line against SARS, sacrificed his life, being the first to identify the atypical pneumonia that caused over 8,000 infections and 775 confirmed deaths. Called to the hospital to treat a “strange” infection contracted by US citizen and businessman Johnny Chen, he contracted the virus and died in Bangkok after nineteen days in isolation. Dr. Urbani, already involved with “Doctors Without Borders”, was an executive of the World Health Organization in Hanoi, where his wife, Giuliana Chiorrini, had followed him with their three children. The name of the brave Italian doctor still resounds today in the expressions of gratitude and the testimony brought forth by his family. According to the WHO, the anti-pandemic methodology he developed still represents an international protocol to fight this type of pathologies. SIR interviewed Tommaso Urbani, the 32-year-old firstborn of the distinguished Italian microbiologist,  currently working in Nigeria.

News from China is travelling at a swirling pace, but some reports are not entirely reliable. How does it make you feel?

It feels weird, as if we’ve gone back seventeen years. The same images, the same sensations. Surely the news travels much faster today. While this can help timely sharing of information, unfortunately untrue information is also shared on many occasions. This complicates crisis management, occasionally causing extreme reactions due to misinformation. 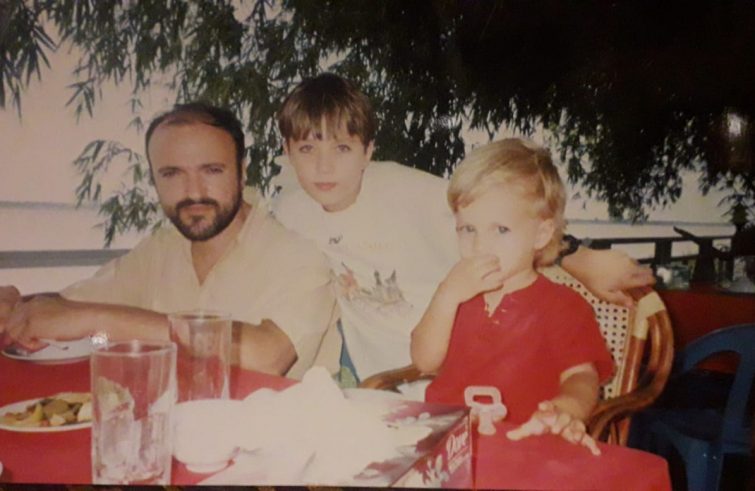 The memories inevitably go to those terrible days, when his father, true to his vocation as a doctor, stood fast in the face of the emergency…

My father was a senior officer with the World Health Organization at the time, he did not work in a hospital. He certainly missed it, though, as he would often tell us. Confronted with such a situation, he could not respond differently to that call.

He was a doctor before everything else, and he carried out his duties to the end.

He was aware of the risks, but he was not reckless. I’m sure that, even knowing how it ended, he would do exactly the same thing again, and we would be at his side.

Compared to SARS information today was disseminated much more quickly. This is also a result of the protocol that Carlo Urbani helped to create. What is your opinion on the measures being taken, especially in Italy?

It’s not my responsibility to discuss the measures put in place to contain the epidemic. However, I am aware that the contribution my father made is of fundamental importance still today. Others like my father are working tirelessly to prevent further spread of the virus, we owe them a special acknowledgement. 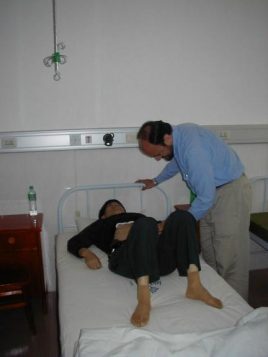 Your family made a choice dictated by love and courage. Asia was your “home”, but also a place of sorrow. Did you ever go back?

Cambodia and then Vietnam were our home. And they still are. We have many friends and we continue returning often, especially to Vietnam. We left a part of our heart there. What happened was certainly very difficult to face, we still carry the scars, but we also know that it was part of the profession that he loved and that he carried out until the end. Our memory of those places is mostly made of beautiful snapshots.

March 29th marks the anniversary of your father’s death. The Italian Association Carlo Urbani (AICU) was founded in his name. What is the greatest lesson he passed down to you?

AICU has a great responsibility: to remember and make known the figure of my father, but above all to endeavour to carry on his work in the way he intended it, for the benefit of the weakest. The legacy that my father has handed down to us is enormous, starting with his daily passionate commitment and his capacity to make himself available to others. For this year’s anniversary, on March 28th, the winners of the Carlo Urbani Prize 2019 will be awarded with three scholarships for healthcare staff supporting projects in different areas (Tanzania, Senegal and Rome) in collaboration with other realities. The following day, at the Santa Vittoria Theatre in Matenano we will remember my father together with readings, music and images.

You too have given priority to your commitment for others, working in Africa with the humanitarian organisation Intersos. What does it mean to dedicate your life to a mission?

The experiences I shared with my father have certainly influenced this decision. The efforts of humanitarian organizations such as Intersos are critical to assisting populations devastated by war or natural disasters: being part of all this is all I ever wanted. I consider myself blessed, because just as he said, I was able “to turn my dreams into my life and my work.” This sentence has always characterized the figure of Carlo Urbani who, as president of “MsF Italia”, in 1999 had the honour of personally collecting the Nobel Peace Prize in Oslo awarded to the organization. This recognition comes in addition to that of the whole world, to the hero-doctor whose courage has saved thousands of lives.