Nine Sudanese children, fleeing the war in Darfur, reached Italy from refugee camps in Niger so far. A total of thirty-five will be taken under the project "Report card in your pocket" implemented by the humanitarian organisation INTERSOS, in partnership with UNHCR. The project was financed by the Bishops' Conference with €400,000 via the 'Liberi di partire, liberi di restare' (Free to leave, free to stay) campaign. Other partners include the Italian Bishops' Conference Migrantes Foundation

The project entitled “Report card in your pocket. Channels of study for refugee minors”, promoted by INTERSOS in conjunction with UNHCR – the UN refugee agency – is the first humanitarian corridor for unaccompanied child migrants in Italy, Europe and perhaps in the world. Its purpose is to give unaccompanied children and youths who fled wars and poverty the opportunity to receive an education and fulfil their aspirations in life. It has been implemented via a memorandum of understanding with the Italian Ministry of Foreign Affairs and Cooperation, the Ministry of the Interior and the Ministry of Labour. The initiative was launched with the support of the diocese of Turin and was financed by the Bishops’ Conference with €400,000 via the ‘Liberi di partire, liberi di restare’ (Free to leave, free to stay) campaign. Other partners include the Italian Bishops’ Conference Migrantes Foundation and the Municipality of Turin. The first group of five children arrived in October 2021, another four landed at Turin airport on October 12, 2022. Documents are now being finalised for the departure of five more minors. They are all from Sudan, they come from the refugee camps in Niger. They will be placed in foster family homes with a 12-month grant that will enable them to start or continue their studies. In total, the project provides for the arrival in Italy of 35 minors, aged 16 to 17. All of them experienced tragic situations. 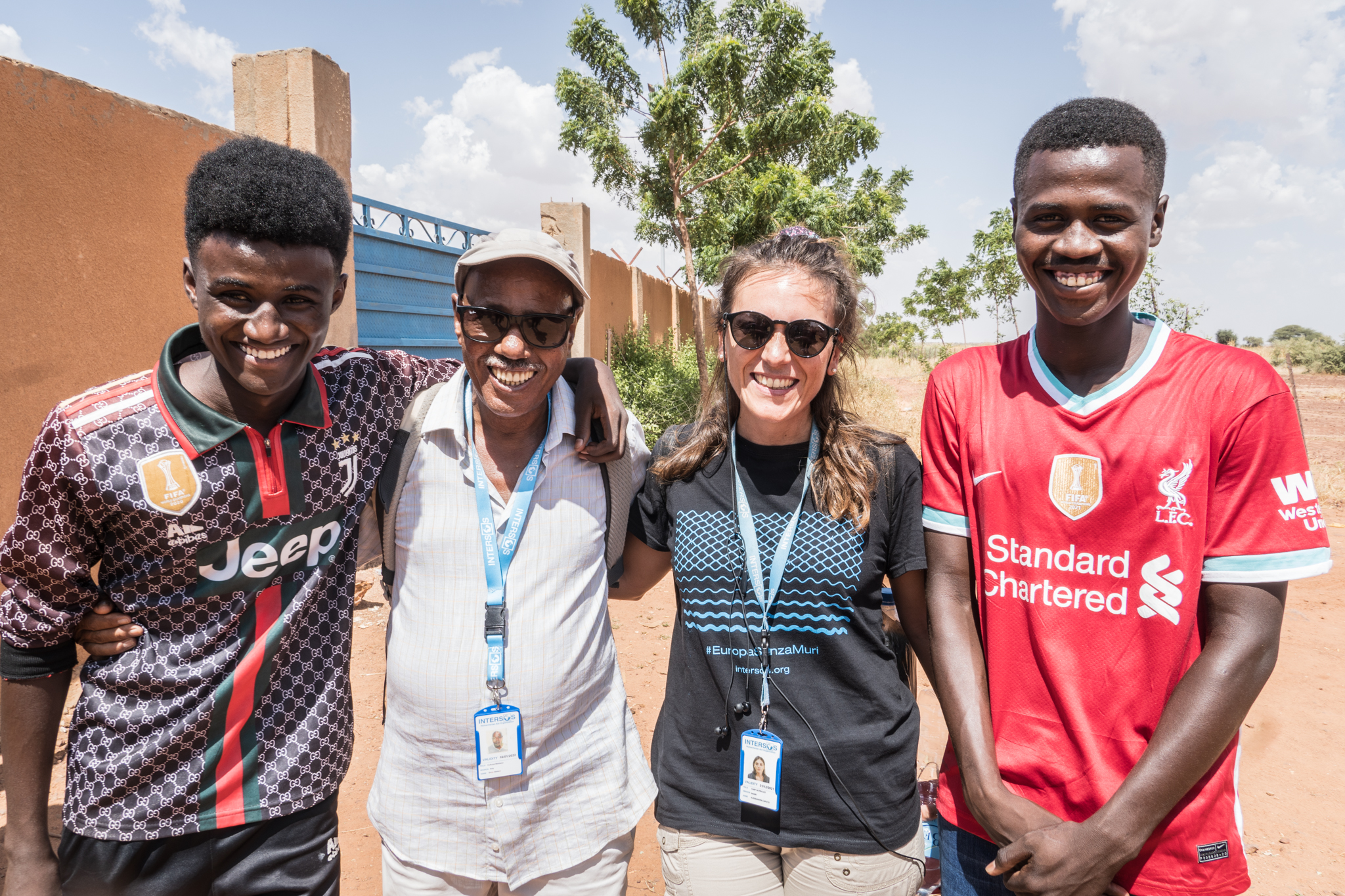 “Strong educational motivation was the primary selection criterion,” Elena Rozzi, INTERSOS’ “Report Card in your Pocket” project coordinator, told SIR. “Paradoxically, unaccompanied foreign minors – among the most vulnerable – are denied access to traditional humanitarian corridors. The procedures that are meant to protect them, in fact exclude them”, she explained. The reasons for this include bureaucratic complexities, not least because they need their parents’ consent (often impossible to obtain). In addition, they must be housed in dedicated facilities for minors. But INTERSOS workers found out that Italian legislation provides for ”a residence permit for study purposes for 15-17 year-olds, which is never used. So we seized that opportunity. Once they have been placed with their foster family and registered with the school, the youths can apply for asylum using the normal procedures. It has not been easy: procedures for under-age children are more complicated, and it took longer than expected, but we succeeded.

The youths integrated very well into the family. Everything is progressing better than we had expected”.

INTERSOS supports foster families with cultural mediation tracks, teaching, and practical support for asylum applications. The social services of the involved local councils attend to the needs of the families, which fall into traditional family fostering schemes. Most of them are in Turin, a couple are in Alba and in Genoa, but there are plans to further expand the network. The project coordinator launched an appeal to this effect: “We hope that other municipalities and civil society bodies will also participate.”

In Turin, amidst family and studies. Some of the youths are attending the 150-hour special school programme for adult literacy. One of them has already learned to read and write in Italian at the age of 17. Others are in secondary school, one is attending the third high school year specialising in linguistic studies:

“They have outstanding willpower and strength. This has helped them survive the war in Darfur, Libya and in the refugee camps.

They devote a lot of time to their studies. In the meantime, some children have come of age. Some of the first group families already asked the Juvenile Court of Turin to allow them to continue fostering the youths until they turned 21. “Despite all the difficulties, they are making huge progress,” the social worker concludes, “We hope they will obtain a diploma and subsequently find a job. Through this project we want to show that it is possible to usher in a hitherto unexplored path.

We hope these new procedures may become a replicable model.

This is a valuable way of preventing unaccompanied children and young people from becoming victims of human trafficking and exploitation for illegal journeys.”

17-year-old Omar (a fictional name) is among the youths who reached Italy from Sudan. His dream is to become a physician. He was only 13 when the Janjaweed militias, the terror of the people in Darfur, attacked the refugee camp where he lived, torturing and murdering members of his family. Omar suffered the terrifying experience of the detention camps in Libya until, in 2020, he managed to escape to Niger and sought asylum in a refugee camp in Agadez. He managed to reach Turin where he was placed with a foster family thanks to his encounter with INTERSOS workers. He already learned Italian, he is very happy with his foster family and works hard at his studies.