On January 27, 1945, Red Army Soviet troops entered Auschwitz (Oświęcim in Polish) and revealed to the world the huge concentration camp used by the Nazis to exterminate the Jewish people and other prisoners, including Poles, Roma and prisoners of war. Sixty years later, in 2005, the UN General Assembly designated 27 January as Holocaust Remembrance Day. The testimony of Raphael Schutz, Israeli Ambassador to the Holy See

The culture of remembrance against all attempts to deny or misrepresent history, and as a bulwark against new forms of racism and anti-Semitism, propagated on the Internet and fuelled by conspiracy theories. Raphael Schutz was appointed Israel’s ambassador to the Holy See last November. His family was sorrowfully marked by the Shoah, just like many other Israelis. His mother, born in Frankfurt in 1929, now in her nineties, attended the same kindergarten as her peer Anne Frank. The memory of Kristallnacht, the ‘Night of Broken Glass’, on 9th November 1938, when German Nazis attacked Jewish property and their places of worship, is still very much alive. On 9 November that year she turned nine years old,” the diplomat recalls. “Unlike other birthdays celebrated at home, that was her first birthday at a refugee camp in Krakow, Poland, where her family had moved after having been forced out of Germany.” 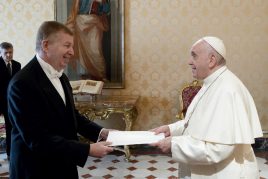 The events of that time have become the memory of today. Schutz says: “For many Jews, the memory of the Shoah is vivid and very real. I had the opportunity to listen to the stories of survivors who experienced this tragedy in first person and carry its full weight. Some survivors don’t need this specific Day to remember. They remember every day. However, what they need is to feel the solidarity of other people. That is why we share this memory with them.”

“Holocaust Remembrance Day is a lesson for all, because it teaches us to remember a recent past.”

“It was established 17 years ago to commemorate the Shoah, and is therefore a relatively recent recurrence. Remembering the extermination of the Jews means to give visibility to the survivors and make their stories be heard. Their story and their voice must be heard by as many people as possible, especially the youngest. It is but a minor consolation for the suffering they have endured. Their presence and their testimonies are a bulwark against all attempts to deny the Holocaust”, the Ambassador said. 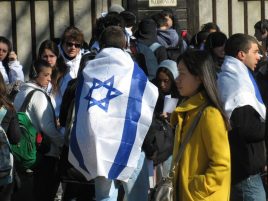 “Never again” “My Story is your story” (#MyStoryYourStory) is Israel’s annual program to help Holocaust survivors around the world share their stories on social media “so that ‘never again’ may truly mean ‘never again'”. The project kicks off on 27 January, Holocaust Remembrance Day, and it includes Holocaust awareness workshops. “In many parts of the world there is still very poor knowledge of the Shoah. We must raise awareness about the significance of this Day. The Holocaust is a lesson for the whole world. Moreover, the Day can serve as a beacon that reminds us all to stay alert, because the threat of atrocities and genocide has by no means subsided. All the more so, stresses the diplomat, since 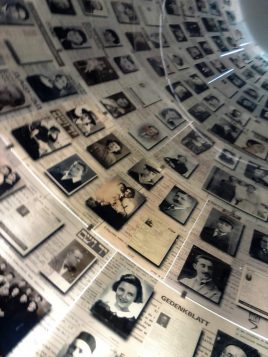 “we have been the victims of a genocide that took place in the midst of civilised countries, in the heart of Europe. That very Europe that endowed the world with philosophers, scholars, artists and great personalities. The Holocaust is not the work of primitive cultures but of people who were fully aware of what they were doing.”

It is therefore important not to lower our guard, even before recent incidents that signal widespread racism and anti-Semitism throughout society. “Sadly, anti-Semitism is an evil that is still present in our midst. It is everyone’s duty not to remain silent,” reiterated the diplomat, who made the same point a few days ago to condemn the incident on January 10 outside the Saint Lucia parish in Rome, where at the end of a funeral service a group of people draped a Nazi swastika flag over the coffin. “Anti-Semitism is stronger today partly as a result of radicalised political views and a poor knowledge of history, stemming from a lack of education. That is why mutual understanding is so important.” One of the most effective tools to combat anti-Semitism is “education”:

“Educating the younger generation to reject dangerous ideologies is necessary and urgently needed”.

Nostra Aetate. The Catholic Church took a fundamental step in this direction with the Second Vatican Council document “Nostra Aetate” – promulgated in 1965 under the pontificate of Paul VI – which brought about “a change in the Church’s attitude towards Judaism and made her rediscover her Jewish roots.” This process also led to the establishment of full diplomatic relations between the State of Israel and the Holy See in 1994. 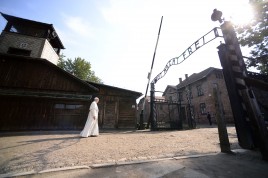 “The pontiffs, John Paul II, Benedict XVI and Pope Francis,” the diplomat recalls, “have nurtured this new era with tangible signs such as visits to the synagogue in Rome and trips to Israel, not to mention speeches, prayers and declarations.” “Hope is the driving force for change in mankind”, concludes the Israeli diplomat, turning his thoughts to Pope Francis: “his repeated appeals for sustainability, for the care of creation, for integral development, his encyclical letter Fratelli tutti, with its calls for solidarity and fraternity, are indeed values that we, as Jewish people, share towards the construction of a better world where there is no more room for tragedies such as the Shoah”.