Pope Francis opened the 74th General Assembly of the Italian bishops with an unscripted speech in which he referred to the Synod as an event that must overcome Italy's “amnesia” regarding the National Bishops’ Conference in Florence, in order to recover its "patrimony" and render it a “light” illuminating the wisdom of the people of God. "The light shines from Florence, whilst the Synod must start from bottom up." A “closed-door meeting” with the bishops ensued, based on a question-and-answer format

“When I entered a bad thought crossed my mind: is this an assembly of bishops or a competition to elect the most handsome bishop?”, with this witty remark the Pope opened the 74th General Assembly of the Italian Bishops’ Conference, underway at the Hotel Ergife in Rome until May 27 on the theme: “Proclaiming the Gospel in a time of rebirth – setting out on a synodal journey.” “I know that feeling at home in a house that is not ours is not easy,” he continued. “But we can make it our own with our attitude, our prayer, and thereby advance in this assembly”, Francis said, announcing that the dialogue with the bishops “behind closed doors”, “as usual”, upon the conclusion of his speech, would follow the question-answer format. “You will thence have the opportunity to speak about the things that are of concern to you”, Francis said. “But first I will say three things that are close to my heart,” the Pope said, mentioning the issue of the tribunals and that of the seminaries.

“There is a very great danger,” the Pope remarked regarding the latter issue: “to err in formation

and to err in the potential, in the mission of the seminarians.” “On many occasions we have seen seminarians who seemed good, but they were inflexible,” Francis noted. “Inflexibility does not belong to a good predisposition. We eventually realised that their rigidity concealed big problems.” “And then there is formation,” the Holy Father pointed out:

“We cannot have a lighthearted approach towards the young candidates who come to us to enter the seminary.” 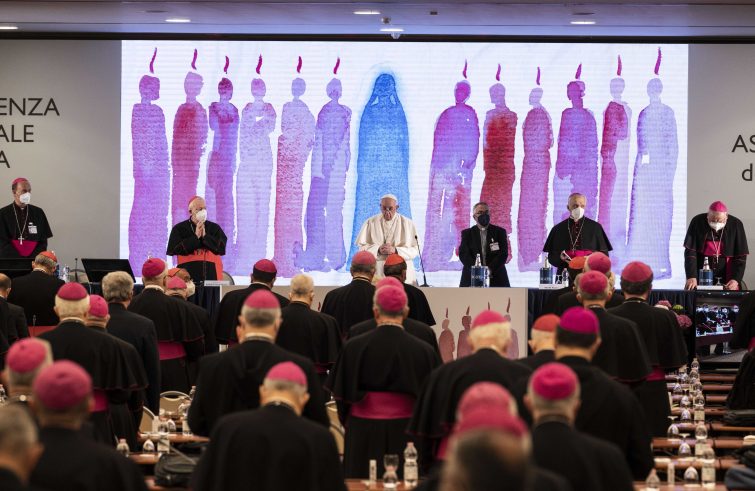 At the end of his extemporaneous speech, prior to the closed-door meeting with the bishops, the Pope referred to the synodal journey, “which you will undertake”, he said, referring to the theme of the 74th General Assembly of the Italian Bishops’ Conference. “So many things have happened since the first meeting we had in St. Peter’s”, Francis recalled: “One of the things that has happened – it’s an attitude we all have, it also happens in the Italian Bishops’ Conference – is amnesia: we lose the memory of what we have done and we move on.” “And

one of the things we have lost the memory of is the meeting in Florence, five years ago”,

Francis remarked referring to the previous Conference of the Italian Bishops: “It was a step forward, at least in the formulation”, he said. “the Synod must develop in the light of Florence”, was Francis’ guidance: “Florence is your patrimony that must illuminate this occasion, from on high. And from the ground upwards the people of God: the tiniest parish, the smallest diocesan institution, which come together”.

“The light shines from Florence, but the Synod must start from the bottom up”, 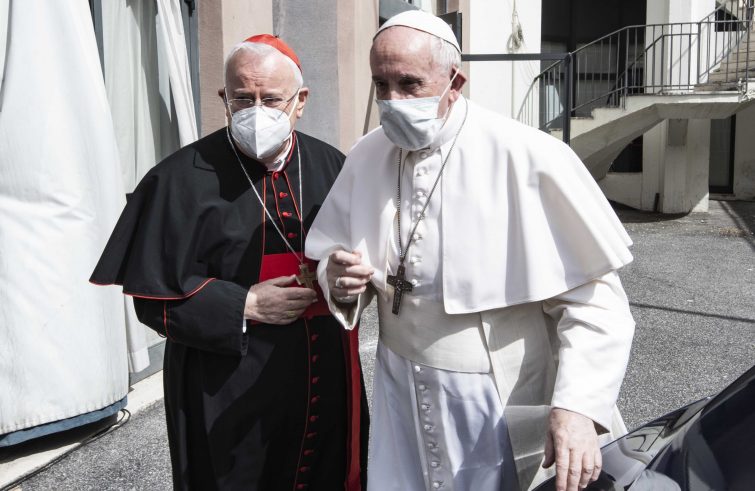 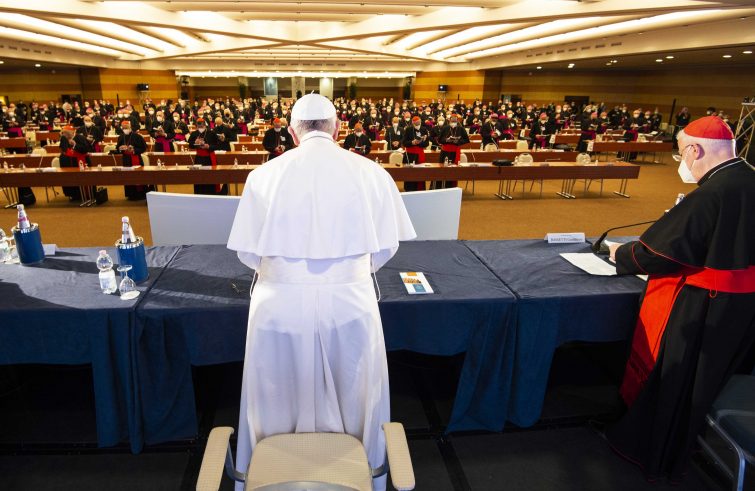 Card. Gualtiero Bassetti, Archbishop of Perugia-Città delle Piaeve, President of the Italian Bishops’ Conference, referred to the Synod of the Italian Church in his welcoming remarks to Pope Francis at the opening of the meeting. “The latest Note of the Synod of Bishops – he explained – encourages and sustains us in the journey ahead. It is a bottom-up process for involving the Holy People of God from our communities, from our Churches.” “We firmly believe that whoever lacks courage may be inspired by a desire that is greater than their own fears. What’s important is to have dreams and desires that are stronger than our fears. It is the Sacred Fire bestowed upon us yesterday at Pentecost,” the Cardinal added: “Our synodal journey is in harmony with that of the Bishops’ Synod. It is also an opportunity for our Churches in Italy.”