Visit of Ecumenical Patriarch Bartholomew to the United States. Twelve days and a tight schedule of meetings and receptions in his honour from October 23 to November 3. Religious freedom, the hope for increased environmental justice ahead of the UN Climate Conference, universal access to COVID-19 vaccines, the difficult situation of Christians in the Middle East and North Africa, along with the delicate relations with Turkey. These issues are the focus of meetings with US President Joe Biden, Secretary of State Antony Blinken, Turkish Ambassador Hasan Murat Mercan and members of the Ecumenical Council of Churches

“Dialogue” as the means to address “any challenge of the present or the future”, needed “in a world that is often heated by rhetoric and ideologies.” This is the heart of the message that Ecumenical Patriarch is conveying in his meetings at institutional and religious forums in the United States. Patriarch Bartholomew’s visit to the United States began on October 23 and will end on November 3. He has been attending numerous meetings and receptions in his honour since his arrival. Welcomed into the White House Oval Office by US President Joe Biden, Bartholomew touched on key issues such as world peace, religious freedom, the hope for increased environmental justice in view of the UN Climate Conference, as well as universal access to COVID-19 vaccines. He also discussed the sensitive issue of the Halki seminary, the Ecumenical Patriarchate’s school of theology, which was “forcibly closed fifty years ago”, in 1971, by decision of the Turkish government, expressing to Biden his “hope that it will be reopened”. “Our efforts for promoting Christian unity and interfaith understanding and cooperation have but one principle – dialogue”, he told the press as he left the White House.

“We consider dialogue as the most effective means to address any challenge of the present or the future.” 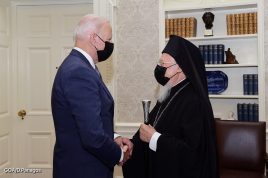 The Patriarch addressed President Biden as “man of faith and man of vision, and we know  – he added “that he will offer to this wonderful country and to the world, the best leadership and direction.” Immediately after, the Ecumenical Patriarch and his staff met with Secretary of State Antony Blinken in the James Monroe Conference Room of the State Department.  In the course of the meeting the Ecumenical Patriarch raised concerns about “the plight of Christians in the Middle East and Northern Africa, expressing his hope for stability and religious freedom in the region.” The Patriarch was also welcomed by the ambassador of Turkey to the United States, Hasan Murat Mercan. However, the content of the meeting was reported only by the news outlet “Orthodoxtimes”. The Ecumenical Patriarchate – spiritual leader of the Eastern Orthodox Church, which as a whole comprises 90 million faithful worldwide – has its historical seat at the Phanar in Istanbul. It therefore has an enduring presence within the Republic of Turkey, with which it shares “a history of great complexity and depth, and it constantly presents new opportunities and challenges.” Speaking to the Turkish ambassador, the Ecumenical Patriarch reiterated the importance of “understanding and mutual respect”, that are “the foundation of all true diplomatic labours”, “needed now more than ever, in a world that is often heated by rhetoric and ideologies that lead to extremes.”

For the Ecumenical Patriarchate “Turkey can be – not only an inclusive society, but a bridge-builder between East and West, a much needed role in the world today.” 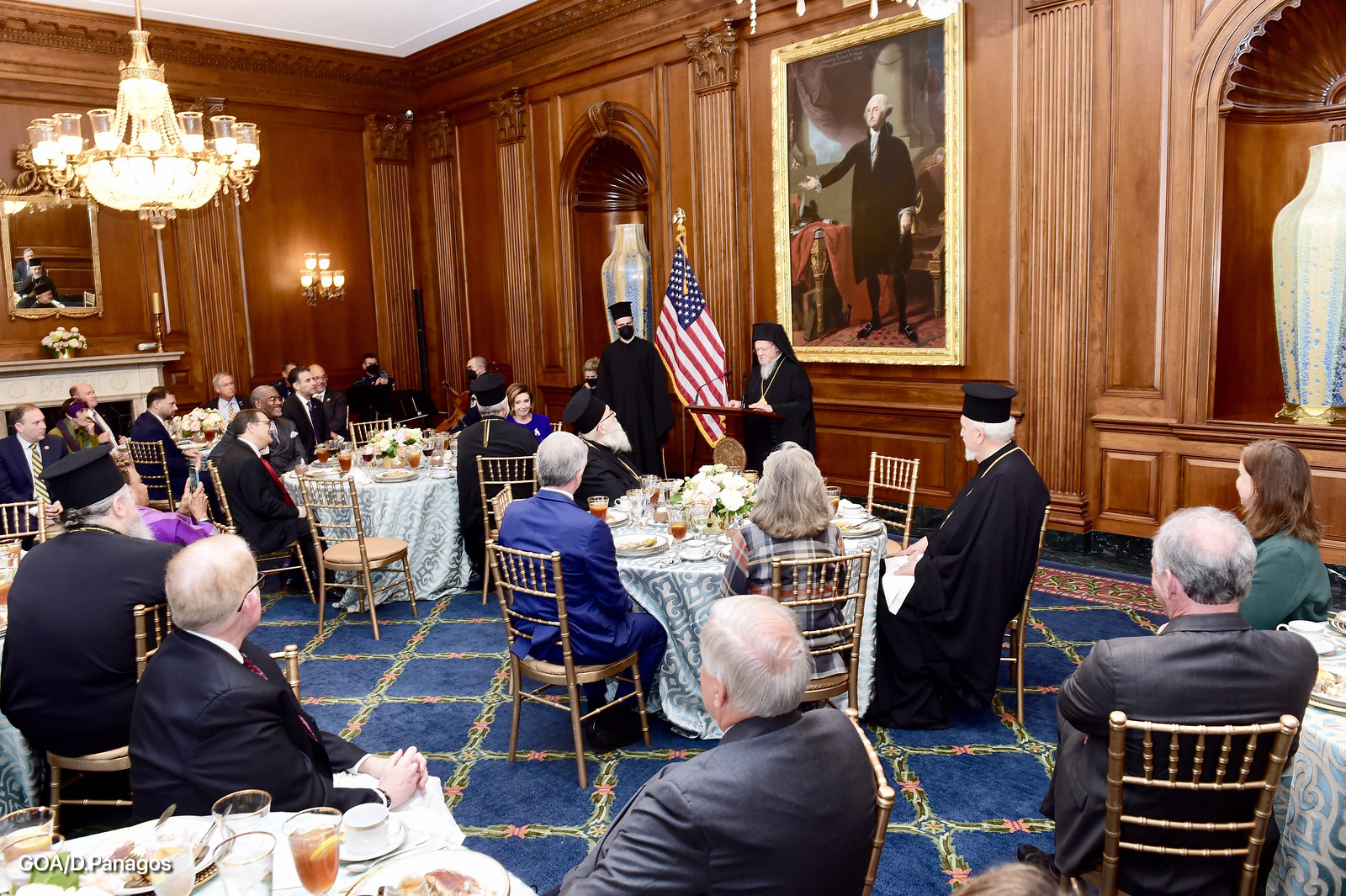 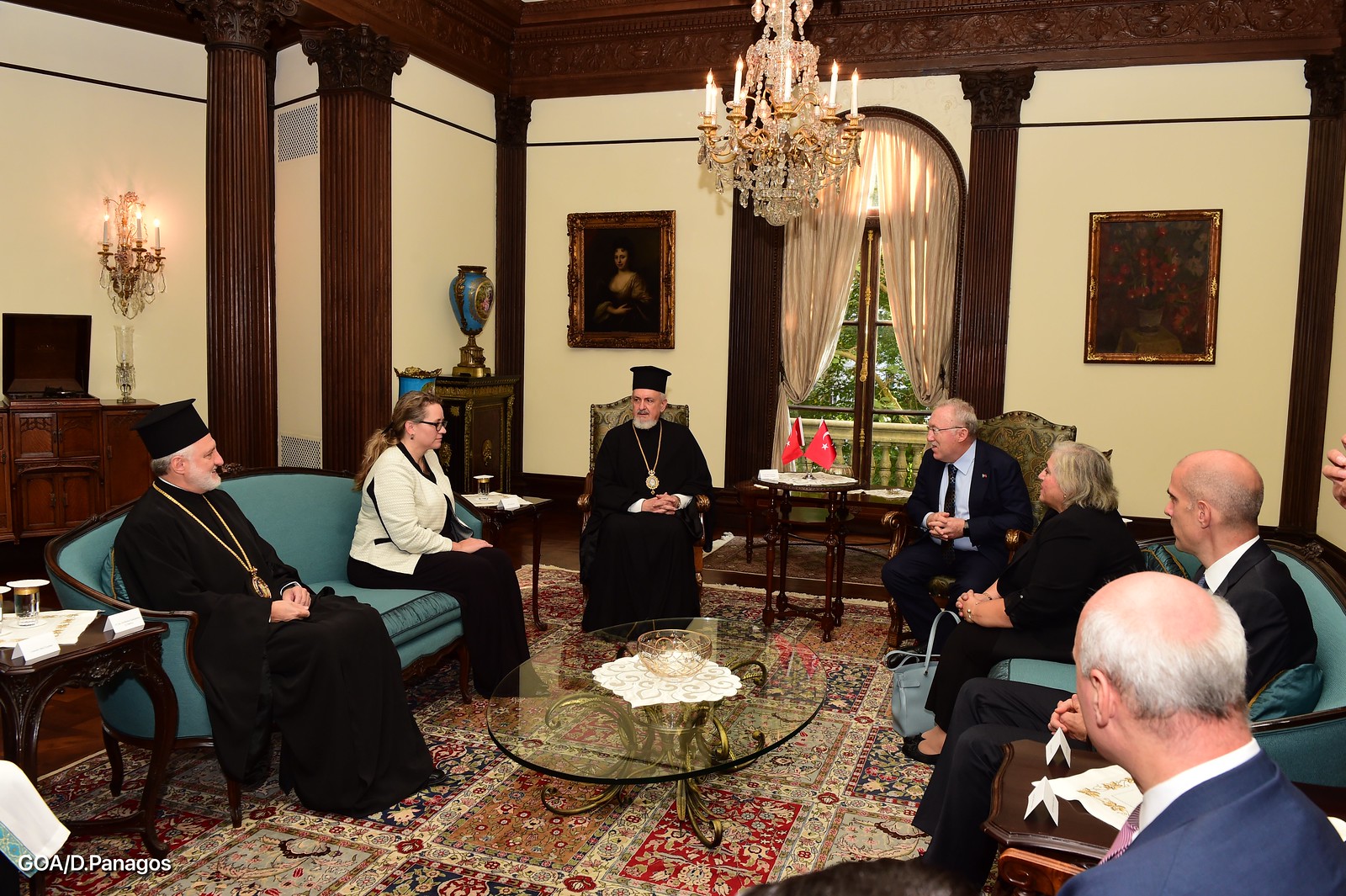 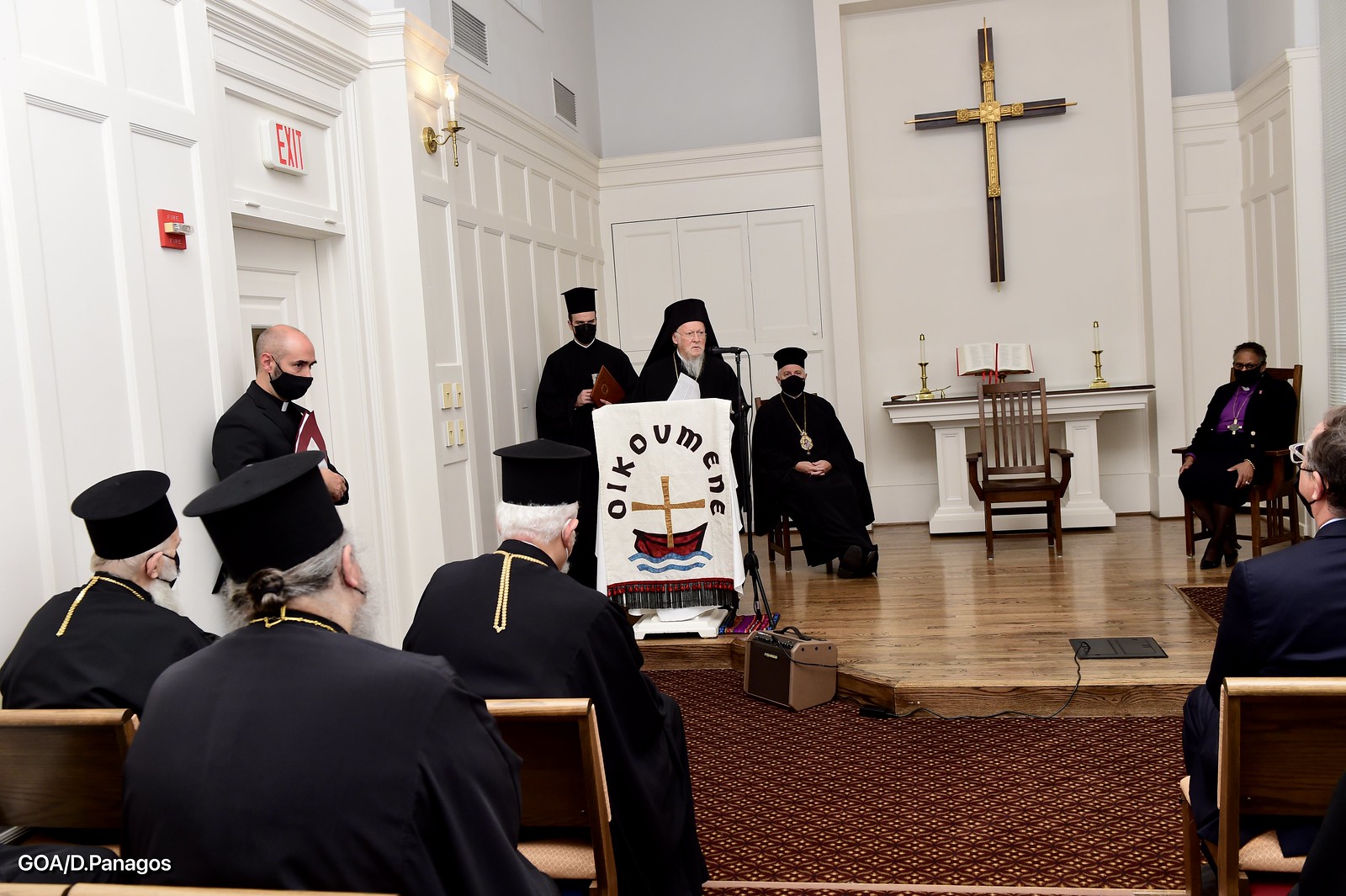 “Today, the ecumenical movement is at a crossroads”, he said in his remarks to members of the Ecumenical Council of Churches. “If we do not place the issue of unity and communion at the centre of our commitment, we will lose the authenticity of our relationships and the common goal that brings us together. We have excellent and very talented theologians working on various aspects of our doctrine.” But dialogue today “needs symbols, actions and encounters that embody our desire for unity.” In this regard, Bartholomew gave as an example the appeal for the future of the planet issued “for the first time in the history of Christianity” together with Pope Francis and the Archbishop of Canterbury. 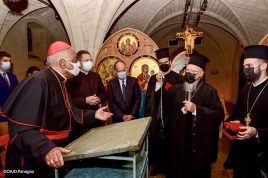 “The path to Christian unity has been neither peaceful nor painless. Unity is a task that remains difficult to fulfill. But the bonds of friendship among divided churches and the bridges by which we can overcome our divisions are indispensable, now more than ever.”