Full lockdown in Israel starting September 18, following a spike in new infections. The nationwide closure is set to last three weeks, during which, inter alia, communal prayers will not be possible during the High Jewish holidays: Rosh Hashana, marking the Jewish New Year celebration, Kippur, the Day of atonement, and Simchat Torah that takes place at the end of Sukkot, the Feast of Tabernacles. Custos Patton, "don't be afraid. Learn to live with the virus"

The Israeli government approved a three-week lockdown starting Friday, September 18 at 2 p.m.. Premier Benyamin Netanyahu made the announcement last night at the end of an extraordinary cabinet meeting. 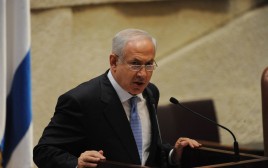 The Prime Minister explained that the decision was necessary following the NHS emergency alert, since it may not be able to handle a further increase in infections and critical cases. As many as 2506 new cases were reported yesterday (totalling over 153,000 cases since the outbreak of the pandemic) and 8 deaths (with a total death toll of 1108). There were 513 seriously ill patients. The new lockdown coincides with the eve of the Jewish New Year, Rosh Hashana, and will last at least until October 10, the feast of Simchat Torah which marks the end of the Jewish High Holiday season. Prayers will only be permitted to groups of 10 people. Consequently, there will be no gatherings for Rosh Hashana, for Yom Kippur fasting and Sukkot (the Feast of the Tabernacles), festivities traditionally marked by large family encounters with family meals and gatherings in public places. This is why the religious parties that form the government coalition oppose the lockdown. The rift within the Executive led to the resignation of Construction Minister Yakov Litzman, former Health Minister during the first phase of the pandemic, ultra-orthodox chairman of the United Torah Judaism party, who reportedly threatened to leave the coalition. The measures adopted for the new nationwide closure mirror those imposed in the first lockdown, last March-April: remote work, movement restricted to 500 meters from home, schools closed – reopened on September 1 – along with retail stores and restaurants, the latter only authorized for home deliveries and restricted to 10 people in closed spaces.

Living with the virus. “The decision had been coming for some time, owing to mounting infections,” Father Francesco Patton, Custos of the Holy Land, told SIR. “The upcoming Jewish holidays are a time of gatherings, and thus pose a greater risk given the spike in new cases. For the Custos it is necessary

“to learn to cope with the situation without being overcome by fear that prevents all forms of recovery.”

“We are no longer in March – Father Patton explained – when we didn’t know how to intervene. Now we are better equipped to respond to the virus on a medical level. Of course those most at risk must be taken care of and protected, but clearly we need to recover a certain degree of normality.” With regard to the impact of the new lockdown on shrines and holy places, the Custos sees no significant consequences since, he said, “there are no pilgrims. There are only local visitors and faithful. The life of the shrines today revolves around community prayer and the maintenance of the sites. Our schools will suffer serious consequences and will be forced to close. It will be difficult for families to keep their children at home and go to work, for those who still have a job. Hence the need, reiterated by the Custos, to

“think in terms of managing the pandemic with which – according to experts – we will have to learn to live with it for a long time, until the vaccine is available.”