The COVID-19 "Green Pass" health certificate is mandatory for workplaces in Italy as of Friday October 15. More than 90 million such certificates have been downloaded so far, yet only just over 50% of Italians perceive them as an effective measure to reduce the risk of contagion. Health and Consumer psychologist Guendalina Graffigna believes that positive communication is needed to enhance citizens' ability to play a leading role in protecting their health and for prevention purposes

Starting Friday, October 15, Italian workers will be required to have a Green Pass to access offices and businesses: those not in possession of the relevant health certificate with the QR code will not be admitted to the workplace and their absence will be considered unjustified. Approximately 93 million NHS Covid Green Passes have so far been downloaded from the Ministry of Health’s portal, including 70 million vaccination passports, 2.1 million COVID recovery certificates (with a 6-month validity) and almost 20 million negative test certificates (48 hours). Yet only slightly more than 50% of Italians, 56%, consider the Green Certificate to be an effective measure for reducing the risk of infection and hence useful in the fight against the COVID-19 pandemic. The proportion of citizens who regard the Green Pass as a social responsibility tool is slightly higher (60%). These are the findings of a survey conducted by Cremona-based EngageMinds Hub, a research centre of the Cattolica University, on a representative sample of over 6,000 Italians in terms of gender, age, geographical location and occupation.   Guendalina Graffigna, Health and Consumer Psychology Professor and Director of the Research Centre, hereby addresses citizens’ crisis of confidence in science and health authorities and the mistaken notion of freedom. SIR asked her to interpret citizens’ diffidence of the Green Pass and the concerns regarding its breach of individual privacy and freedom. 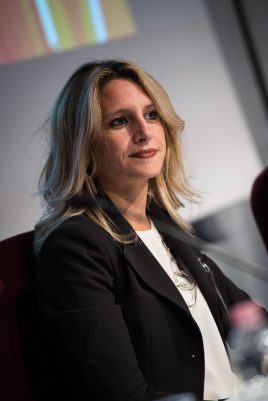 “What we are seeing are the signs of a serious crisis of confidence in science, health authorities and even the health system by society at large.

This crisis is not limited to Italy, in fact it affects virtually all Western societies and it precedes the Covid pandemic – although the latter has unquestionably exacerbated it and made it more apparent,” she said. While on the one hand “the management of an unprecedented health emergency led scientific and health authorities to take unpopular measures”, on the other “society was confronted with a situation of uncertainty that severely impacted on everyday life.” These two aspects have “further aggravated the rift.” Moreover, according to Professor Graffigna, in “post-individualist Western societies, marked by the tendency to prioritise individual needs and self-accomplishment expectations,

any preventive measure that gives priority to the health or well-being of the community is perceived as frustrating, as limiting that presumed individual freedom.”

The approach to the Green Pass, and likewise the attitudes detected over the past months by EngageMinds Hub with regard to the Immuni App or the vaccines, “are part and parcel of the same psychological and social narrative underlying the Italians’ reaction to precautionary measures. Today – the expert remarked –

the concept of freedom is mistaken for the fulfilment of individual desires,

but we are losing sight of the human dimension of life, and the extent to which this dimension is deeply interconnected in a complex domino system, whereby individual freedom and the legitimate yearning for self-determination are subject to boundaries. According to Professor Graffigna, the emerging scenario is

“a cultural framework marked by a lack of prevention education, which by definition entails renouncing consolidated habits, an incentive to change lifestyles, the imposition of limitations, here and now, which however will enhance long-term freedom of self-determination.”

The expert identifies two lines of action. Generally speaking, “schools should be the starting point. Moreover, speaking about health and prevention during a pandemic is too late, while taking part in prevention initiatives is a matter of civic responsibility. For this reason, starting from primary school, the subject of civic education should be complemented with a focus on health, making children understand that every citizen is a component of the national health system, an asset that belongs to us all and should not be taken for granted, but rather preserved with everyone’s contribution.”

With regard to the Green Pass, for Prof Graffigna the key ingredient is

The Green Certificate, she explained, provides “a valuable means of contact between national administrations and citizens. Why not also use it as a communication tool?”. Instead of “adopting a critical or ‘punitive’ attitude” towards the population, the expert recommends “communicating a positive message to Italians by thanking them, letting them know how many of them have obtained it, and emphasising the extent to which participating in this common prevention effort could have a substantial positive impact on their health.” Patient engagement must be enhanced. Indeed, “if we do the maths, Italians have been responding positively to prevention measures and are continuing to do so – albeit with some effort and sacrifice -, including the Green Pass.

We should make the most of this overwhelming proportion of citizens to empower them in their choice and influence others. We should encourage them to be active and motivated protagonists of positive and successful communication.”