The picture drawn up by Eurostat is alarming: 95 million Europeans risk destitution against a backdrop of soaring commodity prices, a sluggish economy and unemployment in several EU countries. Speaking to SIR, the Secretary General of Caritas Europe Maria Nyman said that the pandemic first, and now the war, have brought countless households to their knees. She added: "We need to address the root causes of poverty”

Over one fifth of the EU population were at risk of poverty or social exclusion in 2021. The alarming situation was reported a few days ago by Eurostat, the statistical office of the European Commission. It means that 95.4 million people, i.e. 21.7 % of the population, lived in households experiencing poverty or on the brink of poverty: a total of 73.7 million were at risk of poverty, while 27.0 million were severely materially and socially deprived. Among those 95.4 million people, 29.3 million lived in a household with low work intensity. SIR interviewed Maria Nyman, secretary-general of Caritas Europe, the European Caritas network, an institution of the Catholic Church that responds to the needs of the poor and marginalised locally. With its 49 member organisations in 46 countries on the European continent, Caritas Europe reaches out to people of all faiths to contrast all forms of social exclusion. 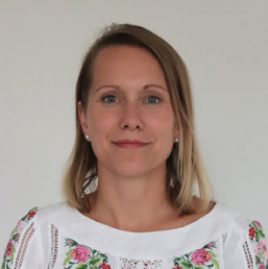 The picture painted by Eurostat is alarming: what is your opinion?

The practical experience of our Caritas centres and the people we work with confirm this picture. The number of people turning to Caritas help desks had already soared during the pandemic.  People who lost their jobs and would never have imagined contacting Caritas for help suddenly faced the prospect of not being able to cover household expenses. The issue of social security played a critical role: many people lacked the safety nets needed to cope with such a situation, either because they were not in the regular labour market, because they were in irregular work, or because their wages were too low. Measures taken by governments and at EU level, starting with the Temporary Support to mitigate Unemployment Risks in an Emergency (SURE, ed.’s note), along with the suspension of the Stability Pact, mitigated the rise in poverty.

But the prospects are far from rosy: are you seeing this too?

We are. The current situation marked by rising energy prices presents a high risk of escalating and the trends we are seeing now could last for a long time.

We are monitoring the impact that these rising costs will have on individual circumstances, for the risk is that the poor segment of the population will further increase.

We also realise that even Caritas agencies need to receive the necessary support if they are to successfully cope with increasing requests for help.

How is your activity carried out at EU level?

We try to do advocacy work: by showing people’s actual situation, experiences, and by lobbying for answers that address these issues. For example, we reached a very important stage of the minimum wage directive, finally a proposal is in the pipeline and it will be crucial to tackling poverty and in particular the problem of the working poor. Regarding the other important aspect, namely social protection, we have been working together with other organisations to obtain a minimum income directive, which will ensure that unemployed people throughout Europe will nevertheless manage to cover basic needs for themselves and their families. Social protection is perhaps the area requiring greater investments in order to successfully respond to growing poverty. Another important aspect involves increased investments in high-quality social housing in sufficient numbers.

Can you perceive sufficient attention to the issue of poverty on the part of the European institutions?

Many initiatives have been taken. In addition to the above-mentioned legislative initiatives, political commitments have also been made in the form of the ‘Child guarantee’ initiative and the availability of funding instruments (such as the European Social Fund or FEAD, the Fund for Aid to the Most Deprived).

But we would like to see an even greater commitment. The target set by the EU and the Member States is insufficient to end poverty by 2030:

in order to meet the Millennium Development Goal we should be looking at a 50% reduction, but at the moment the EU is far from that target, in fact poverty is on the rise in many countries.

What should European countries do?

It is necessary to address the root causes of poverty, and we believe that investing in social inclusion and in education or in non-discrimination helps to lift people out of poverty. Every country has its own particular situation, its responses and its responsibilities. As Caritas we try to assume ours and do our best efforts on the ground; at EU level, our commitment is to make sure that the voices of people facing difficulties will be heard.

As Caritas Europe, are you alone or can you rely on trusted partners?

We are a network of social service providers active at the European level, faith-based as well as non-denominational (Eurodiaconia, Red Cross, voluntary organisations that care for the elderly, the homeless…) and whenever it can serve the cause, we try to work together in partnership and talk in unison. We collaborate well together, because we all experience the same things and we see the need to invest in social services and put the most excluded at the centre of every decision that is made at national and European level.