"We have lost credibility. People have lost confidence in the Church, in priests, in bishops. Not only do people find it hard to trust the Church, they also find it hard to understand if and what the Church has still to say in our post-modern society.” Msgr. Franz-Josef Overbeck, bishop of Essen (Germany), describes the commitment of the Catholic Church in Germany in the framework of the synodal journey within a milieu deeply marked by the abuse scandals. Referring to the survivors, he says: "For too many years we did not see them, even though they were in our midst the whole time. In my opinion, it is worthwhile, at least for Europe, to see it as a crisis of conscience”

“The synodal path we have followed so far was ultimately generated by the abuse crisis, by the tragic abuse of children and minors by priests. This scandal broke out in 2010 and led us to seek – not only as bishops and priests, but together with all the people of God and all people of good will – ways to embark on a new chapter in our history as Church in Germany.” Msgr. Franz-Josef Overbeck, Bishop of Essen (Germany), does not mince words and gets straight to the point, explaining the timing, reasons and means characterising the commitment of the Catholic Church in Germany along the synodal journey. The decision to initiate the “Synodaler Weg”, as it is called in German, was taken by the Assembly of Bishops held in Lingen in March 2019. “We prefer to name this commitment with this term rather than Synod”, bishop Overbeck points out. “It encompasses a process and a progress. It’s a forward progress and a process whose outcome we do not know. We only hope that it will be a process inspired by the Holy Spirit.” All the bishops of the Bishops’ Conference ( DBK) and as many members of the Central Committee of German Catholics ( ZdK) are taking part, along with consecrated men and women, members of the clergy, young people, deacons and representatives of other ecclesial groups. The Assembly numbers some 230 members, about 70 of whom are women. 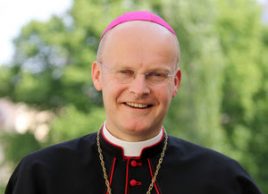 In Germany as well as in other European and world countries, the Church is confronted with the wounds of abuse. What has been the impact of this tragedy in Germany?

We have lost credibility. People have stopped trusting the Church, the priests, the bishops.

Pope Francis is right when he says that this is not an epoch of change, but a change in epochs. We are therefore reflecting on how to respond. Not only do people find it hard to trust the Church, they also find it hard to understand if and what the Church has still to say in our post-modern society, thereby questioning the very plausibility of the faith as the fountainhead of Christianity’s own existence.

You said that the synodal journey is a process whose outcome is still unknown. However, what is the desired goal?

Four themes are at the heart of the synodal path in Germany: “power and division of powers in the Church”; “priestly life today”; “women in Church service and ministry”; “love and sexuality”. Why were have you chosen these themes?

We form part of the universal Church with the Pope and live together with everyone at the same time. Only half of the Christian population in Germany is baptised, and of those baptised, 50% are members of the Protestant Church, and the rest are Catholics. The Protestant Church has ordained women as ministers for almost 70 years. Thus the Catholic Church in Germany is often asked to consider the priestly ordination of women. Furthermore, the human sciences are developing research into male and female sexuality, and political initiatives are progressing with regard to laws on equal rights for all. In short, new questions arise. Therefore, the issues at stake are not limited to the abuse crisis. A certain part of the history that we have lived through is being questioned, and it is changing radically and rapidly.

There are no concerns, especially on the part of the bishops, about taking a leap forward. How is the newness of events and the demand to embark on new paths with respect to the historical path being handled?

We have to move forward together with the whole Church, and perhaps in Germany we have more patience than otherwise thought. On the other hand, we are equally convinced that these questions are not unique to Germany, but that they also exist in more industrialised and post-modern societies. These questions affect the entire universal Church: how can we address them? We are living in an age of radical changes in the Church, not one departure from tradition but within tradition. As I said, all we know about these changes is the next stage, not the final outcome.

Do you envision the outcome of the ongoing process of change?

I have two observations to offer. Firstly, many problems require solutions that can no longer be found in purely national strategies. This openness to the world applies to almost every problem and challenge we face today. These include migration issues, peace building, climate change, as well as post-Covid health crises. My second remark concerns the preferential option for the poor and vulnerable. It seems to me that this priority is also the result of the abuse crisis we are currently experiencing in Germany, which has required us to cast a preferential gaze on the vulnerable among us. For too many years we did not see them, even though they were in our midst the whole time. In my opinion, it is worthwhile, at least for Europe, to see it as a crisis of conscience and reflect on how to move forward starting from the reality of poverty, in all its manifestations.

Could this synodal journey provide an opportunity for the Church in Europe to “plunge into the water of truth”?

Yes, with regard to tradition, but not only. Delving into the depths of truth is also about our ability, as people of God, to address our present-day reality, families, education, all cultural institutions, and the world.

To what extent have the wounds of abuse affected the German Church’s willingness to challenge herself?

It’s impossible to quantify.  It’s terrible, more than terrible. I have been speaking with many survivors and their families in my capacity as bishop. I have therefore seen for myself the serious consequences of abuse in their lives. The suffering is overwhelming, above all on the part of the victims, but also on the part of the Church. Of course, the Church comes second. The victims before everything else.

Faced with this sea of truth and suffering, even though you are yet to discover the destination of the synodal journey, have you cherished a dream? Which Church do you envision for future generations?

A Church that is more focused on human poverty, in all its dimensions, and also a more humble Church. A Church that is rooted in humbleness, as if it were a sacrament of God’s presence in history. That is my dream.