The fourth European Citizens' Panel involved in the EU reflection and review process will be held in Strasbourg on October 15-17. The plenary session is scheduled to take place October 22-23. In the meantime, national governments, regions and civil society are promoting a large number of events of varying scope with a view to engaging local communities in the process. Follows a roadmap of planned initiatives

The fourth European Citizens’ Panel, on “EU in the world/migration”, will meet in Strasbourg on 15-17 October. This event marks the conclusion of the first of a set of meetings of 800 European citizens called to reflect on all nine themes of the Conference on the Future of Europe. The panels will meet again for two more sessions. The outcome of the first round of meetings will culminate in the second assembly on October 22 – 23, with the participation of citizens, representatives of European institutions and national parliaments, European organisations and NGOs. The programme of the assembly – to be held in the Hemicycle in Strasbourg – features a report on the European youth event, EYE 2021, held this past October 8 and 9, and a report from panel and event representatives at national level. In fact, in addition to the digital platform, the European panels and the plenary sessions, national events and panels form part of the various opportunities for debate and discussion that the Conference intends to promote. An internal report highlights the efforts made by all Member States, albeit with considerable differences. The 60-page report reflects widespread dynamism, which in some cases is confined to institutional venues, while in other cases it is geared towards ensuring the active participation of citizens. 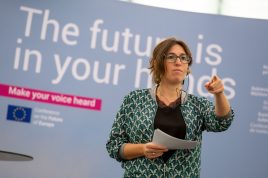 Panels, questionnaires, events… Only a few countries have activated national citizens’ panels, as requested by the Conference steering committee. One is Belgium, which during the present month of October is working on the creation of a panel along the lines of the European ones. The panel is set to comprise 50 people who will convene for three weekends to discuss “European democracy” and citizen involvement. The Netherlands launched citizens’ consultations organised by a non-political body, on a mandate by the national government. It started with a public questionnaire in September, distributed to selected, representative and inclusive groups of citizens. Citizens will gather in special “dialogue” sessions to discuss issues arising from the responses to the questionnaire. Spain has set up panels for “interest groups”: the academic and business worlds have met to discuss international relations; a panel consisting of citizens discussed the European citizenship statute; another panel for civil society groups from the autonomous regions focused on governance… Spain is planning to prompt reflections also via “bi-national” events (with neighbouring France and Portugal). 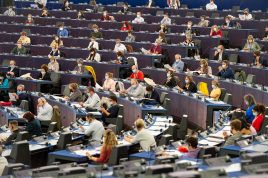 Transnational events. Germany‘s rich programme features transnational events, such as those of Saxony and Baden-Wurttemberg, in conjunction with the neighbouring regions in Poland and the Czech Republic, Rhineland-Palatinate with Bourgogne-Franche-Comté, and North Rhine-Westphalia with Hauts-de-France and Silesian Voivodeship. Alongside these initiatives, France also launched regional level dialogues, with 18 events in as many regional centres on two weekends in September. The government of Slovakia has adopted a “Concept on the Conference on the Future of Europe” marking these months of work in three stages: preparation, activity, verification. This is now the second stage, which envisages, inter alia, a “national convention on the EU.” Portugal kicked off the debate at national level with a major event last July, when it still chaired the EU rotating presidency. Slovenia, which currently holds the six-month presidency, held a national inauguration conference organised by the government in May, attended by senior national and regional authorities, and dedicated its annual Strategy Forum in Bled ( September 1-2) entirely to the conference.

The role of websites. Many countries have developed their own websites, such as the Czech Republic and Austria (eu-zukunftskonferenz.at in Austria, euroskop.cz in the Czech Republic), linked to the Conference platform. The Austrian website features both background information and news on the progress of the Conference, including details on events in Austria and a programme of planned initiatives nationwide organised by the Federal Government, regional and local authorities, national and regional parliaments, civil society organisations, social partners, associations and citizens. 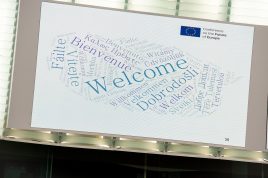 The challenge of the pandemic. The pandemic situation had a major impact on the Conference in Ireland, which is why all events and debates to date have been held on an online format. If the infection rate remains low, in-person meetings will take place not before the beginning of 2022.   European Affairs Minister Thomas Byrne is holding a round of meetings on the Conference with “specific groups”: young people (18-25 years old) and youth councils, migrant communities and LGBT organisations, offshore island communities in Ireland. Denmark has allocated government funds with a view to facilitating and encouraging an “inclusive and decentralised” debate, with over €500,000 distributed to a heterogeneous group of stakeholders (including NGOs, media outlets, youth organisations, cultural institutions, think tanks and research institutes) in September 2021 for the implementation of more than 180 panel discussions across Denmark, half of which were specifically addressed to young people.

Italy does its share. What about Italy? The Italian government has already drawn up an “official position paper” and appointed a Wisepersons’ Committee, co-chaired by former European Commissioner, Amb. Ferdinando Nelli Feroci, and former Minister of Justice, Prof. Paola Severino that held its first meeting on 27 July 2021. At that time, the Committee established four thematic working groups: institutional affairs;  foreign policy; social and economic issues; climate, energy and environment and  working calendar with a view to drawing conclusions by the end of 2021. A large event involving young people from the EU and the Western Balkans will take place in Rome on 22-26 November 2021, while another large event, scheduled to take place on December 3rd, 2021, will involve young people from the EU and the Mediterranean countries. A far-reaching media campaign with the aim of fostering a public debate on the themes will shortly be released. National and local institutions are promoting meetings and seminars, along with initiatives promoted by academia and school environments. Approximately 280 Italian events are registered on the website of the Conference on the Future of Europe, out of over 2,900 from all 27 EU Member States.