Cardinal Stella, Prefect of the Congregation for the Clergy: "Facilitate vaccination of priests, at least those ‘in care of souls’ . Some priests have indeed given their lives in service until the very last moment, seizing the opportunity of the pandemic to live out in fullness their ‘Here I am’ in response to the Lord's calling, proclaimed on the day of their ordination”

“A priest who is faithful to his vocation and mission, and who therefore devotes his time to exercising his ministry in the parish, in prisons, in hospitals, should be considered part of an ‘at-risk category’, for performing a ‘socially useful’ service”, said  Card. Beniamino Stella, prefect of the Congregation for the Clergy, referring to the appropriateness of extending vaccination to priests. 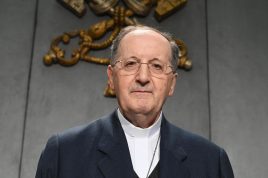 A total of 269 diocesan priests died from COVID-19 in the first year of the pandemic. What were the human costs paid by the Church?

Clearly, just like other segments of society, the Church suffered a severe impact caused by the pandemic and its after-effects, which deeply affected people’s lives, disrupting and even shattering their daily routines. The Church was not- and is not – exempt from the impact of this tragedy, first and foremost in the light of the deaths of so many of her ministers, many of whom succumbed to the virus while generously devoting themselves to ensuring that the People of God felt the closeness of their shepherds and that they received the comfort of the sacraments and the proclamation of the Word of God.

Those priests have given their lives in service until the very last moment, seizing the opportunity of the pandemic to live out in fullness their ‘Here I am’ in response to the Lord’s calling, proclaimed on the day of their Ordination.”

The blessed memory of Don Giuseppe Berardelli of Bergamo, who died after donating his respirator to a younger patient, is one of the many deserving special mention. In addition to the loss of so many shepherds, I also feel – but I will not dwell on this – that the Church is suffering from the current circumstances that make it impossible to hold in-person meetings, or in any case only with limited numbers and restrictions. Although the use of video-conferencing and digital technology has been of great help, for us Christians, for priests, human closeness and interpersonal relationships, experienced in community service and prayer, are irreplaceable.

Is it time to recognise the social service offered by priests and ensure access to vaccines for those most exposed to the risks of infection?

This issue should receive necessary consideration on the part of the competent civil and ecclesiastical authorities. My personal opinion, however, is that

a priest who is faithful to his vocation and mission, and who therefore devotes himself to carrying out his ministry in parishes, prisons, hospitals, etc., should be treated as part of an ‘at-risk category’, because he is providing a ‘socially useful’ service.

In this respect, by way of example, I will mention what the archbishop of a large city in Latin America told me a few months ago. When the pandemic broke out, the archbishop was obliged to recall the chaplains from the hospitals they were ministering at, most of whom were elderly priests who were themselves at risk of contagion. In response, other younger priests volunteered to serve at hospitals, and obtained permission from the civil authorities to do so, along with appropriate ‘clothing’ to minister in complete safety. As a result, the archbishop said, no one in his diocese died without receiving the sacraments or was hospitalised without also receiving spiritual assistance. I see this as a successful example of cooperation between civil and Church authorities aimed at

enabling clergy – at least those ‘in care of souls’ – to exercise their ministry, something that could be done today by facilitating vaccine administration. 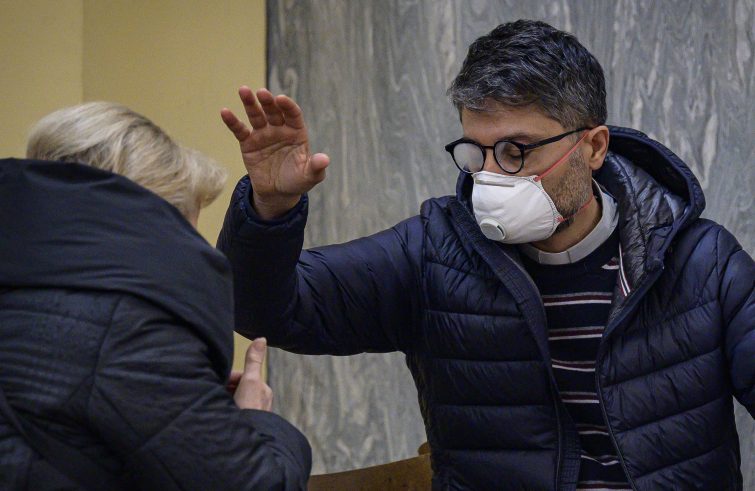 The distance separating the clergy from the people during the lockdown has in some cases exacerbated the feeling of loneliness of some priests. Has the pandemic aggravated a pre-existing situation? Should different forms of living and social interaction be envisaged for the clergy?

The pandemic has undoubtedly shattered patterns of everyday life and interpersonal relationships, not only of priests, causing psychological distress also among the shepherds, physically separated from their flock. While this is undoubtedly true, I would rather not make generalisations. While all priests underwent a time of suffering, many succeeded in finding new ways of being close to their faithful, devoting more time to prayer and strengthening their personal closeness to the Lord, as well as by developing fraternal relations with the brethren with whom some share their homes.

I would rather point out that perhaps the pandemic has mercilessly laid bare grey areas and fragilities hitherto “anaesthetised” by the hectic pace of commitments and pastoral activities. As all this was no longer possible, we saw the mirrored image of ourselves, and some probably felt overburdened by their individual circumstances.

Although diocesan priests are neither monks nor hermits, I personally believe that a priest is never lonely, by virtue of his carefully nurtured spiritual life and the habit of living in the presence of the Lord. In Him resides the source of strength of priestly life, its underlying pillar, even in those moments when the relationships with his confreres and the faithful, and the commitments of his ministry, diminish. In this respect, elderly and sick priests are often good “teachers” for the younger ones, demonstrating with their lives that when physical strength and abilities gradually decline, there remains God and His love. I am thinking of a brilliant and gifted priest who found himself confined to a hospital bed because of the virus, and there he had to learn to surrender to the selfless love of God and neighbour, receiving the gift of communion every day during his hospitalisation, until his recovery, thanks to the care of a doctor who ensured his continued closeness to the Lord. I am also thinking of a parish priest, serving in the parish for many years, who fell ill with ALS and experienced progressive decline for over a decade, in function and mobility. In fact, his human and spiritual fortitude remained undiminished until his final days. For as long as he could, he dictated daily homilies to those who attended him, and in later times he wrote them himself, through his eyes, thanks to technological aids.

Has the Church shown courage in these challenging times?

Absolute judgments come at a price, especially in situations and contexts such as our present one, marked by a yet unresolved emergency. I must say that I was touched by the many examples of courage shown by bishops, priests and lay faithful who put aside their personal hardships in order to reach out to others.

It is worth recalling the “phone and online ministry” carried out by numerous bishops and parish priests, but special recognition should be given to the generous efforts of young people and adults who offered their help to their diocesan Caritas centres, to ensure uninterrupted assistance to the poor, old and new, in these difficult times.

As I recall their faces, which are countless, I can safely say that the Church, representing the People of God as a whole, has had the courage not to let herself be overwhelmed by the virus, which has also put her to the test. The Church has had the courage to dare new initiatives, more or less successful, to be close to and help the neediest and to comfort the distraught; the courage to bring a word of hope and courage to the whole world, which is what Pope Francis did on March 27, 2020, in a virtually empty St. Peter’s Square, yet one that may never have been so filled with attention, emotions, expectations and the need for answers. 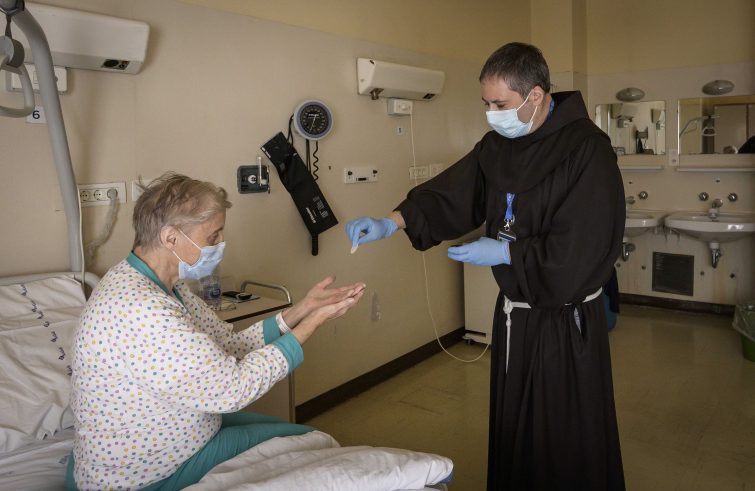 Will the post-pandemic Church be the same and, above all, will the clergy?

At ecclesial level and in terms of organising pastoral care, I believe that nothing will be the same as before. Previous pastoral practices – which were merely the result of routine and no longer succeeded to nourish the faith of the People of God – are likely to disappear. The shepherds’ responsibility will be not to hastily cut off ” half-dead branches” without first having reflected on new solutions to replace them, tailored to their particular communities and not the result of abstract theological-pastoral speculation.

We have all experienced that human creations and projects are fragile and at risk of being swept away in a heartbeat, as demonstrated by the pandemic. The consequence of this is that perhaps more people will return to reflect on the meaning of life, on the priorities they should set for themselves, on the value of human relationships, of ‘being’ as opposed to ‘having’…

Shepherds have the “treasure” of Christ, His Word to proclaim and His Love to bear witness to in response to such momentous questions. I would like the clergy to be aware of this, to re-centralise their lives and their vocation in Christ, and to rediscover with ever-increasing strength the missionary zeal to go out and proclaim the joy of the Risen Lord, bringing His light to a world shadowed by death, that the virus has rendered more evident. Now that man’s delusional image as “master of the world” has once again been unmasked – a delusion that occasionally resurfaces throughout history, since the Tower of Babel – what remains is the rediscovery of being children of the One Lord, who does not abandon us and gives us the strength to live in His peace through the most dramatic times.