“We must not be fundamentalists, in either our science or our religion. The problem with fundamentalism is not that it is right or wrong, but that it is incomplete. It implies that whatever bit of truth we hold today is final, and so we close our eyes to encountering God any further”. Speaking about the award of the Nobel Prize to Penrose, Genzel and Ghez, the Director of the Vatican Observatory says: “I’m delighted with this year’s Nobel Prize”

“Science could not exist without faith! Science needs faith that with it we can find truth, and that this truth is worth finding”. Jesuit Brother Guy Consolmagno, Director of the Vatican Observatory, comments on the award of the Nobel Prize in Physics to Roger Penrose, Reinhard Genzel and Andrea Ghez for their studies on black holes and their implications in understanding the mechanisms governing the Universe.

Three scientists investigating the subject to which you have devoted your life?
I’m delighted with this year’s Nobel Prize. In particular, Roger Penrose has been a guest of the Specola Vaticana; he was a featured speaker at our workshop on Singularities and Black Holes that we sponsored in 2017, to celebrate the work of Fr. Georges Lemaître. Lemaître was a Belgian cosmologist and a Catholic priest.

His cosmology formed the basis of what we now call the Big Bang theory. Penrose and the Stephen Hawking – who also deserved a share of this award, but alas the Nobel Prize cannot be given posthumously – laid the theoretical groundwork for understanding Black Holes in the framework of Einstein’s General Relativity. 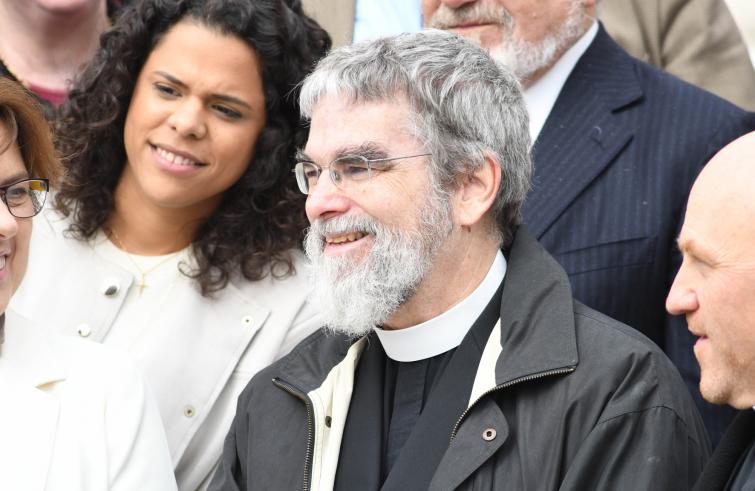 What is the contribution of Genzel and Ghez?

The best theories need to be tested by observation, and the work of Genzel and Ghez have provided precisely those observations. Indeed, the particular work cited is only a small part of their lifetime of observations, which have confirmed not only the existence of black holes but given the theorists more details of how black holes are seen to behave, to fold into their mathematical models.

How does this work impact our understanding of the Universe?

Each bit of scientific understanding is a thread in the tapestry of the universe,

just as every movement of prayer or every insight of Scripture can only be appreciated in the larger context of salvation history. 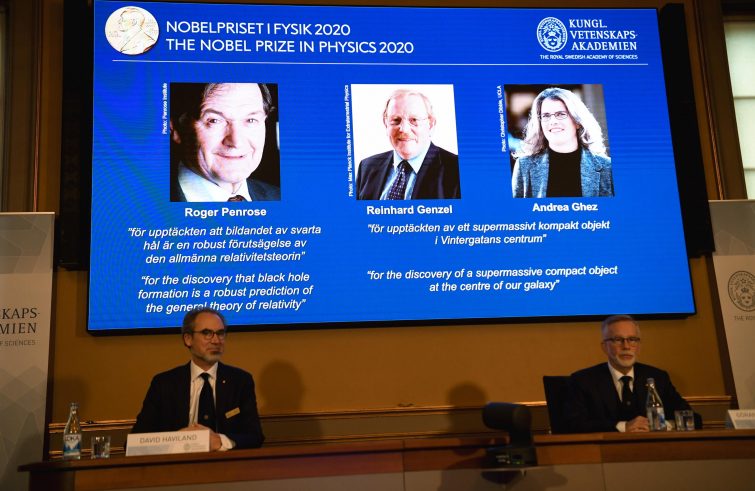 Is scientific progress compatible with faith?

Our faith must be constantly challenged to grow by how we discover God’s action in the physical world. Furthermore, on a deeper level, each really needs the other to provide what it alone cannot do. To quote St. John Paul II: “Science can purify religion from error and superstition; religion can purify science from idolatry and false absolutes”.

Does science get us closer or farther from the idea of God’s existence?

There are countless places where Scripture reminds us that God created the physical universe, and that, indeed, “the heavens declare the glory of God”. Thus, the more we study the universe, the closer we come to the Creator. Furthermore, as St. John Paul II also reminded us, we must never fear what we can learn from science: “Truth does not contradict truth”. But at the same time, we should not think that truth is limited only to what we learn from science.

We must not be fundamentalists, in either our science or our religion.

The problem with fundamentalism is not that it is right or wrong, but that it is incomplete. It implies that whatever bit of truth we hold today is final, and so we close our eyes to encountering God any further. Such a science is sterile, such a belief can never grow, and thus we would never increase our love of the universe and the One who created it: the One who is the way, truth, and life.