In an effort to envisage - with no predictive intentions, of course - what can be expected from the Biden-Xi summit on the sidelines of the G20 meeting, a few facts should be borne in mind. One is the state of mind of the two statesmen arriving in Bali. In fact, both have passed an electoral test, each with different outcomes and yet converging in terms of approval (full for Xi, diminished for Biden) that allowed them to gauge their power/consensus at home

In an effort to envisage – with no predictive intentions, of course – what can be expected from the Biden-Xi summit on the sidelines of the G20 meeting, a few facts should be borne in mind. One is the state of mind of the two statesmen arriving in Bali. In fact, both have passed an electoral test, each with different outcomes and yet converging in terms of approval (full for Xi, diminished for Biden) that allowed them to gauge their power/consensus at home.

Xi faced the CCP Congress with a strong emphasis on the patriotic theme of Chinese Renaissance, projecting that in 2049 China will have complete control over its neighbouring provinces (including Taiwan) and will be propelled towards controlling the South China Sea with free access to the Pacific Ocean. In outlining this scenario in his policy report, the most recurring term was “security”. However, now that he has rid himself of the major opposition faction in the Politburo, he can devote himself with greater realism to domestic matters linked to post-pandemic economic recovery, whose hardships, coupled with restrictive measures, have led to widespread social discontent. In so doing, the focus will be on strengthening trade flows and securing fresh foreign investments, much  needed for economic growth. That is why one of Xi’s first externally-oriented statements shortly after his re-election was the message to the National Committee on US-China Relations, which rang as an open invitation to the White House to identify mutually advantageous and mutually rewarding areas of cooperation on a global scale.

Also Mr. Biden stood by the principle whereby, in the direct or indirect reappointment of top level one-man positions, foreign and security policy issues normally offer some reward, especially if they invoke cohesion and divert from domestic rifts and legitimacy issues. Hence, Biden’s stance was in line with the confrontational stance that depicts Chinese policies as a threat to US national interest offshore. In the wake of the Midterm elections, which made the White House-Congress nexus less of a ‘lame duck’ (but lame nonetheless) than anticipated, Washington responded to Xi’s aforementioned invitation by seizing the opportunity of the G20 to outline some ”areas of cooperation” ( please note the close affinity with the terms used by the Chinese leader) on particularly sensitive issues pertaining to global governance. 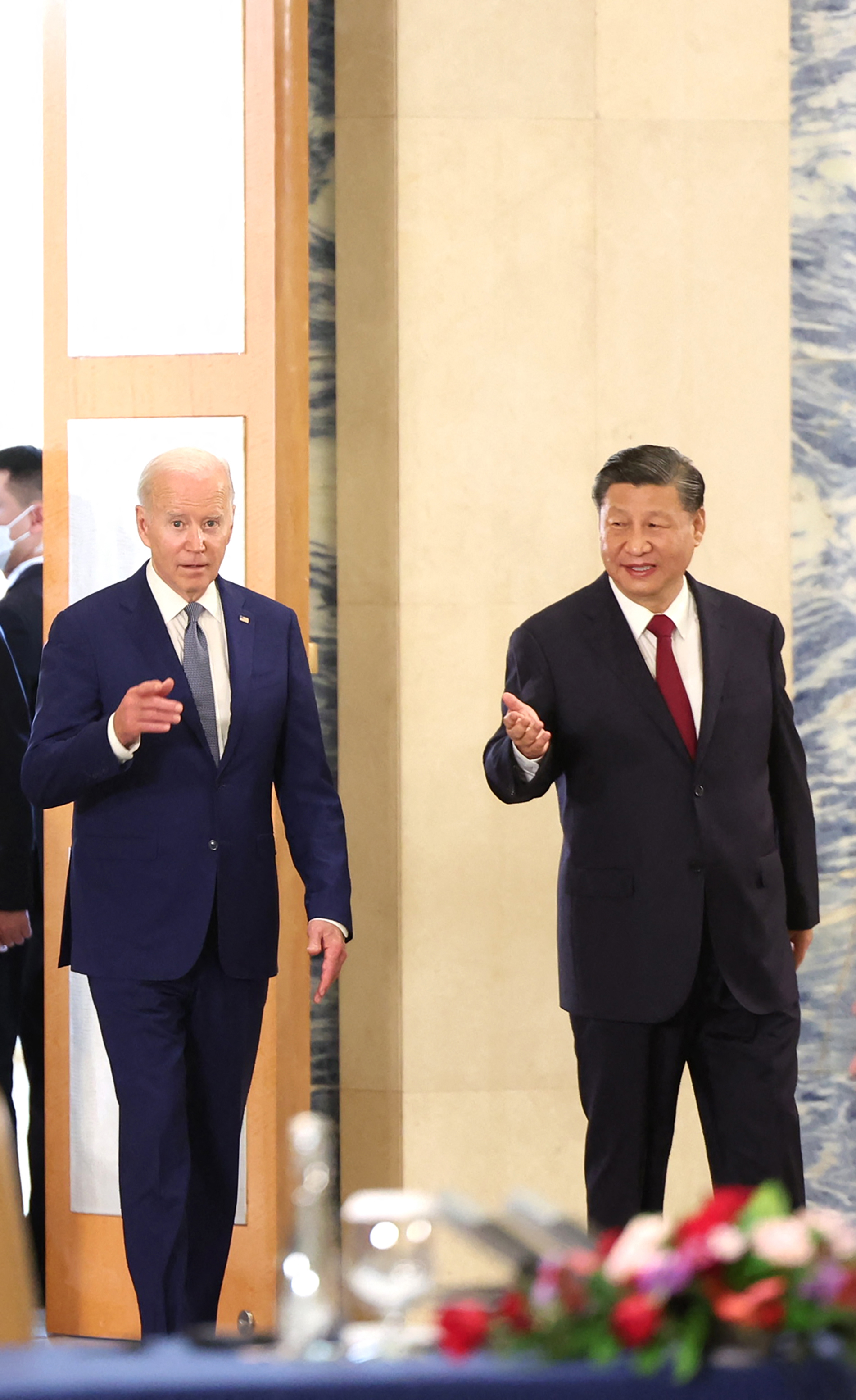 At the meeting in Bali, the United States can deliver the investments Beijing sorely needs. However, it may likewise volunteer to oversee the relations between China and a Europe that sorely needs to compensate for the severing of Russian partnerships, thereby enabling Washington to avoid seeing its control bypassed by single-country initiatives to engage with Beijing – like Germany. This may even lead to an easing of the vetoes recently imposed by Washington and – by extension – by several European wingmen in exercising the power guaranteed to public authorities to intervene in technology market acquisitions sought by Chinese companies.

What quid pro quo will be asked for? Détente would certainly be fruitful also at home, given that, in the event of further turmoil on the international scene, a Republican-majority House might not support any of the White House’s policies ‘For grace and love of God’. This détente would have to concern first of all, at least for a certain period of time, Beijing’s actual stance towards Taiwan. But this détente is also likely to be mitigated with regard to Chinese activism in its attempt to open ports and even military bases on Africa’s coastline bordering the Atlantic Ocean.

With regard to Asia, it could once again ask China to exert its undeniable influence on North Korea, in order to restrain the latter’s military muscle-flexing unrest, not infrequently triggered when Pyongyang launches its missiles demanding from its ‘friends’ the resources necessary for its sustenance, in exchange for appeasement. Indeed, one must consider China’s unease at North Korean provocations, which periodically draw US aircraft carriers close to the Yellow Sea shores.

Finally, mention must be made of the Russian-Ukrainian war, which the meeting’s agenda will inevitably give prominence to.

Indeed, it may try to capitalise on Beijing’s perceived uneasiness with its Russian partner (acknowledged by Putin himself at the recent summit in Samarkand). The destabilisation caused by the Kremlin somewhat disturbs China’s geo-economic plans. The latter has no intention of suffering any damage – also in terms of its public image – from its involvement with Russia, which could jeopardise the soft power that China is in the process of consolidating with a view to accrediting itself as a reassuring superpower across the globe.

Washington could thus secure Beijing’s willingness to stop acting as Russia’s crutch also by tapping into China’s long-standing ambitions on Moscow-controlled territories, possibly to replace its hegemonic influence over the Central Asian region, to directly control its stability with regard to the Silk Roads, while also acquiring further and diversified energy supply sources by controlling the -stan Countries.

Nevertheless, the Russian affair and the objective of consensus to end the war must not represent a conditio sine qua non for everything else. If it should prove to be a stumbling block, it will most probably be shelved in order to safeguard other relevant matters that Washington considers critical for defining its global leadership’s relational profile in the new course it intends to embark upon.

In fact, despite the alluring prospects, China might be afraid of fostering a spiraling process that could be detrimental to Russia to such an extent as to cause Putin’s fall as well as the break-up of the Federation, thereby paving the way for highly perilous instability within the same continental platform. While considering it a traditionally and naturally rival power, not least because of geographical proximity, China has so far profited from Russia as a solid, unintentionally protective barrier against Western interference in Asia. 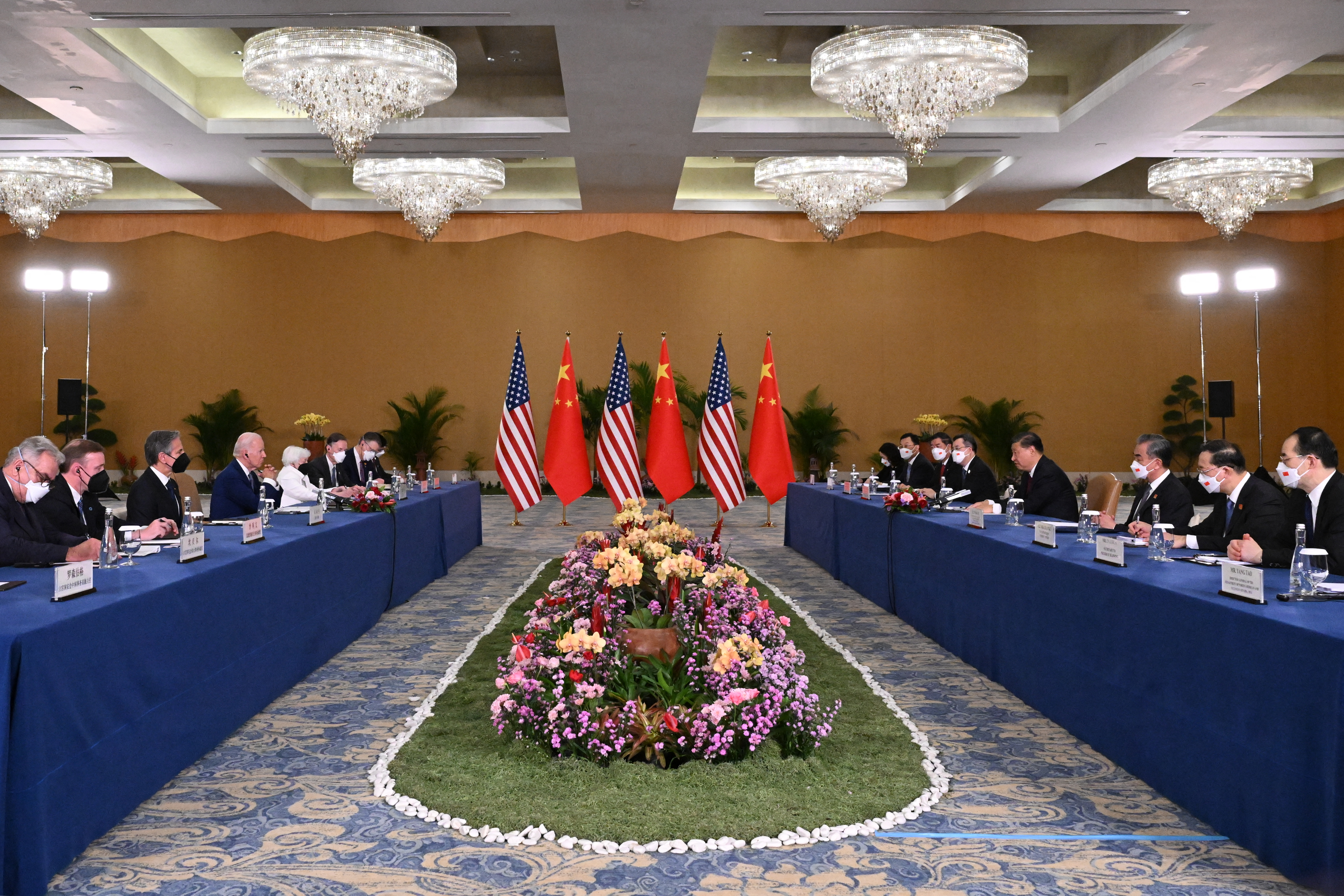 This does not detract from the fact that the announcement of the meeting in Bali, whatever the outcome, is already exerting pressure on the Kremlin, which may sense that this initiative is the result of both parties’ willingness to engage in a conventio ad excludendum, requiring them to show full cooperation to end the conflict. Should that be the case, the political skills of the United States and China will have to consist in providing an honourable exit option. In order to avoid the unconscious responses of those who, with their backs against the wall, might decide to gamble everything. Furthermore, the situation could, in extremis, spiral out of control even for Putin, who can no longer control the regime’s most extremist wing.