COMECE (Commission of the Bishops' Conferences of the European Union) and SECAM (Symposium of Episcopal Conferences of Africa and Madagascar) published a long and comprehensive document addressed to policy-makers on both sides of the Mediterranean in view of the EU-African Union summit next October. The focus is on peace, human dignity, the fight against poverty, migration and promoting social justice, with a call to end to all forms of neo-colonialism and arms trade

Human development, integral ecology, security and peace, migration, the role of religious communities designate the five chapters of the joint contribution (11 lengthy pages, available in English) elaborated by COMECE (Commission of the Bishops’ Conferences of the European Union) and SECAM (Symposium of Episcopal Conferences of Africa and Madagascar) on the future EU-Africa partnership. The document was prepared in the light of the summit between the European Union and the African Union (AU), scheduled to take place next October, aiming to develop a long-term partnership between the regions on the two shores of the Mediterranean. 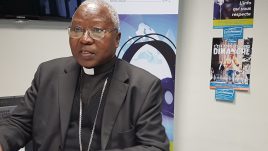 Promoting peace and justice. The summit announced between the EU and the AU is likely to take place at the height of the Covid-19 pandemic, which is affecting the whole world, with devastating effects in both continents. “At a time when our two continents as well as the entire world have been hit by the COVID-19 pandemic and its devastating consequences” – , the Presidents of COMECE and SECAM, respectively Card. Jean-Claude Hollerich and Card. Philippe Nakellentuba Ouédraogo, thus call attention to vulnerable and disadvantaged people, families, local communities, migrants. The document, published on 10 June, entitled “Justice shall flourish and fullness of peace for ever” (Psalm 72), is accompanied by two video messages from the two Cardinals. The joint contribution prepared by the respective Secretariats based in Brussels and Accra, “encourage African and European policy-makers to base their preparatory efforts on the principles of human dignity, solidarity, the preferential option for the poor, the responsible stewardship of all Creation as well as the pursuit of the common good.”

The “engines” of multilateral cooperation. “We are firmly convinced that Africa and Europe could become the engines for a reinvigoration of multilateral cooperation”, the Presidents of COMECE and SECAM state in the introduction to the document “Justice shall flourish and fullness of peace for ever.” Commenting on the launch of the document, Card. Hollerich recalled the common roots and geographical proximity between Europe and Africa, and

highlighted “Europe’s responsibility to share peace and prosperity with our neighbours.”

The document drawn up by the bishops of the two continent also offers a number of “specific policy recommendations” aiming to “reshape the intercontinental political and economic relations towards an equitable and responsible partnership that puts the people at its centre.” 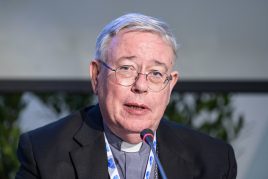 A partnership for integral human development. This first chapter, featuring a set of recommendations, calls upon European and African policy-makers to “prioritise common actions allowing all people to have unhindered access to basic social services, adequate healthcare, education, nutrition, clean water and sanitation and decent housing”; to foster

the socio-economic conditions for the development of families “as the foundations of the social edifice”; “to acknowledge the significant potential of our young people and women to be the drivers of transformative processes” at all levels of economic, cultural,  community, social and political life; taking into account key actors such as family enterprises, cooperatives, and farmers; to adopt a clear strategy  to create dignified and stable employment for all in the long term; to support  use of digitalisation and modern technologies in schools and academic institutions; to foster stronger regional and intercontinental free trade relations; to ensure the return of misappropriated funds from Africa stashed in European banks and their usage for the common good.

For integral ecology. This chapter offers further proposals to EU and AU policy-makers. These include: “to encourage a transition from an exploitative logic towards a

distribution of resources and profits”; to promote equitable access to natural resources;

to adopt binding due diligence legislation for businesses in order to ensure compliance of their actions with labour and human rights; to set out clear regulations for the protection of the environment;

Human security and peace. Stepping up efforts for “pre-emptive peacebuilding”, namely the necessary conditions for all forms of development, coexistence and human promotion, is the guiding thread of this chapter. “In this regard, forward-looking, multi-sectoral and consistent actions need to be taken at an early stage, where the premises of a possibly violent conflict can be transformed and managed in a sustainable way.” The signatories of the document go on to request the adoption of “effective measures against illicit arms trade and work for a progressive disarmament; to support the establishment of platforms and programmes to facilitate an inclusive encounter and dialogue involving local and regional actors, including policy-makers, civil society, Churches as well as ethnic and religious communities; to foster and enabling democratic environment and participatory civic space, while giving a voice to citizens with fewer opportunities. The document equally calls to avoid “new forms of colonization”; to ensure the fundamental right to religious freedom; “to step-up the protection of Christians and members of other vulnerable religious communities who are suffering from terrorist attacks, crimes against humanity, war crimes.”

A partnership for people on the move. “Since migrants and asylum seekers often become victims of the profitable but criminal activity of trafficking in human beings, either in countries of transit or destination, take bold countermeasures, ensure the accountability of perpetrators and provide assistance to the victims”;

address “the root causes of forced migratory influxes of persons”; welcoming migrants and their families “with generosity”,

protecting their rights and dignity, promoting and integrating them into hosting societies.

A partnership with faith-based organizations. Last but not least – continues the COMECE-SECAM document – it is necessary to ensure, in the broadest definition of AU-EU partnership, that religious and cultural diversity be respected, preserved and promoted “as a source of strength, trust and mutual enrichment.” It is thus necessary to “promote religious and cultural literacy in view of enhancing mutual knowledge and understanding”, and “recognise the spiritual, historical, artistic, economic as well as social contribution of religious heritage and reinforce policies aiming at its promotion and protection, particularly in conflict areas.”