Caritas Spes humanitarian aid supplies have just arrived in Kherson and food, water and basic necessities distribution has begun. Father Vyacheslav Grynevych, director of Caritas Spes-Ukraine, currently in Rome for Caritas internationalis, told SIR that the parish priests were remaining close to the population although churches and entire villages have been destroyed. Caritas Spes plans to set up an office in Kherson, even though fighting in the liberated region is continuing

The Caritas Spes-Ukraine humanitarian aid convoy proceeds along muddy roads on its way to Kherson, the city liberated by the Ukrainians on November 11. There is nothing left but rubble, the debris of shattered houses and infrastructure, and craters from the bombings. The first volunteers and Caritas Spes workers arrived in Kherson to help the population. They welcome them with flags, smiles of joy and a sense of relief at last. But the wounds are many and reconstruction will not happen overnight. “The priests tell us that the situation remains difficult. Parish churches have been destroyed and there are no faithful. But they are remaining nonetheless,” Father Vyacheslav Grynevych, Director of Caritas Spes-Ukraine, currently in Rome to attend the Caritas internationalis conference, told SIR. The Ukrainian government has offered the inhabitants of the city of Kherson – left with no electricity or drinking water in many parts of the city – to relocate to regions with better infrastructure, especially as winter approaches, and provided free heated housing.

The distribution of aid has begun. The small Caritas Spes branch of the Ukrainian Greek Catholic Church has already started the distribution of food, drinking water and basic necessities, and is planning to open an office in Kherson, “even though it is still slightly dangerous,” concedes Father Grynevych: “The situation is very bad. Some villages have been completely destroyed. Those who ran into the Russians were scared. Now people are happy and they are displaying the Ukrainian flag, they are grateful to us. This is very touching.” 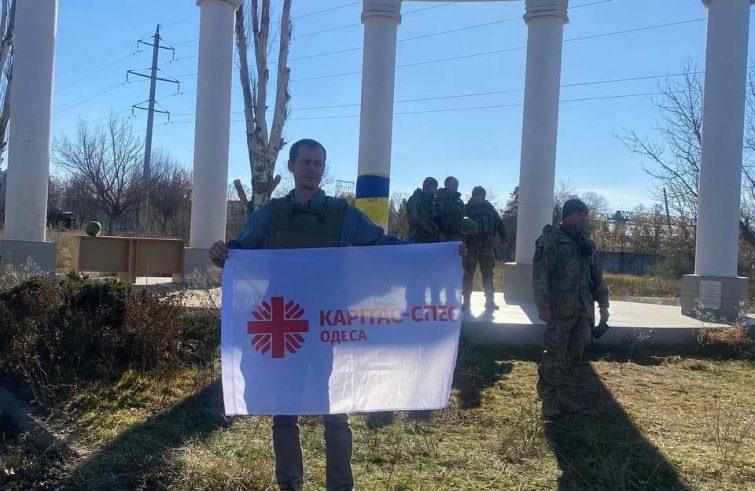 Russian shelling in the region has not stopped completely. The deputy head of the Ukrainian presidency Kyrilo Tymoshenko reported at least one dead and four wounded in the last few hours. A torture chamber set up by the Russian forces was discovered on the grounds of a recreation centre in the village of Strilkove, while a few hours from Kherson, in the Mykolaiv Oblast, the Ukrainians have begun an assault to liberate the Kinburn Spit, a thin strip of land north of the Kinburn peninsula, between the sea and the mouth of the Dnipro Estuary. 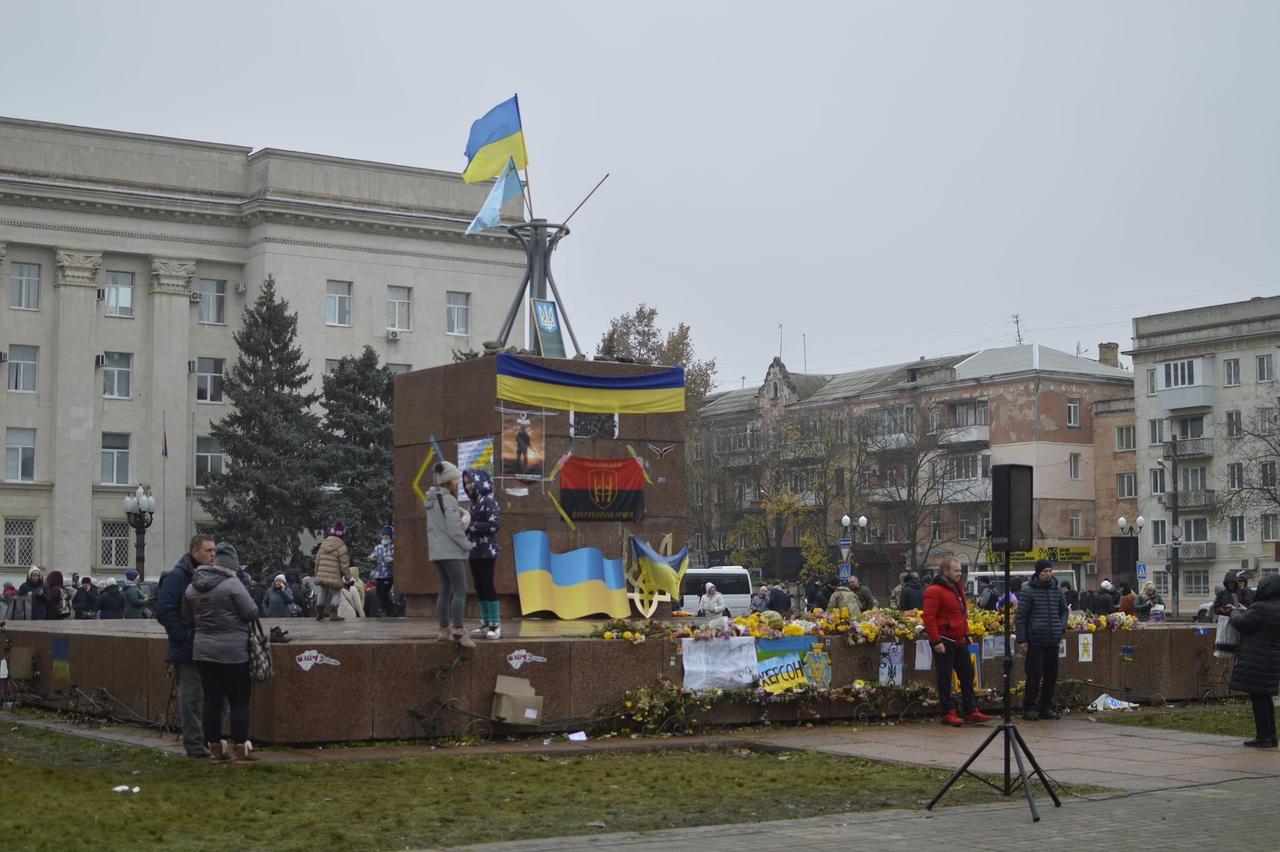 In the meantime, staff and volunteers at the national headquarters of Caritas Spes in Kyiv are grappling with power outages.  The country’s leading electricity company announced that Ukrainians will probably have to put up with this situation until March 2023, although the outages are expected to last for a shorter period of time. Indeed, over half of the electricity infrastructure has been damaged by Russian attacks, and millions of people across the country are left without drinking water and electricity, while temperatures are starting to drop below zero. 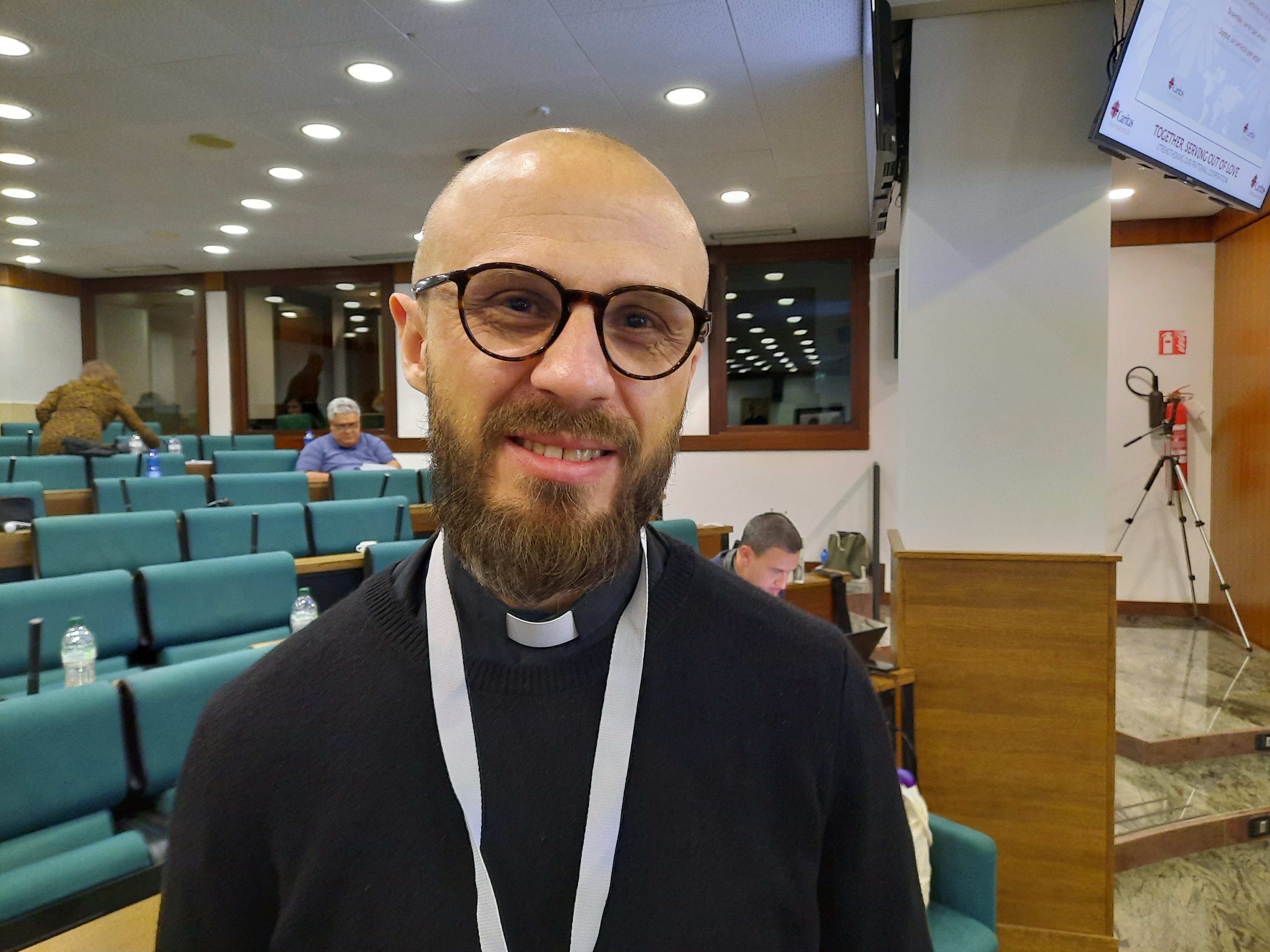 “It’s very hard to live without electricity – said Father Grynevych – we are human beings and we would like to separate work and private life. But instead, since the outbreak of war, everything grew complicated. In the centre of Kyiv where we work there is electricity because there are generators. But it’s dangerous and we have to think about our safety. When we return home we have no electricity and we cannot prepare a warm meal. It’s an unpleasant situation. Unfortunately, the war is affecting all Ukrainians and Europeans as a result – the latter having to grapple with rising energy bills.”

More emergency aid. Caritas Spes has completed the largest projects in Kyiv, Chernihiv and Kharkiv. “We help people with contributions in cash”, continues the director of Caritas Spes. “We have rebuilt houses in some regions, but there are still some urgent needs to cope with, such as food and water shortages. Many people don’t have access to adequate food and are forced to resort to the water from the river.” 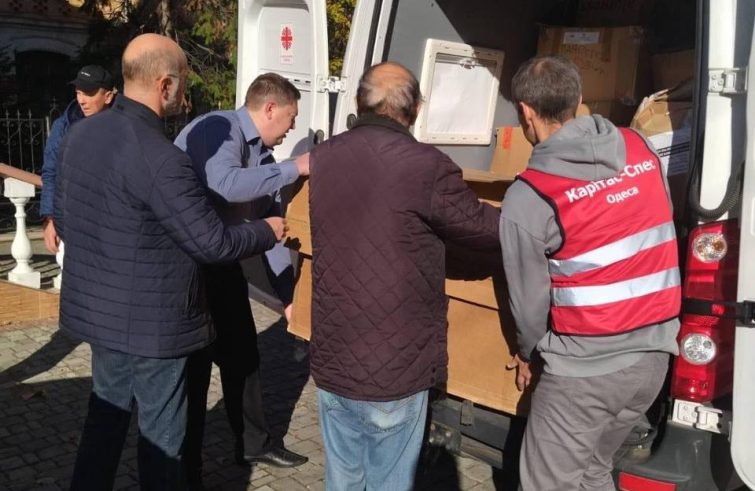 Almost 2 million people assisted since the outbreak of the war. The activity of Caritas Spes is carried out through 6 logistical centres, several warehouses for storage and distribution, 2 of which are international, 17 soup kitchens, 24 counselling centres, along with over 14 distribution offices and many parishes, henceforth reference points for a number of services. Since the war began on February 24, Caritas Spes supplied 4,334 tons of basic necessities already stocked in the collection centres, water and hygiene supplies for 452,511 people, food and basic necessities for 1,475,208 people, temporary shelter for 213,752 people, medicines and first aid kits for 61,621 people, and child protection and care for 75,004 people. Caritas Spes received more than 4,000 tons of aid, delivered to the hardest hit areas via a comprehensive distribution network.  Caritas Spes implemented population assistance programmes totalling around € 5,000,000, reaching out to more than 1,980,000 people.