The curia in Odessa is experiencing a power outage. Two days ago they were left without heating. There is no Internet connection. These are the conditions in which the bishop, Msgr. Stanislav Shyrokoradiuk, OFM, works and lives with his staff. Since the outbreak of war past February, the episcopate has opened its doors to everyone. They provide 70/80 warm meals every day. And two days ago, the minibus donated by Pope Francis carrying humanitarian aid, successfully reached Kherson. "We are grateful to the Pope because he seizes every opportunity to remember the Ukrainian people and to pray for peace. His appeals remind us that the Pope does not forget the people who are suffering"

(from Odessa) Electricity comes and goes. At 7.30 this morning there was a power outage and once again the curia of Odessa-Simferopol plunged into darkness. There has been no heating for two days. The bishop, Msgr. Stanislav Shyrokoradiuk OFM, works and lives with his staff in these conditions. Since the outbreak of war in February, the episcopate has opened its doors to everyone. A chapel located beneath the Cathedral of the Assumption of Blessed Virgin Mary has been converted into a warehouse housing boxes and parcels with humanitarian aid supplies. A room that used to serve for catechism activities has now been transformed into a kitchen.

A total of 70 to 80 meals are prepared and distributed every day. The basement also serves as a housing unit where six people currently live. 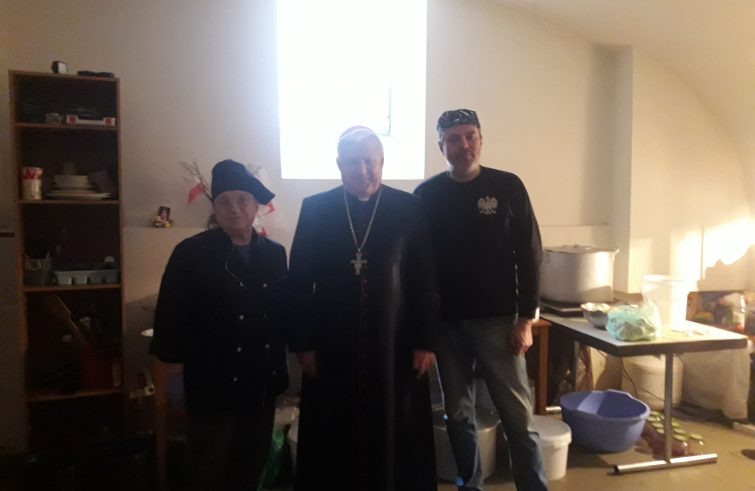 “Our structure is not as large as Caritas, but whoever is in need will always find a relief parcel and some warm food. Over 10,000 people received relief parcels from the curia since February,” the bishop said. “We are at war,” the bishop replied when asked about how he is faring. “It’s a situation of instability. Alarms sound all the time. Yesterday alone, six missiles were fired right over our skies. We are used to it. We continue to pray. In our daily Mass we pray for the dead, for the victims, for the fallen soldiers and for peace.” Many people have left Odessa but many others, mostly women and children from the areas hardest hit by the Russian occupation, from Mykolaiv and Kherson, fled the bombings and came here. There are a total of 80,000 displaced persons in the city. “Thank God, humanitarian aid has been arriving constantly and this has helped us enormously. It was vital for us. This solidarity has always sustained us”. Also Crimea is part of the diocese. “In Crimea there is an auxiliary bishop and 11 priests,” said Msgr. Shyrokoradiuk.

“We remained here to serve. They are here. They are praying, serving. But they are being monitored. They have video cameras in their rooms, in their chambers. Everything is monitored. But we remain here, our duty is to teach people the faith, to impart the true values of life and to see the truth, without fear. We remain to bear witness to the faith.” 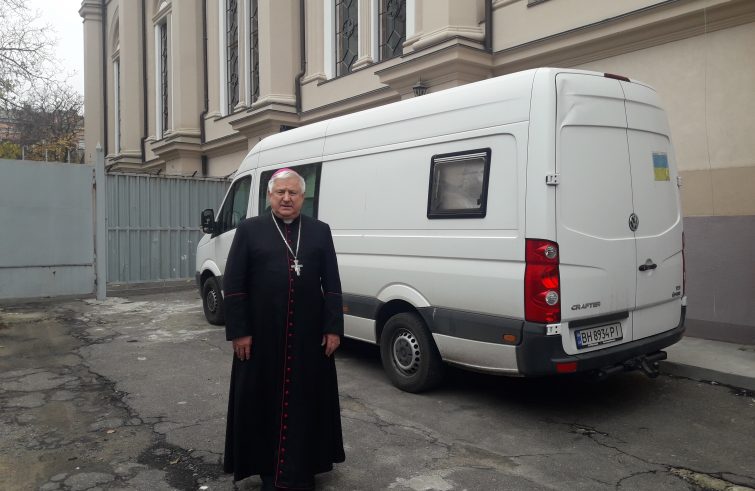 The “Pope Francis’ van” carrying humanitarian aid successfully reached Kherson two days ago. “We are grateful to the Pope because he seizes every opportunity to remember the Ukrainian people and pray for peace. He always does it, every Wednesday at the general audience and every Sunday at the Angelus prayer. These appeals are important to us because they remind us that the Pope does not forget the people who are suffering, who are the victims of torture.” But the Holy Father also provides concrete support. “We received financial aid from him,” recalls Monsignor Shyrokoradiuk. “It was brought to us personally by Cardinal Konrad Krajewski. With that money we bought a minibus that we use to deliver humanitarian aid. Two days ago, the humanitarian aid parcels also arrived in Kherson.

“We see tears in the Pope’s eyes when he talks about Ukraine. The Pope experiences our same suffering.”

The aid parcels were brought to the parish priest of the city of Kherson, who remained there even during the Russian occupation, together with two other parish priests serving in two churches in the region. “Thank God we were able to transfer money even during the Russian occupation. With that money, the parish priest was able to provide food for the people. Many people fled the city but we decided to stay because during these difficult times it is important for the Church to be close to the people. We are a like family to them and the priest is like a father.” 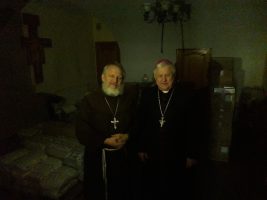 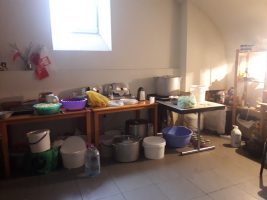 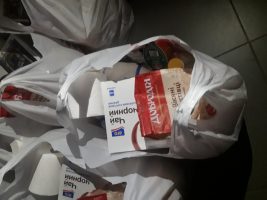 “The Russians destroyed everything. In Kherson there is no running water, no gas, no electricity. There is nothing, and despite that, everyone is happy today because they recovered their freedom.” Also Kherson is in  the diocese of Odessa. “Although people have fled, they now wish to return home, but it’s not yet possible because there are landmines all around,” the bishop explained. “What happened here is what always happens when the Russians arrive. Unfortunately, torture chambers and mass graves were also found in Kherson.

This is genocide and terrorism. It’s not war.

They destroy everything, they attacked crucial infrastructure that is vital for the life of the country and its people. People are dying because of the cold, of hunger, in darkness. That is genocide. It had happened already during the Holodomor when, in the years 1932 to 1933, Russia inflicted a devastating famine on Ukraine, killing 7 million people.” 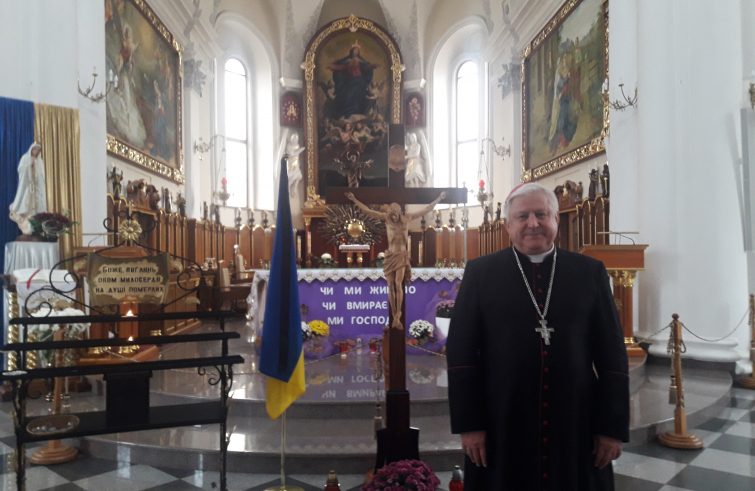 “Thank God, humanitarian aid never failed to arrive. It helped us enormously,” the bishop added. It has been vital for us. This solidarity has always helped us. Prayers for Ukraine are important for us too, because without this help we would not have been able to defend and protect ourselves. More than 25,000 civilians were killed in Mariupol alone. The missiles they fire into the Ukrainian skies hit civilians. What is the UN doing?”. The Bishop also appealed to Italians to listen to the “true information, free from deceitful propaganda. Many people don’t know why the war started. They are attacking us because Ukraine has chosen independence and freedom. It has chosen to follow the direction of the European Union. Ultimately, it decided to break away with Communism forever. That is why they are angry and are attacking us.

My message to the Italian people is: seek the truth, find out what is happening. Also the Church must speak this truth. Not only do we proclaim the Gospel, we also expose the truth.”