Multiple explosions and power outages rocked cities throughout Ukraine. People ran to the shelters. Some took shelter in the corridor of their homes, others are stranded at their workplaces, or have taken refuge in the underground passages of the metro. Outside, a barrage of rockets and flames

Wave of attacks on Ukraine. Multiple explosions and power outages rocked cities throughout the country. People ran to the shelters. Some took shelter in the corridor of their homes, others are stranded at their workplaces, or have taken refuge in the underground passages of the metro. Outside, a barrage of rockets and flames. National authorities urge people not to leave the shelters via app messaging services. “The risk of further missile attacks remains high”, they said. In fact, explosions can be heard outside all the time. After months of relative quiet, Kyiv was hit by fresh strikes that left eight people dead and 24 wounded. It’s the – provisional – death toll resulting from the Russian missile attack on Kyiv this morning, according to Rostyslav Smyrnov, advisor to the Ukrainian Minister of Internal Affairs. News are updated continuously. Further details on the situation will be given later on. In the meantime – President Zelenski assures via Telegram – anti-aircraft defence system is active in the Kyiv region. One of the blasts occurred on Vladimirskaya Street in Pechersk district, where the Ukrainian Security Service headquarters is located. The shelling also hit a children’s playground in the centre of Kyiv. Videos posted online show evidence of a crater near the swings. 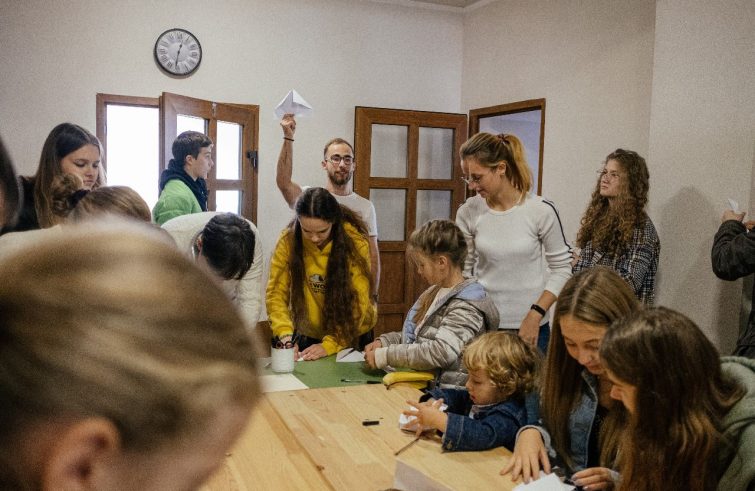 The map of the air strikes stretches across the whole country. The Commander-in-Chief of the Armed Forces announced on his Telegram channel that the Russian aggressor launched 75 rockets across the country this morning and that 41 of them were neutralised by the Ukrainian defence,” Cristina Makar, 22, a Salesian worker with ViS (International Voluntary Service for Development), told SIR from Kyiv. The Russians targeted both persons and power plants. Lviv, Dnipro, Vinnytsia, Zaporizhzhia, Sumy, Kharkiv, Zhytormyr. There were explosions, deaths, injuries, power and mobile network blackouts everywhere this morning. “It all started around eight o’clock”, said Cristina. “I was at home and I heard a loud blast. At this very moment I am lying in the corridor of my flat. The shelling began when people were on their way to work. The city stopped as well. Everything came to a standstill. Even the underground returned to serve as a shelter for many people.

We are being told by our government to remain calm but to stay safe. The Russians want to intimidate us. Naturally, we are shocked. We didn’t expect it but the Ukrainians will not give in to fear. We are not a fearful people. We will stay strong.”

Also the Dnipro Region is under missile attack. “There are deaths and injuries”, the head of the Dnipro regional military administration, Valentyn Reznichenko, wrote on Telegram. “All services in the affected sites are currently operating. Do not leave the shelters.” “All cities in Ukraine are under attack. Kharkiv, Mykolaiv, Lviv, Kyiv,” reported from Dnipro Father Oleh Ladnyuk, also a member of the Salesian Order. Today’s massive attack comes as a harsh response from Moscow to the huge explosion that damaged the strategic bridge in Crimea on Saturday, for which President Vladimir Putin blamed Ukraine, labelling it an “act of terrorism.” “But the Ukrainians couldn’t have possibly brought all that explosive material onto the bridge”, the Salesian Father remarked. “It’s impossible. Rather, it appears to be yet another planned action in a stage of the war that sees Russia retreating from the positions conquered in the first months. It’s a show of strength primarily directed at the Russians themselves. They have to show that they are attacking us.” 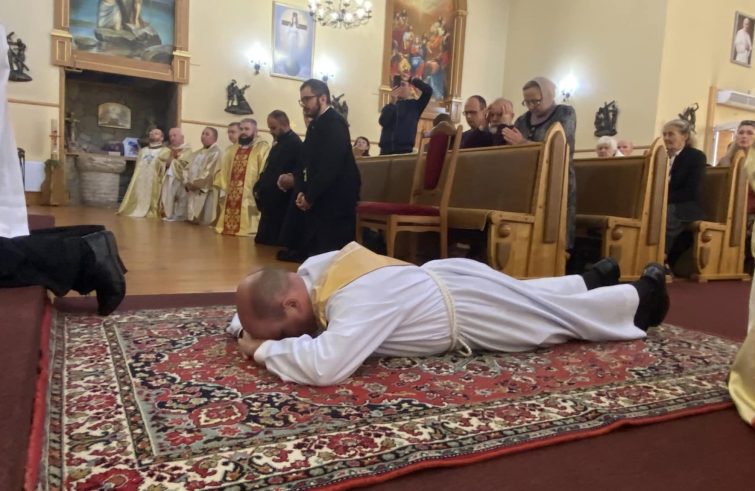 The situation in Kharkiv is equally chaotic, as Russian occupation forces are attacking the city. “There are explosions. Be careful and stay in the shelters” the local authorities wrote on Telegram. Many villages in the region are also reporting power outages. Fr Grygoriy Semenkov, chancellor of the Latin diocese of Kharkiv-Zaporizhzhia, just returned from Zaporizhzhia, where Bishop Pavlo Honcharuk ordained Fr Ihor Sichenko a priest on Saturday, the sign of a Church that not only thrives and resists despite the threat of shelling, but also serves as a vital and forward-looking presence. “Saturday was a quiet day,” recounts Fr Semenkov. “But as we returned to Kharkiv in the evening, the city was hit by a massive barrage of rockets again. We were told that the attack left 17 dead and 44 wounded.”