Over four months have passed since Russia invaded the territory of Ukraine on February 24, and there is no sign of knowing how much longer the ongoing war will last. As a result, we risk getting used to the fighting and stop trying to do something to help. SIR discussed the situation with Father Marco Semehen, a priest at Rome’s Santa Sofia basilica, and with Ignazio Schintu, Director of Emergency and Relief Operations at the Italian Red Cross (CRI)

Over four months have passed since Russia invaded the territory of Ukraine on February 24, and there is no sign of knowing how much longer the ongoing war will last. As a result, there is a risk – voiced by Pope Francis on many occasions during the Angelus prayers and the general audiences –  that the war may be forgotten, or that we may become accustomed to this horror and stop being shocked by it, that it may cease stirring people’s consciences as it did at the beginning, marked by a general and widespread show of solidarity. That wave of emotion in fact resulted in some extraordinary initiatives, such as when hundreds of people volunteered at the Santa Sofia basilica to give a helping hand in the collection, distribution, and truck-loading of tons of foodstuffs, medicines, clothes and other items that hundreds of other people had been bringing all day long to the Ukrainian community in Rome, to be distributed to the bomb-stricken population.

“The aid collection centre spontaneously mobilised at once. People started to respond as early as the third day of the war,” says Fr Marco Jaroslav Semehen, rector of Rome’s St Sophia Basilica and Migrantes Director for the Apostolic Exarchate of Ukrainians in Italy: “The response came from the people of Italy, from its citizens, as well as from a variety of parish and voluntary organisations such as the Civil Protection. Almost everyone responded with overwhelming generosity.” More than 60 truckloads carrying 20 tons of relief supplies each, as well as dozens of minivans, departed from the St. Sophia church throughout that period, enabling the most isolated and remote locations in Ukraine – where there was a shortage of food, medicines, essential hygiene items and all other basic necessities, including clothing – to be reached more swiftly. “There is a need for food as a humanitarian crisis is unfolding, and there are many internally displaced persons that have nothing to eat. Cities have been destroyed and personal hygiene supplies, medicines, and sanitary items of all kinds, are being requested by hospitals and residents alike,” adds Fr Semehen, who, among the numerous donations, received 20,000 Metformin medication pills to treat diabetes from Banco Farmaceutico, immediately sent to Kharkiv, Buča and other shelled cities that are the hardest hit. 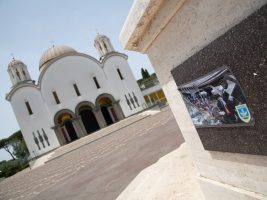 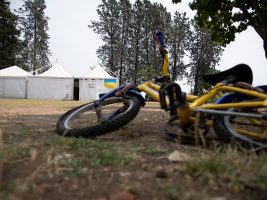 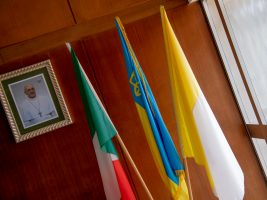 Pope Francis likewise contributed by donating substantial shipments of medicines and relief supplies for people in Ukraine and displaced persons, in addition to launching the “Medal of Peace” initiative, the proceeds of which will be collected to give practical support to the cause. “We saw a significant decline, but this is natural, because when the war continues for a long time, it stops making the headlines, as is the case with all the wars in the world. We continue asking for help to various entities, in order to carry on with our mission. There is a great need for it,” says the rector of the Santa Sophia basilica -the national church for Ukrainians in Rome. Like all Ukrainians, he hopes that the war and the suffering of innocent people will come to an end, and that those forced to flee will eventually return to their homeland, although it will not be possible for those who have nowhere else to go, as their cities have been razed to the ground. “Thank you for what you have done. Please, if you can, help Ukraine again through us or through other Ukrainian communities, because the people are still in need.”

“The drop in contributions compared to the first days of the war is quite inevitable, and that is why I am seizing this opportunity to recall that the war is not over, and we don’t even know how long it will last,” says Ignazio Schintu, Director of Emergency and Relief Operations for the Italian Red Cross, actively present in Ukraine from the very beginning, thanks to the efforts of more than 150,000 voluntary workers throughout Italy who are trained every day for every kind of emergency, in addition to the global network of national and local branches whose activities are run in close cooperation. “The Italian Red Cross started operating on the Ukrainian territory a few days after the outbreak of the war. There was a first period of adjustment, devoted to assessing the needs of the local population”, continues Schintu, clarifying that people’s needs change over time, depending on the weather and on environmental conditions, an example being water and electricity shortages, which is why working with the Ukrainian Red Cross is fundamental. 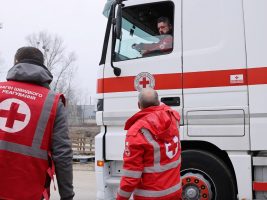 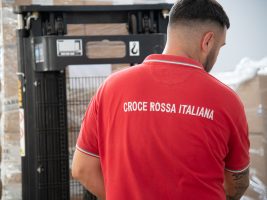 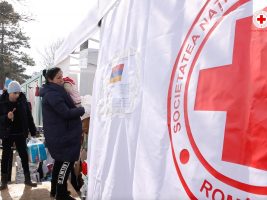 The Italian Red Cross has been delivering an average of two to three truckloads of relief items to Ukraine every week since the end of February, totalling more than 130 truckloads and over 1,500 tons of basic necessities, operated via the 1,000 square metre logistics hub in Suceava, north-west of Romania, specially built for the storage of humanitarian aids. “At the moment, food is in short supply everywhere,” says the Italian Red Cross’ Emergency and Relief Operations Director. He points out that based on past experience, basic necessities have been collected thanks to large donors, while a specific fundraising campaign has been launched for all those who wish to make a one-off contribution, enabling the purchase of goods needed on a case-by-case rationale, thereby avoiding possible customs clearance hassles: “We will continue pursuing this course of action, and for this we need everyone’s help.”