The Italian NGO has been working in partnership with the local association VRB in the country invaded by the Russians, providing medical and humanitarian assistance and helping people who fled the hardest-hit conflict zones. Medical professionals examine and retrace the medical history of refugees taken in by the neighbouring country. Moldavian healthcare workers are due to start their refresher training program in August, as requested by the local Ministry of Health

Six tons of basic necessities and medical supplies, shipped from Italy and made available to the local population by Doctors with Africa CUAMM, were officially handed over to the local authorities and the VRB association in Chernivtsi, Ukraine, on Thursday, June 23. An “indispensable gift” – points out the NGO – to help thousands of internally displaced persons who reached this area of the country, less severely affected by the conflict, but in need of everything – food, personal hygiene detergents, hospital healthcare and a house to live in, CUAMM states in a note. The shipment departed from Brindisi in early June and was stored in Siret, in Romania’s Suceava district, before reaching Chernivtsi. It comprises medical kits (surgical, post-traumatic, and for the treatment of non-communicable diseases) as well as humanitarian relief items (including tents, blankets, tent stoves, hygiene kits, and jerry can water containers), made available by the Italian Cooperation Agency. Beneficiaries are mostly internally displaced persons residing in Chernivtsi and hospitals in 13 of 24 oblasts (regions) in the country.

“Over the years, our story as CUAMM has led us to carry out our activities for the most vulnerable and fragile in Africa, close to those most direly affected, such as women and children. Thus we could not turn our backs on our neighbours, the Ukrainian people, who are undergoing such hardships today”, points out Fr Dante Carraro, director of Doctors with Africa CUAMM. 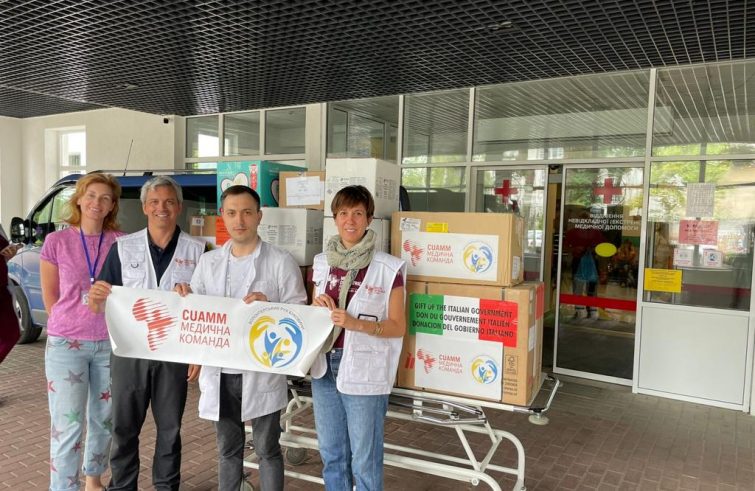 “Doctors with Africa CUAMM launched an assistance initiative in support of the attacked country, Ukraine, and in Moldova, where we are helping Ukrainian refugees,” Andrea Atzori, international relations officer at Doctors with Africa CUAMM, recently returned to Italy from his mission in Ukraine, told SIR. In the country invaded by the Russians, he clarifies,

“our intervention focuses on two priorities: the first is the provision of essential medicines, in short supply due to the war, disposable materials, drugs for chronic diseases, and all that hospitals need to run in a severe humanitarian crisis situation.”

The second area of intervention is

“support to internally displaced persons. We set up a logistics centre in the city of Chernivtsi,

normally with a population of around 200,000, but with over 350,000 today, as many people who fled from war-torn regions arrived in this relatively calmer part of the country. The city houses schools in public buildings and in various facilities. The assistance we provide to these people ranges from food parcels, which complement what they receive from the government, to  psycho-social support.” In Ukraine, CUAMM operates in partnership with a local association called VRB (Volunteers of Bukovina) based in Chernivtsi: “We are helping them, we built a storage warehouse, and ship the supplies to the city of Chernivtsi. With its volunteers and its vans, the association delivers the items to all hospitals that request them throughout most parts of Ukraine. In this context, in addition to what we were able to provide thanks to various projects, a donation was made by the General Directorate for Development Cooperation (DGCS) of the Italian Ministry of Foreign Affairs and International Cooperation to CUAMM via the humanitarian hub in Brindisi.” The shipments of relief supplies from Brindisi to Chernivtsi were thus donated to the VRB association and to the local authorities of the Chernivtsi region. 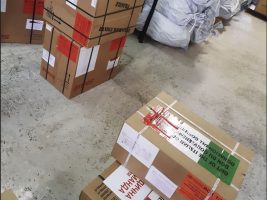 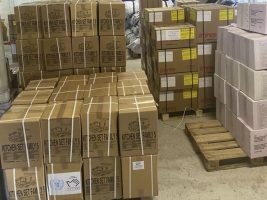 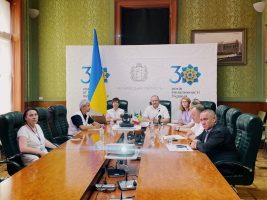 The head of international relations at Doctors with Africa CUAMM clarifies: “Ukraine is one of many emergency areas covered by CUAMM and also by myself, extending from Ukraine to Ethiopia, with the difficult situation in Tigray, to Mozambique with Cabo Delgado, and to southern Angola, suffering from famine caused by drought. We are involved in various humanitarian interventions, and our modus operandi in Ukraine is no different from the way we have been working in past emergencies, including, for example, for the Covid crisis. In fact, this shipment from Brindisi to Chernivtsi is but our umpteenth shipment. We delivered humanitarian aid from Brindisi to South Sudan, Ethiopia and Mozambique over the past 18 months.”

“We hope to continue providing this humanitarian aid in Ukraine in the coming months – he adds. “We are currently organizing a large shipment of medicines thanks to the contribution of the Ukraine Humanitarian Fund ( UHF), which is a United Nations fund, and we are planning to send a shipment of food supplies from private donations in the coming weeks. 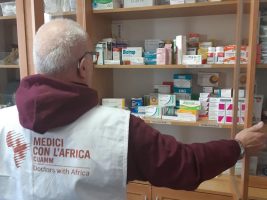 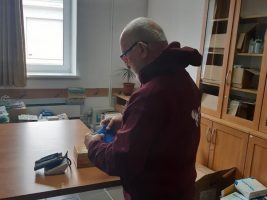 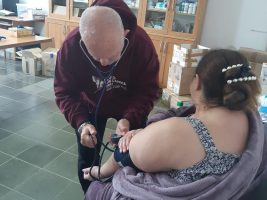 However, “our mission in Moldova has a different purpose. It’s a country with its own fragilities, it’s not Europe, it has poverty pockets. In this case

Assistance is provided through the dispatch of doctors, two every 15 days”. Atzori explains. “These doctors visit the various refugee housing facilities, offering medical examinations and, if necessary, prescriptions and basic medicines. We refer the most serious patients to Moldova’s national health system. The first intervention is carried out with CUAMM resources and volunteers.”

The second intervention in Moldova, which “we expect to start in August in partnership with Unicef”, is “a response to a request from the Moldovan Ministry of Health. It consists in the training of Moldovan healthcare workers in emergency situations.

As they have little experience working in emergency settings and have such a large number of refugees, they asked us to provide refresher training programs for hospital staff on how to manage large influxes of patients, as well as training linked to epidemic and disaster management, not just war-related disasters”, says the head of International Relations at Doctors with Africa CUAMM. “The health issues of refugees in Moldova,” Atzori clarifies, “are mostly due to chronic diseases. Most of the refugees are women, children, and elderly persons, many of whom have chronic health conditions as we do (hypertension or other diseases or more serious cases).

Our doctors visit the refugees, examine their clinical history and prescribe the necessary medication. Many people fled in the first weeks of the war, and did not take with them their medicines and their medical records, so we need to retrace their medical history and readjust their treatment according to the pathology.

Psychological support is a second area of intervention that we would like to address, although it’s a greater challenge because Ukrainians are somewhat prejudiced against psychological treatment.” “We noted that they have deep traumas,” Atzori points out. “Women and children have fled, but men below 60 were forced to stay and fight. A large number of elderly people have had to leave their homes and they have no idea whether they will ever return.

They suffered a serious psychological impact and trauma, but we are dealing with this gradually because we are experiencing reluctance to open up and process these traumas.

Some of our staff speak Ukrainian in the two countries and act as mediators and facilitators.” 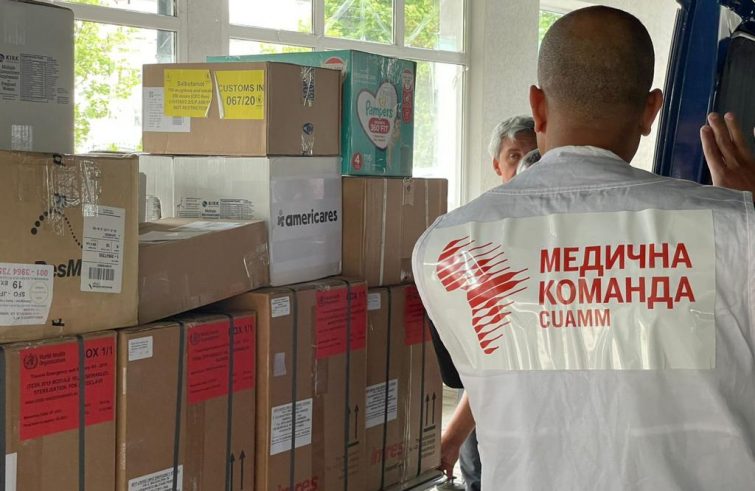 it means resuming connections and activities we thought we would never have to set up in Europe, but which unfortunately we must continue carrying out in the hope that the war will soon be over.”