The closing ceremony of the Conference on the Future of the EU took place on May 9, marking Europe Day. An event of participatory democracy in Strasbourg, an ominous parade in Moscow at the behest of imperialist Vladimir Putin. Now EU 27 political leaders, in conjunction with the institutions in Brussels and Strasbourg, are expected to implement citizens' proposals for reforming Europe

May 9 was a day of celebration in Eastern and Western Europe. In Moscow, troops marched across Red Square, with men and women in the same uniforms shouting “Hooray” in unison to the General who returned to proclaim victory over Nazism in remembrance of that first announcement 77 years ago. In the European Parliament hemicycle in Strasbourg, colourful and lively young and not-so-young people, each in their own way, performed “Danse l’Europe” by choreographer Angelin Preljocaj to the music of Jeanne Added, opening the closing event of the Conference on the Future of Europe, marking the day when European citizens celebrate the dawn of a new history of peace, democracy, rights and freedom for the whole continent. Once again, the diversity of choices and destinies between the East and West of Europe became evident, also in terms of symbolic representation.

The event in Strasbourg formally concluded a year-long process

In fact, the Conference proposed in 2019, subsequently postponed because of the pandemic, and finally launched on May 9, 2021 amidst much uncertainty, has provided a space for citizens to express their wishes and ideas about the future of the EU. Some 800 people, randomly selected, in dialogue with each other and with representatives of the European institutions, national parliaments and civil society, have successfully put forward 45 recommendations and 300 proposals mapping out the EU of the future. The fruits of their efforts were officially presented yesterday to the European institutions leaders, who will now examine how to follow up effectively the proposals.

What seemed to be an unfeasible challenge, due to the short time available, the diversity of the players involved, the multitude of languages and themes, has in fact yielded results. 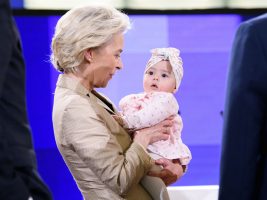 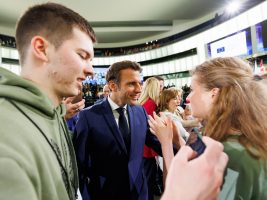 “Heterogeneity was not an obstacle, we tuned in very nicely”, said 23-year-old Laura Maria Cinquini from Italy, among the citizens who took the floor in the plenary chamber to present and briefly comment on the proposals. Horge Pazos, from Spain, went so far as to say that after nine weekends devoted to the Conference meetings this year, “the hemicycle has become my second home.” Citizens yesterday had two key messages for European leaders: first, “we have faith in you”; and second, “you will now shoulder full, uncompromising political responsibility for shaping the Europe that citizens expect with no compromises, excuses or distortions.”

European leaders expressed their satisfaction regarding this experience of “participatory democracy”:

Commissioner Dubravka Suica said that after the experience of the Conference “European democracy will never be the same again”, and that “giving citizens a central role was the right thing to do.” For Guy Verhofstadt (European Parliament) “there is no contradiction between representative and participatory democracy”. On the contrary, participation is “an antidote to divisions.” European Commission President Ursula von der Leyen has indeed announced that she will propose to give “Citizens’ Panels the time and resources to make recommendations before presenting key legislative proposals” in the future.

Which EU of the future have the citizens outlined?

Basically an EU with greater solidarity, concerted action, sharing, and greater determination to implement decisions and intentions that have long been declared. Citizens have not pulled a rabbit out of a hat. Proposals include requests that the EU is already working on, as President Von der Leyen delicately pointed out in her speech. This experience has shown, similarly to the 2019 European elections, that disruptive populist and nationalist ideas and voices in fact fail to build consensus, and thus fail to produce concrete proposals. Some of those voices are denouncing a conspiracy: according to them, citizens were not randomly selected, but rather specifically chosen, thereby involving only staunch pro-Europeans. It may be assumed that only those who believe in the European project agreed to take part in the Conference- in that case, absentees would be the only ones to blame.

While the Conference has concluded its work – an event is actually due to take place next fall for those who participated in it, providing an overall assessment – the May 9 event in Strasbourg was not the final step, but merely a symbolic passing of the baton.

Now it’s up to policymakers to do their job. President Von der Leyen said that in her State of the Union address in September she will announce “the first new proposals” responding to citizens’ requests. Emmanuel Macron, at the helm of the EU Council presidency for another few weeks, has promised that citizens’ proposals that “do not require institutional reform” will be tackled in the forthcoming Councils.

However, the final report includes requests that call into question the EU’s existing architecture.

One in particular – which is curbing the pace of EU progress – concerns the need to abolish the unanimity requirement in the European Council on issues including foreign policy. Macron also proposed an EU with “open differentiations”, with countries travelling at “different speeds”, in ways structurally feasible in the EU. According to Roberta Metsola, Ursula von der Leyen and Emmanuel Macron, the revision of the Treaties is an inevitable option for the coming months. But in reality it remains to be seen. The past experience of conventions and revisions is not encouraging, nor does consensus on key issues appear to be an easily attainable goal within EU Member State governments.

Indeed, in the Strasbourg Hemicycle, where blue and yellow banners were visible throughout, the shadows of war recurred in many speeches and curbed the enthusiasm. No democratic statement was heard in the Red Square, however. It takes a domineering order to drop the bombs. It takes the perseverance and patience of a people to make democracy grow.