Europe's heavy dependency on Russian gas has historical reasons. And energy "is a contradictory and highly decisive factor in inter-State relations." The expert in European history warns against dealing with Moscow. He says the EU "must decide what it intends to do next in terms of its common foreign policy and common defence."

While the tragedy of the war sparked off by Vladimir Putin and Russia on Ukrainian soil is raging, causing death, displacements and destruction, the European debate on energy, economic and military issues is growing in scope. In parallel, the EU’s relations with Moscow are also under discussion. Piero Graglia, Professor of History of European Integration at the University of Milan, an expert in EU policies and the author of several essays on international politics, analysed these challenges in an interview with SIR. 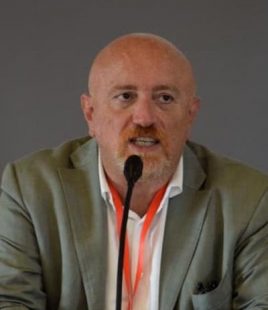 Professor, let us start with energy. How has dependency on Russian gas reached this stage?

While the use of natural gas to generate electricity dates back to the late 19th century, the decisive shift to a greater use of natural gas is linked to the 1973 and 1979 oil crises. The former in particular, linked to the Yom Kippur war between Egypt, Syria and Israel, brought about sweeping transformations in Western societies’ production systems and lifestyles. For instance, the decision to replace oil fired domestic heating with natural gas was a key factor, along with an increased awareness of fuel consumption in vehicles propelled by internal combustion engines. The problem of engine fuel consumption was not a major issue in the purchase of motor vehicles until 1974-76. Russia, possessing the world’s largest natural gas reserves, obviously played a decisive role in this process. In order to sidestep oil-producing countries’ “blackmail”, most of them located in the Middle East, a politically sensitive and unstable area, the USSR thus became the primary supplier of oil and gas, which brought substantial earnings of valuable currency.

At the same time, economic and financial interdependence between USSR/Russia and Western Europe, notably with Germany, France and Italy, intensified.

With the dissolution of the USSR in the early 1990s, and Russia’s new political leadership, the relationship of dependence inevitably became a variable and unstable factor. While the Cold War had been a strong constraint on European political dynamics, its demise marked a fluidity of relations, especially in the energy field.

Moreover, energy availability and supply is a fundamental, and often contradictory, geopolitical issue. Is that right?

It is indeed a contradictory and a decisive factor in determining the state of the relations between States. Nothing can be produced without energy, and therefore it is even more important than the availability of raw materials for industrial manufacturing and production processes. A so-called ‘paymaster’ State in terms of energy relations – i.e. one that has complete control over the supply chain – is one with a crucial and extremely valuable asset. At the same time, achieving a certain degree of energy independence – by making the best use of cutting-edge technology and innovations that have transformed renewable energies from a new-age environmentalist whim into a key priority for any advanced industrial economy – becomes a vital strategic issue. We can hardly afford to continue basing our development models on fossil fuel consumption (gas being one of them), thereby jeopardising our planet’s very existence. I view the ongoing crisis not as a failure of the West but as an opportunity to change lifestyles and modes of production, as it happened fifty years ago with the 1973 crisis. Back then we understood something, but not the whole story. There are no excuses today. The European green deal, which the EU has set as one of its priorities for the years to come, is a challenge involving the very existence of the ecosystem and it highlights the responsibilities of decision-makers who have no alibis today.

There is widespread concern over the economic and political ties with Moscow. When did Russia become a problem?

Russia has always been a problem for European countries owing to the powerful combination of exceptionalism, political messianism, and the quest for power and control that has been distinctive of its history since the time of the Tsars.

Today we see Putin, his aggressiveness, his drive to dominate and control neighbouring States, but we should not forget the persistence of certain underlying features of Russian foreign policy since the time of Peter the Great or Catherine of Russia.

Let us consider the control of the Baltic area, for example; the tensions for ‘reunification’ and the influence on neighbouring western Slav populations (Ukraine, Belarus, Moldavia), extending as far as the Balkans, with the historical protective stance towards Serbia, is a further ever-present factor. In 1939-45, Stalin accomplished a political masterpiece by playing on Hitler’s table and on that of the Western powers. He regained all the territories lost in 1917 with the Brest-Litovsk peace treaty, sought by Lenin with the slogan of peace with “no annexations or indemnities”: he restored influence over Finland, which at the 1945 peace talks went from being a State attacked by Stalin in 1939 to a State supporting Nazi Germany; he physically shifted Poland by more than 200 km to the west, reoccupying White Russia territory (now Belarus); and secured control of Bessarabia on the border with Romania. The long years of the Soviet empire made the geopolitical successes of Stalinism an accepted fact.

What happened after that?

A fluid state of affairs ensued after 1991. In 1997, NATO and Russia agreed on a new NATO membership plan that saw many former Soviet bloc countries join the Western alliance for the purpose of protection and guarantee. Those were the years of the ‘Founding Act’ between Russia and NATO, an agreement for mutual relations, cooperation and security signed in Paris in May 1997 that committed the parties not to consider themselves ‘enemies’. Then in 1999 Putin came to power – and a long season of continuous revisionism began.

As you say, Vladimir Putin and his entourage of hierarchs and oligarchs display a revisionist attitude, coupled with nationalism and plans for a new and threatening ‘Great Russia’. What are the distinguishing features of Putin’s rule? Does today’s Russia also pose a threat to Europe?

It does, it truly does. Churchill defined Russia as “a riddle, wrapped in a mystery, inside an enigma”, and he was referring to Stalin’s Russia. However, it would be hard not to consider it valid also for Russia today. Putin is an unpredictable leader, he has many of Stalin’s paranoid personality traits and control and security obsessions. But above all he is a leader focused on regaining political power and influence in the area to the west of the Russian borders. Any redefinition of spheres of influence implies conflicts and tensions. When it happens in the midst of a war, as at Yalta in 1945, this process is in fact embroiled in a conflict scenario. When this redefinition occurs in times of absence of conflict, however, it can be achieved either diplomatically or through ‘low-intensity’ wars, limited and circumscribed conflicts designed to restore the hierarchies and roles (and rank) of the involved powers. The distinction between low-intensity warfare and large-scale conventional warfare is only academic: people die and suffer in both situations. Western Europe today has to handle its rift with Russia in a situation of open military conflict that is also about values. Putin and his propaganda – after wrongly blaming NATO, an international alliance, not a individual political entity, accused of an “expansion” that Russia was aware of and had accepted as a physiological security factor for countries recovering from almost fifty years of Soviet dominion – now postulate a decadent, spineless West, a pawn in the hands of the Americans, without backbone or personality. In so doing, Putin has forged an unsavoury alliance with the head of the Orthodox Church, mimicking second-rate caesaropapism, and he appears to have a well-defined plan, namely to redesign the areas of influence and control of the new Great Russia.

This is bound to clash with the existence of the European Union – a political and economic-commercial entity that contemplated an effective and efficient partnership with Russia, but which can in no way cope with a conflict involving potential military developments.

A new and long season has begun for the Union, marked by its transformation and the assumption of geopolitical responsibilities that at the moment it can only take on by relying on its most important members, also from a military angle: France, Germany, Italy and Spain. This would be a tragedy for the EU’s peaceful progress towards political integration.

Any intensification of integration is, of course, the product of a crisis in the history of integration, but surely not one involving an armed conflict with a nuclear superpower. The point is to keep presence of mind, to be as cold-blooded as the Russian steppe, and try to demolish Russian provocations, systematic propaganda, and disinformacjia (in which the Russians have extensive experience since the days of the NKVD) in an attempt to deflate Putin’s aggressiveness. Verbal provocations and Third Cold War bickering (the second being Reagan’s) will get us nowhere. Moreover, it is  time that the EU – as was the case during the pandemic – decided what it wants to do when it grows up in terms of common foreign policy and common defence. After nearly seventy years, it is high time.