Mariupol's massacre bears the marks of a forced exodus. Contacted by SIR, Father Pavlo Tomaszewski, parish priest of the Our Lady of Czestochowa church in Mariupol, confirmed to SIR the latest atrocities being committed in the Ukrainian war-torn city. "Some parishioners told me that their relatives were forced into buses by Chechens and brought to Russia. Communication with persons caught in those routes is virtually impossible. Occasionally some manage to establish contact, but it happens only rarely.” Ukrainian Deputy Prime Minister Iryna Vereshchuk said that 2,800 people had left the besieged city of Mariupol by private transport. But that is precisely the problem: "Gunfire occasionally targets also columns of civilian vehicles," says the parish priest. "It's a war, everywhere is a target, and anyone can be a victim of shooting” 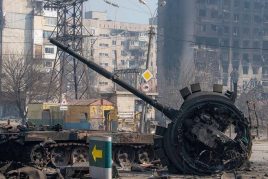 “Yes, it’s true: people are being forcibly deported.” Father Pavlo Tomaszewski, parish priest at Our Lady of Czestochowa church in Mariupol, member of the Order of St Paul the First Hermit, confirmed to SIR the latest atrocities being committed in the Ukrainian war-torn city, under Russian attacks for days. The massacre bears the marks of a forced exodus. The priests of Kharkiv, which is in the diocese of Mariupol, denounced the news to SIR yesterday. Contacted by phone, Father Pavlo sadly confirmed to SIR: “”Some parishioners told me that their relatives were forced into buses by Chechens and brought to Russia. Communication with persons caught in those routes is virtually impossible. Occasionally some manage to get in touch, but it happens only rarely.” 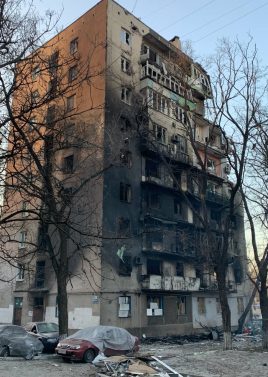 Evacuations continue in shelled cities. As many as 7,331 people were evacuated yesterday from the most heavily shelled Ukrainian cities via humanitarian corridors, twice as many as the 3,343 who fled the day before. In an online post, Ukrainian Deputy Prime Minister Iryna Vereshchuk said that 2,800 people had left the besieged city of Mariupol by private transport. But that is precisely the problem: if evacuation buses are organised by the Russians, people prefer to leave the city with their own vehicles “but cars are occasionally the target of gunfire”, says the priest. “It’s a war, everywhere is a target, and anyone can be a victim of shooting.” Father Pavlo left Mariupol with a fellow priest and a group of parishioners, “on the tenth day of the war in Ukraine.”

Contacts with those who stayed behind are virtually impossible. “I have tried – says the priest – but I was unable to reach them. A lady from our parish recently contacted her mother. That was four days ago. There are no phone connections now. You must understand that the city of Mariupol has been shelled so badly that it’ s impossible to get out!”. 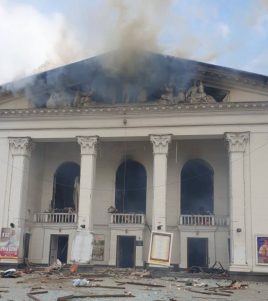 Father Pavlo yesterday followed from the ruins of Mariupol the extraordinary world prayer for peace  called for by Pope Francis. “It gave me great joy that the Pope consecrated Russia and Ukraine to the Immaculate Heart of Mary,” he said. “I do hope that Russia will indeed have a change of heart and will stop fighting against us. Mariupol, the city of the Virgin Mary. The devil hates the Virgin Mary and thus takes revenge on her by destroying her city.” However, the prelate concedes, the situation could “hardly” be expected to improve. “No one can understand to what extent the local residents are suffering until they are there. Thus I don’t know to what extent the Pope’s help can change the situation. As we think of and talk about Mariupol, women and children are dying there. We worry about them and pray and have compassion for them, but it does not save their lives.”

“The truth is that the Ukrainians still living there are losing their minds from starvation and shelling.”

The cry for help in fact is directed at political leaders in the West. “Europe and America can do a lot, but they don’t want to. Our lives are of no importance to policymakers. They too have been doing business with Russia for a long time. They are still standing idly by. Only Poland has realised that they are next in line to be under Russian attack.” Father Pavlo says he has “no energy left” to tell journalists what is happening in the city for the umpteenth time, and is asking them to register on a telegram channel where they can follow the situation on the ground in real time. “Many European countries are still cooperating with Russia.  For their own money Russia is killing us. Their hands are stained with our blood.” The cleric apologises for his strong words but then explains: “while the European Union and America say they are worried, here people continue to die.”