"In any country ruled by a dictatorship, a lone tyrant is nothing without his supporters. If he loses their support, he will no longer continue to rule because he will lose the apparatus that enacts his orders. His policies cease to serve the interests of his inner elite, and he can be challenged. That is why he loses support", the historian told SIR

“This is a very difficult period for us all”, says historian Andrej Zubov, specialised in the history of religions, in his first remarks to SIR. Born in 1952, when in 2014 the Russian troops first entered the Ukrainian border, he publicly announced and motivated his opposition, which resulted in his being removed from his professorship at the Moscow State Institute for International Relations (MGIMO) and from his other public appointments.  Since then, he is only allowed to give lectures in independent educational institutions and write books.

When Putin waged war against Ukraine on February 24, Zubov resumed his writings, denouncing and distancing himself from this act of inhumanity. We contacted him by telephone in Moscow, on a hectic day and at a hectic hour, not least because of Zubov’s commitments as member of the Federal Political Council of Parnas opposition party. The “People’s Freedom Party” was excluded from political competition in both the 2016 and 2021 elections. “Putin’s administration is afraid of us, presumably because the leader of our party, Mikhail Kasyanov, served as prime minister in Putin’s 2000-2004 term of presidency,” Zubov explains. “Putin viewed him as a true enemy of his leadership, but perhaps that’s just my interpretation.” 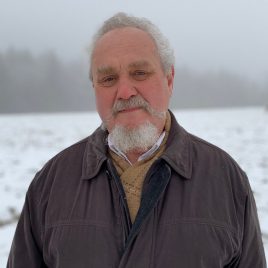 Don’t you run risks for what you say, write, publish?

I do of course face risks, because I publish my articles regarding events in Ukraine on Telegram and Facebook, and the analysis of the facts does not support the Russian attack. I thus have reasons to believe that anything could happen to me, but I am prepared.

The Party you are a member of has just published a “Statement concerning Putin regime’s aggression against Ukraine”: What is its significance?

I believe it to be an important document, since it shows that Russia does not remain silent. People are protesting, political parties are opposing the aggression.

There is another Russia that will have to remedy the serious mistakes of the incumbent regime.

It’s a political expression of criticism of our government’s ongoing course of action. I don’t know what will happen in the future, maybe nothing, or maybe it will stir things up.

What is your take on the current situation?

Putin has made a huge mistake even in terms of his own standards and objectives, since he thought that conquering Ukraine would be simple, but alas, it turned out to be quite the opposite. We are now in the third week of war with no actual success of the Russian army, and therefore all those who understand the situation can see that Mr Putin has lost his war in Ukraine. I think that ordinary people who are subjected to propaganda are not understanding this and continue to believe in Mr Putin and his propaganda. In practical terms, however, it’s hard to even imagine why Putin has acted as he did. Indeed, there are no understandable reasons for his actions. Many people in Russia have gone so far as to say that he is somewhat unhinged. And yet he created this authoritarian government system, and it’s not simple to change it because all legal devices have been stalled. But

I am confident that before long, maybe in a few weeks, we will see the resignation of Mr Putin and a veritable transformation of Russia’s ruling class.

What would prompt him to resign?

I think there will be some form of coup d’état. People close to him will decide to push him to step down because his government has stumbled into something so terrible, isolating Russia from the world.

On top of that, his war is a failure. This means there are no more reasons to support him.

Yet many of those in power still follow his orders: how is it possible that one person can hold so much power?

In any country ruled by a dictatorship, a lone tyrant is nothing without his supporters. If he loses their support, he will no longer continue to rule because he will lose the apparatus that enacts his orders. His policies cease to serve the interests of his inner elite, and he can be challenged. That is why he loses support.

Until support for Putin could be combined with a financial return, the elite stood by his side, but now there are no more opportunities for the elites to prosper, so they would have to support him with nothing to gain.

Why should they? Based on this I expect a change of leadership before long.

From our vantage point in the West, the Orthodox Church’s stance is extremely questionable. Could you clarify it for us?

Like every Church in the world, the Russian Orthodox Church is not just the patriarch, but millions of people; and the Church is subject to the same trends that exist in other sectors of society. Some are against the war, but unfortunately the majority is in favour. Just like in the Soviet period and the pre-revolutionary period,

A further aspect is the relationship of the Orthodox Church in Russia and in Ukraine: we have only one Church, but the Ukrainian branch enjoys a certain degree of autonomy. However, now the primate of the Ukrainian Orthodox Church, Metropolitan Onufriy, has virtually declared independence from Moscow and is supporting the Ukrainian people and President Zelensky in their struggle to defend their land against the Russian invaders. As a result, the Russian Church is effectively losing its Ukrainian component, which is very substantial, comprising some 40 to 50 per cent of believers.

Why don’t people take to the streets of Russia en masse to voice their opposition to the war?

Most people, especially young people with a higher level of education, are against the war, they understand what it’s all about. But the older people, who don’t use the internet and watch TV, are subject to propaganda. On top of that, they have grown up in the totalitarian Communist state of the Soviet Union and still retain this totalitarian mark.

The younger generation, born after the end of communism, are more open-minded and are fully aware that this war is a terrible thing.