“Africa is exemplary in its reception of refugees despite extreme poverty. It's the continent that builds refugee camps instead of walls", remarks Fr Daniele Moschetti, Comboni missionary serving in Castel Volturno, in Italy's Campania region (after a seven-year mission in South Sudan and ten years in Kenya), where he runs integration projects for Africans in Italy. Danilo Feliciangeli, humanitarian relief coordinator in Syria, added: “People fleeing war are being shut out”

“My first reaction was one of surprise and regret: How is it possible that the great Catholic people of Poland have forgotten their own history? What is happening in Eastern Europe? Are walls being built, are people being turned away, are barriers being erected?” Father Daniele Moschetti, Comboni missionary serving in Castel Volturno, southern Italy (after having served for seven years in South Sudan and ten years in Kenya), where he runs integration projects for Africans in Italy, is appalled.

There are those who reject and those who welcome. “Belarus’ inhuman brutality that uses migrants as pawns for political purposes”, and the subsequent “Polish expulsions, highlight the irrationality and the dangers this situation entails”, Moschetti says. In contrast, “others are welcoming refugees despite extreme poverty. Africa is one such example. It’s a continent that builds refugee camps instead of walls. ”

Similarly, in the Middle East, both Jordan and Lebanon are host countries for thousands of fleeing refugees.

“I’ve read that twelve European countries requested funding to erect barriers and barbed wire fences, but this is tantamount to a violation of human rights,” adds Father Moschetti. “It is also a boomerang that will eventually backfire, because it breeds anger and resentment among those who have been turned back.”

Instrumental use of migrants. Several hundred Syrian, Iraqi and Lebanese families (languishing in woodlands of Eastern Europe for days) have been brought to the border with Poland via charter flights “organised by the Belarusian government.” This was confirmed by Caritas workers, among them Danilo Feliciangeli, coordinator of humanitarian interventions in Syria. “They have been manipulated” into the scheme of the Minsk government which is driving thousands of Iraqis and Syrians towards the EU’s external borders, he said. “But these people are fleeing from war-torn Syria, especially in the Idlib region and in the northeast,” explained Feliciangeli. “Reports indicate an imminent attack by Turkey on Syria’s Kobane. A return to Syria is impossible for these refugees. They could fly to Damascus, but they would be facing a deadly conflict.” 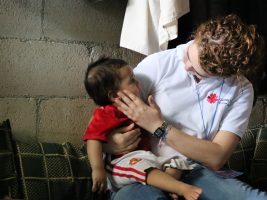 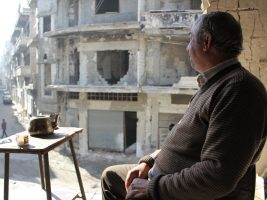 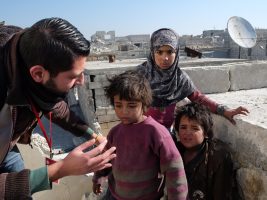 A people on the run. Furthermore, the Syrian regime is violating the human rights of its citizens who are not aligned with it.

pointed out the Caritas coordinator. “Syria’s pre-war population was 23 million; today, after ten years of war, 6.7 million people are internally displaced and just as many are refugees,” he explained.

“Heinous cruelty.” A similar extreme situation exists in Lebanon, where “approximately 3,500 doctors and nurses have left the country in the last six months. Nearly one million Syrian refugees in Lebanon are attempting to flee.” From there they reach Europe, the United States and also Africa.”

Refusing to take them in, or worse, attacking them to prevent them from crossing the fences erected at the border,” Father Daniele Moschetti continues, “is a heartless act of cruelty with no justification.”

Things are somewhat different – albeit no less serious and problematic – in Africa. Uganda has opened the Bidi Bidi refugee camp, home to 270,000 South Sudanese. In Mozambique, the Maratane refugee camp is home to 9,500 people from the Great Lakes region.

Open borders. According to Father Moschetti, “conditions here are much more desperate and precarious than in Poland, yet the general attitude is to open borders, not to close them.” As for Italy, where migrants have arrived in large numbers, as in Castel Volturno, in the Land of Fires which is still a shambles,

“amidst all kinds of difficulties, at least 5,000 out of 27,000 inhabitants have come from Africa (especially Nigeria and Senegal), and there are just as many ‘invisibles’,

undocumented and with no identity”, said Father Daniele.

However, despite widespread diffidence, everyone makes the effort to live together. And in some cases the outcome is encouraging, as can be seen with the Black and White project, which provides a home for children of all backgrounds.