A number of reforms are being drafted at the EU Parliament seats in Strasbourg and Brussels, with a view to streamlining the workload of the EU Assembly and bringing citizens closer to the work of the Hemicycle. No less important is the running of the "parliamentary machine": plenary sessions, commissions, political groups, the Conference of Presidents, the bureau, the quaestors... A system which, in the peak of the pandemic, was partly ensured by remote work, which will now be difficult to do without

The key words are: change, streamline, revitalise, optimise. Reform is in the air in the Euro Parliament halls and it is a small reform, mostly “internal” to the EU Assembly and its organisms, nevertheless made necessary (or in any case accelerated) by the pandemic. The powers and tasks of the EU’s lawmaking body, whose members are elected every five years by the citizens of the European Union, have been increased greatly over past years in terms of legislation, as well as budgetary and democratic oversight. But it remains a ‘lame’ parliament, lacking full legislative power (which the Treaties confer on the Commission) and obliged to negotiate, in a weak position, EU budget matters with the powerful EU Council, composed of representatives of EU-27 member states, constantly reluctant to loosen purse strings.

The Citizens-Parliament divide. Within the parliamentary buildings (official seat in Strasbourg, working premises in Brussels, secretariat in Luxembourg), there is a clear awareness that a considerable gap remains between citizens and Parliament. Europeans find it hard to consider the European Parliament as their ‘home’, despite the fact that

No less important is the running of the ‘parliamentary machine’: plenary sessions, commissions, political groups, Conference of Presidents, bureaus, quaestors… A system which, in the peak of the pandemic, was partly ensured by remote work, which it will now be hard to do without. In fact, as known, MEPs come from 27 different States, some of them several hours away from institutional headquarters.

Five working groups. Indeed, a reform has long been called for, with five working groups set up at the behest of President David Sassoli. The plenary session of 4-7 October was expected to mark the first turning point, but the matter would seem to have been postponed until the second plenary session in October (18-21) at least, due to mark the end of the “hybrid” format, with some MEPs seated in the Chamber and others debating and voting from home. It is about time – according to many – that in-person meetings be resumed in full. 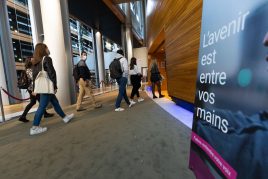 Leaner plenary sessions. The first mini-reform could involve the work of the plenary sessions, with leaner, more efficient debates on key issues with Commission representatives. The parliamentary groups (i.e. the parties sitting in the Hemicycle) have put forward a number of proposals for modifications, some of which are popular, others contested. For example, they propose scheduling the most important political debates on the Tuesday and Wednesday mornings of the plenary session in Strasbourg and voting on legislative texts on Thursday or reviewing the time allowed for speaking in the Hemicycle. But these are all aspects intrinsic to the pace of the Chamber and do not touch on citizens’ concerns.

The Conference of Presidents of Parliament’s political groups is set to deliberate in November, but it is not yet clear in which direction it will proceed,

whether the Parliament’s rules of procedure need to be revised or whether plans will arise that will require a revision of the Treaties (a scenario that is widely opposed and which is likely to have limited chances).

Teleworking, “power of enquiry”. Different views emerged on the issue of remote work for MEPs: the Greens are the most enthusiastic about it, while other political parties seem less so.

or on motions of censure against single Commissioners: needless to say, political groups are divided on this issue. Similar divisions exist on the subject of the European Parliament’s “power of enquiry” as happens in national parliaments (EPP and Sovereignist groups are sceptical). That is why the Conference of Presidents has entrusted internal legal officers with the task of drawing together all the ideas that have emerged so far, so that some progress may be made within a reasonable timeframe. 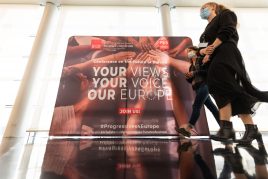 Exactly which changes will actually take place in Strasbourg and Brussels is still unclear:

but the very fact that questions and efforts to innovate EU parliamentary democracy are being voiced suggests that this should not be underestimated in terms of combating populism and nationalisms across the old continent.

“COVID-19 has opened our eyes”. “The goal now is to strengthen the centrality of the Parliament in the institutional context and in its relationship with citizens”, said David Sassoli with regard to the ongoing process for reviewing the working methods of the EU Assembly. “COVID-19 has opened our eyes and changed the way we work.” “We have examined the proposals for reforming the working methods of the plenary sessions, for strengthening Parliament’s legislative and oversight prerogatives, for strengthening the role of parliamentary diplomacy, for relaunching institutional communication to citizens. Resuming in-person parliamentary activity and the possibility of making selective use of the new modes of remote working used during the pandemic were key points of discussion. 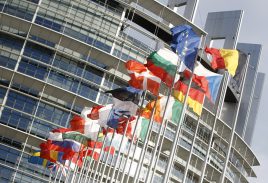 Modifications to be implemented on a pilot basis. President Sassoli said that the group presidents “have decided that the European Parliament will test the return to in-person participation as of the next plenary session with a number of suggested adjustments, such as restricting the number of key debates in prime time, providing a dedicated and selective slot for foreign policy debates attended by the High Representative, using catch-the-eye procedure and blue cards in debates with the Commission and Council, and allowing MEPs to speak from the central podium and sit in the front rows during debates which concern them.” He added: “All groups have expressed great appreciation for the work done by the focus groups and their willingness to fast-track the necessary reforms.”