The Pope's appeal for peace at the Angelus prayer was followed by a statement signed by the Patriarch of Moscow Kirill, calling for a peace resolution to the Armenian-Azerbaijan conflict. Religious and non-religious leaders are following with concern the escalating tension in the Caucasus region. Fortunately, the clashes - which broke out on 12 July on the Armenian-Azerbaijan border - ended after a few days, given the high risk of involvement of major players such as Russia and Turkey. But the population in Armenia is at the end of its tether...

The Caucasus: a hotbed of conflict neglected for years is again raising concern not only in the international community but also among religious leaders. This region on the border between Christian Europe and the Islamic East could at any moment challenge the relations between the two great powers, Russia and Turkey. Violent gunfights restarted on 12 July on the border between Armenia, traditionally backed by Moscow, and Azerbaijan, supported  by Ankara, rekindling a vicious conflict frozen since 1994. At the Angelus prayer of Sunday, July 19, the Pope denounced the resurgence of armed hostilities, in the hope that “with the commitment of the international community and through dialogue and the goodwill of the parties, a lasting peaceful solution can be reached, which has the good of those beloved populations at heart.”  In a statement released on 23 July, Patriarch Kirill of Moscowcalled for “a peace resolution to the Armenian-Azerbaijan conflict”, inviting the peoples of Armenia and Azerbaijan to find “strength and wisdom to put an end to the enmity, to de-escalate the distrust and to achieve mutually acceptable solutions to the divisive problems.” The appeal of the Russian Patriarch was reiterated on 27 July by the World Council of Churches from its headquarters in Geneva. The tension had not reached this level since April 2016. An additional fact further aggravates the situation, notes Aldo Ferrari, expert for ISPI of the Caucasus Region, Professor at Ca’ Foscari University in Venice: “These clashes have not broken out in Karabakh, the disputed region between the two countries, but in the Tavushh, situated in Armenia: an extremely worrying development.” 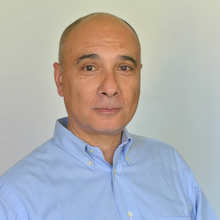 That’s what everyone is wondering. It’s a major question, given the potential dangerous expansion of the conflict. Fortunately, the clashes have ended because the risk of involving strong players, such as Russia and Turkey, would be too high. Armenia is member of a Russian-led military alliance, and clearly Azerbaijan cannot challenge Russia. For its part, Russia must be cautious because Azerbaijan is supported by Turkey, a very powerful State and a NATO member country.

Thus, given a potentially devastating situation, these clashes usually end – and so it has happened – before long.

Armenian Catholic Archbishop Minassian regrets the absence of Europe. Why is the EU looking at the Caucasus with indifference?

Europe regards with indifference not only the Caucasus but also other crisis situations such as Libya, where Turks and Russians are deployed.  The EU is economically efficient, but the same cannot be said re international security and politics. While we may be disappointed, we are not surprised by this inefficiency.

Italy does not and cannot have a neutral position, given our strong economic relations with Azerbaijan, involving oil and soon also gas trade.

These interests in some ways prevent Italy from maintaining a balanced relationship with this region.

What are the implications of this “frozen” conflict for the Armenian and Azeri populations?

The situation differs greatly in these two countries. Azerbaijan is rich in energy resources. Thanks to its precious oil fields and pipelines, its economy is rapidly developing and this wealth allows Baku to have many cards to play in geo-political and economic matters on an international stage.

Armenia, on the other hand, has no resources. It’s a landlocked country. Its borders are closed and it lives mainly on remittances from emigrants and support from the diaspora.

Even tourism, considered the flagship of the country, has been heavily impacted by the Coronavirus, which has led to a further worsening of the situation in Armenia, now experiencing a very challenging and problematic time.

In your opinion, what motivates Pope Francis and Patriarch Kirill to take an interest in this Region?

From a religious point of view, the Caucasus is an extraordinary heritage.

Armenia was the first country to establish Christianity as its state religion, followed by Georgia, prior to the Roman Empire. These are therefore countries with a very ancient Christian tradition, the only ones in the region which have not converted to Islam. They developed a beautiful literary and artistic culture. Christian identity is at the very heart of national identity. This explains why both the Pope and the Russian Patriarch are keeping a close eye on developments in these two countries.

To what extent does religion play a role in the Armenian-Azerbaijan conflict?

I doubt that in this conflict between Armenia (Christian) and Azerbaijan ( moderate Islam) the religious dimension plays a decisive role. Rather, this is a clash between two States aimed at controlling the Karabakh territory. Conflict dynamics are always complex and they must be analyzed differentiating country by country and case by case. Undoubtedly, Erdogan’s Turkey is acquiring an increasingly Islamic identity.

Mosques are appearing everywhere not only in Turkey but also, financed by Turkey, in the Balkans: in Kosovo, Albania, Bosnia.

It is a factual process that we are observing with concern. But it would be wrong to view the Armenian-Azerbaijan conflict as a clash between religious civilizations.