A suicide bomber targeted a school in Kabul this morning leaving more than 30 dead and dozens injured. The majority were female students, paying for their love of learning and culture with their lives. Young Afghan writer Gholam Najafi, who has been living in Italy since 2006 with the dream of building a school in Herat, comments on the attack

“A horror! Once again schools are the target of their violence, places of knowledge and education. They want to keep the country in a state of ignorance in order to dominate it more easily. The attacks breed ignorance and fear.”

“It is a well-known fact that an educated people, wanting to study, learn and be informed, is not easily tamed. Many of the dead and wounded were students preparing for their university admission tests. They are heroes, martyrs out of love for culture.” 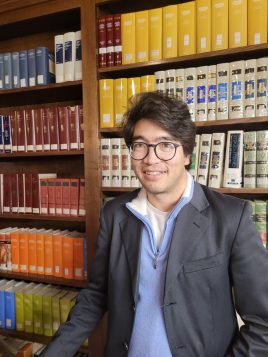 Contacted by SIR, Afghan writer Gholam Najafi comments on the attack committed early this morning inside the Kaaj Education Centre, in the Dasht-e-Barchi district, western Kabul, Afghanistan. According to preliminary investigations, the attacker, wearing an explosive belt, entered the institute, killed the guard at the entrance and then made his way to a classroom where he detonated the device. According to official reports, more than 30 people were killed and over 40 injured, 22 of whom were admitted to Emergency’s Surgical Centre for War Victims. “Eighteen of them are girls – said Dejan Panic, head of Emergency’s ground activities in Afghanistan – All the victims were aged between 18 and 25, most of them girls who were in the classroom taking an exam. One of them was brought in deceased, another died after admission. We have handled a total of 11 mass casualties in our centre in the last two months alone – , i. e. extraordinary emergency procedures following explosions and attacks. And we are treating firearm injuries, shrapnel injuries, knife injuries, especially stab wounds, and mine and IED explosions on a daily basis. A situation of severe insecurity and instability prevails throughout the country.”

“The people of Afghanistan are strong-willed and will not give up,” added Najafi. “Many students continue going to school despite the serious danger of attacks. They don’t want to stray from study and learning, which they consider to be one of the best responses to violence and the best way to guarantee a better future, including for Afghanistan as a whole.” Students are helped in this choice, the writer reveals, “by many teachers who continue teaching inside people’s homes, avoiding the schools that are an ever-increasing target of attacks, as we have sadly seen.” These attacks also signal a rift within the Taliban group, according to the writer – who fled his country in the year 2000 at the age of 10, after his father was killed by the Taliban. “Some factions”, he says, “support allowing girls to attend school. While others are against it. Reportedly, only small girls are allowed to attend classes up to the sixth grade. The older ones are not permitted to go to school and are compelled into household chores and forced marriages.” On top of that, Najafi points out that the centre under attack is located in a predominantly Shiite area of Kabul, and that, according to local sources, it was attended by students belonging to the Hazara ethnic group, an ethnic minority oppressed and persecuted by the Taliban and by the Islamic State. The writer belongs to the same ethnic minority and dreams of building a school for children near Herat. Gholam Najafi arrived in Italy in 2006. He lives in Venice where he made a new life for himself thanks to his studies and his love for literature. He is the author of three books Il mio Afghanistan (My Afghanistan), Il tappeto afghano (The Afghan Carpet) and, the latest – for now – Tra due famiglie (Between Two Families) (Ed. La Meridiana).

UNICEF’s condemnation. UNICEF promptly released a statement condemning the “horrific attack that claimed the lives of dozens of adolescent girls and boys and severely injured many more. Violence in or around education establishments is never acceptable. Such places must be havens of peace where children can learn, be with friends, and feel safe as they build skills for their future. Children are not, and must never be, the target of violence”. At the end of the message UNICEF reminded “once again all parties in Afghanistan to adhere to and respect human rights and ensure the safety and protection of all children and young people.”