20 Febbraio 2020
From our correspondent  M. Chiara Biagioni and M. Michela Nicolais, from Bari

The bishops’ first debate focused on the theme of the transmission of the faith to the young generations. The presentation by Pina Di Simone and the first press conference at the Norman-Swabian Castle

(from Bari) “In the Mediterranean we live a Church of the people”, said Msgr.Francesco Cacucci, Archbishop of Bari-Bitonto, speaking at the first press conference on the meeting “Mediterranean, frontier of peace”, held in Bari on the initiative of Italian Bishops (CEI). On both the northern and southern shores of the Mediterranean, the bishop said, “the Church thrives, despite being a minority: it is a Church that lives reality in the midst of the people. This Church of the people is in need of support”. “Our perception is often linked to tourism, but we know less about the Churches of the Middle East or North Africa”, Msgr. Cacucci pointed out with regard to the Mediterranean region. Hence the importance of the Churches’ mutual knowledge, which initiatives such as the one in Bari aim to enhance:

“We must and intend to work together more systematically. This would also help old Europe to live as a Church of the people”.

The themes addressed in the first round of discussions between 58 participating bishops, coming from different countries – said the Archbishop of Bari-Bitonto – include the twinning between dioceses and the question of “fidei donum” as a litmus test of missionary activity.

“The Gospel is no reason for discrimination, for disrespecting these Countries and the Christian communities living in these countries”, said Msgr. Cacucci criticizing the “conspiracy of silence” towards Countries of martyrdom, repeatedly denounced by Pope Francis. 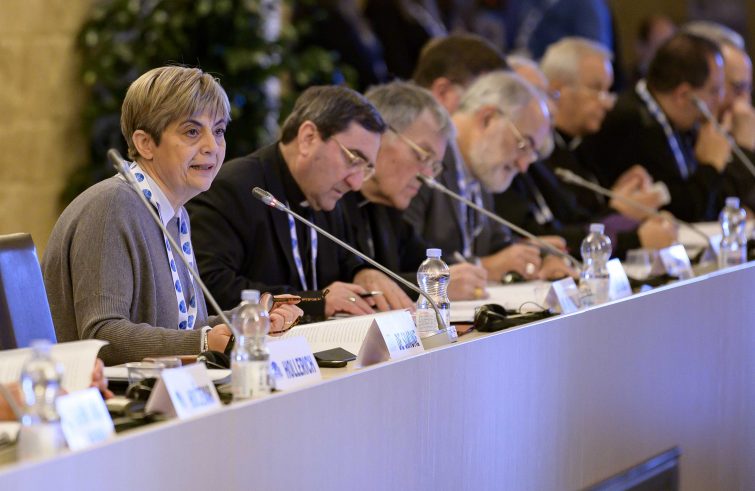 “Collaboration between dioceses for vocational training” was one of the themes addressed in the opening panel, in the premises of the Swabian Castle in Bari, said Monsignor Antonino Raspanti, Bishop of Acireale, vice-president of the Italian Bishops’ Conference, coordinator of the organizing committee of the meeting in Bari, during the press conference. Answering questions from journalists, Mons. Raspanti anticipated a theme that the bishops delegates will discuss tomorrow, mentioned during today’s “round tables.” Tomorrow the bishops will discuss, inter alia, the proposal of “Apprenticeships for trainers with a number of practical projects for work, not least because many Christians – and not only in Africa – are leaving their countries.” Msgr. Raspanti, mentioned the case of southern Italy: “35,000 people leave Sicily every year. If this trend continues, coupled by the decline in births “in southern Italy, in ten, twenty or 30 years’ time, the North will account for 60% and the South for 20-30%. Already today, there are imbalances at national level.

“The Mediterranean is also the region where we see the re-emergence of worrying theocratic claims”, said Pina De Simone, coordinator of the two-year postgraduate degree in Fundamental Theology at the Pontifical School of Theology of Southern Italy, section San Luigi, presenting the second day of the meeting in Bari organized by the Italian Bishops’ Conference on “The Mediterranean, frontier of peace.” “Not only in Middle Eastern or African countries experiencing a growing Islamization of the State and the destructive force of terrorist organizations, or in some countries of Eastern Europe – continued the speaker – but also in Western countries afflicted by a climate of disorientation that began with the crisis of the economic system and democratic institutions, and that respond to migratory flows by closing borders, ports and crossings, denying opportunities for reception entailing genuine interaction and the involvement of the social system.” Wherever it is manifested and regardless of its form, even when it advances in the life of the Church, fundamentalism

“is always a defeat of the faith and a denial of the inherent humaneness of experiencing God.” 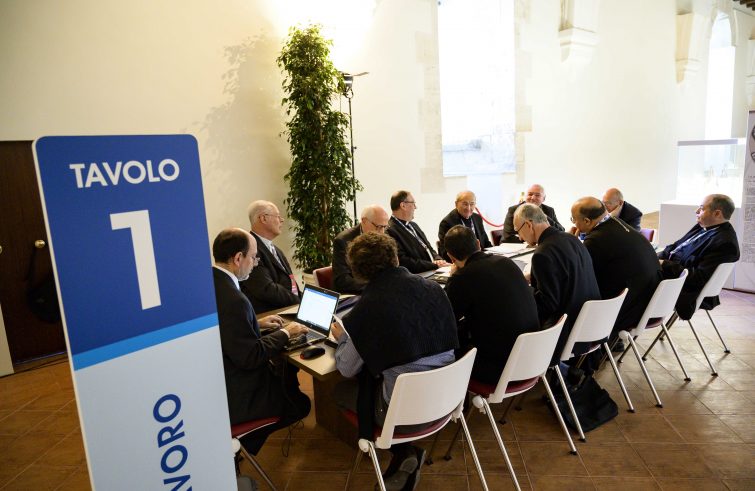 The opposite shores of the Mediterranean are confronted with different problems that take different shapes, but the challenges are the same, the most complex being forming young people to a culture of dialogue and coexistence. While in Europe – said Cardinal Juan José Omella y Omella, Archbishop of Barcelona – we are experiencing a “globalization of indifference” and an “epochal change that prevents us from envisaging solutions and from identifying the right path to follow”, in countries of the Holy Land the problems are complex, ranging from long-standing peace processes, to decades of war as in Syria, to situations involving rupture as in Cyprus, or serious economic crises as in Lebanon, Jordan and Palestine. “In all these realities our presence is linked to the holy places made of stones but also to the concrete life of the people we call living stones.”

Clearly, the educational commitment is “a primary goal that requires increased efforts that are worth making, for they lead to fruitful co-existence and friendship between Christians and Muslims.”

The Document on Human Fraternity signed by Pope Francis and the Great Imam of Al-Azhar in Abu Dhabi stands out as “a milestone on which to build the future of this land.” In this context, the Custody has decided to include the study of the Declaration in the school curricula and in the study program of Theology students who are preparing to become friars or priests, “so they may then be able to integrate themselves in this environment with such perspective.”