“We learn from the Prince of the Apostles that an evangeliser cannot be an impediment to the creative work of God, who ‘desires all men to be saved’, but one who facilitates the encounter of hearts with the Lord”. Pope Francis said this during his Wednesday audience today, providing a reading of Peter’s meeting with Cornelius in the Acts of the Apostles. “And we – Pope Francis asked the 17,000 faithful gathered in St. Peter’s Square -, how do we behave towards our brothers and sisters, especially those who are not Christians? Are we an obstacle to their encounter with God? Do we hinder or facilitate their encounter with the Father?”. What is “extraordinary” about Peter’s meeting with Cornelius – “it is the first time that something like this happens”, Pope Francis explained off the cuff – is that this news spreads in Jerusalem “where the brothers, scandalised by Peter’s behaviour, rebuke him severely”. “Peter did something unusual, something beyond the law, and for this very reason, he is rebuked”, Pope Francis continued off the cuff. “After his meeting with Cornelius, Peter is freer from himself and in greater communion with God and with others, since he saw God’s will by the power of the Holy Spirit”, the Holy Father concluded: “He comes to understand that Israel is not chosen on its merits, but as a sign of the gratuitous call to be a mediator of the divine blessing among pagan peoples”. “Let us ask today for the grace to allow ourselves to be surprised by God’s surprises, the grace not to hinder His creativity, but to recognise and encourage the ever new ways by which the Risen Christ pours out His Spirit into the world”, the Pontiff concluded. 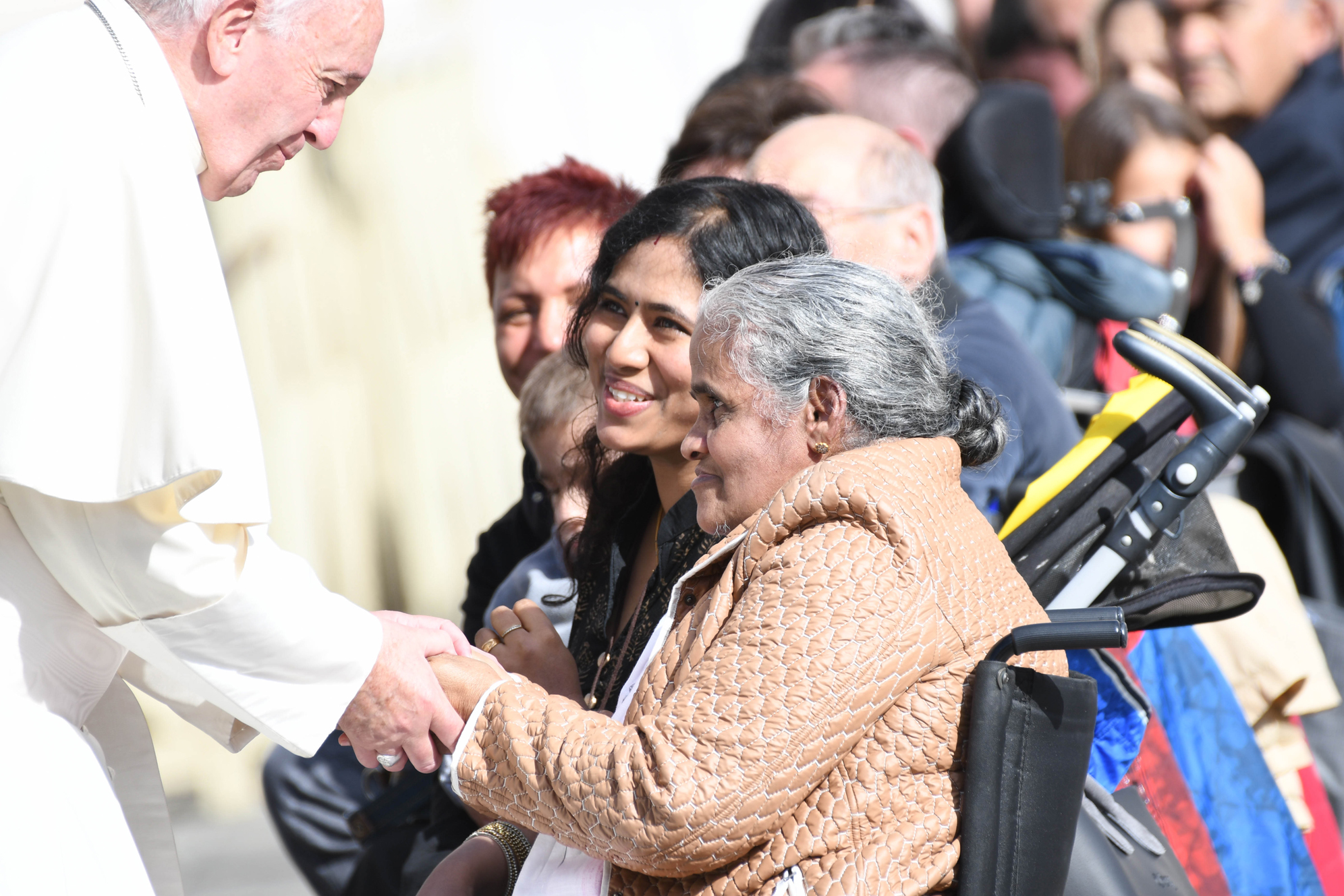 EU: Mogherini on migration, “no country can address this complexity alone”

Pope Francis: message to FAO, “what we are accumulating and wasting is the bread of the poor”.

10:33
Acts of the Apostles Vatican

Pope Francis: audience, “an evangeliser cannot be an impediment to God’s creative work”. “How do we behave towards our brothers and sisters?”