“Culture and art have great potential to strengthen relationships among peoples” and to build “bridges of dialogue between Churches”. This was said by the Metropolitan Bishop Hilarion of Volokolamsk, leader of the Department for foreign relations of the Patriarchate of Moscow, this morning, as he spoke at the “business and fraternity meeting” between a delegation of the Russian Orthodox Patriarchate and a delegation of the Italian Bishops Conference (CEI). Arrived in Rome yesterday, the group of the Patriarchate of Moscow is attending a meeting in the CEI premises about “Pilgrimage as an opportunity of theological, spiritual and cultural exchange” with speeches by experts, theologians and bishops from both delegations. Two appointments have been planned for tomorrow: in the morning, a visit to the Vatican Basilica and the Sistine Chapel, and in the afternoon a tour of St Peter’s Basilica. On Wednesday morning, the two delegations, which will be joined by cardinal Gualtiero Bassetti, will be given private audience by Pope Francis. The Russian delegation is in Rome to reciprocate a visit that a delegation of the Italian Bishops Conference paid to Moscow in February last year, also about art and exchanges of religious traditions. A subject that featured heavily in Cuba, when Pope Francis met Patriarch Kirill, and in the joint statement signed by the two leaders. The Metropolitan Bishop, Hilarion, actually defined today’s meeting in Rome as “a continuation of that Document, which acted as a propeller for the development of the relationships between our Churches”. “It is important – the deputy leader of the Patriarchate went on – for this meeting to take place in Rome, the city of apostles Peter and Paul, the city that is associated with the birth of the Christian age, with the martyrdom of Christians. The place that is still home to holy, ancient places, which attract lots of pilgrims. I hope today’s meeting may boots relationships between our Churches, so as to expand our cooperation”. 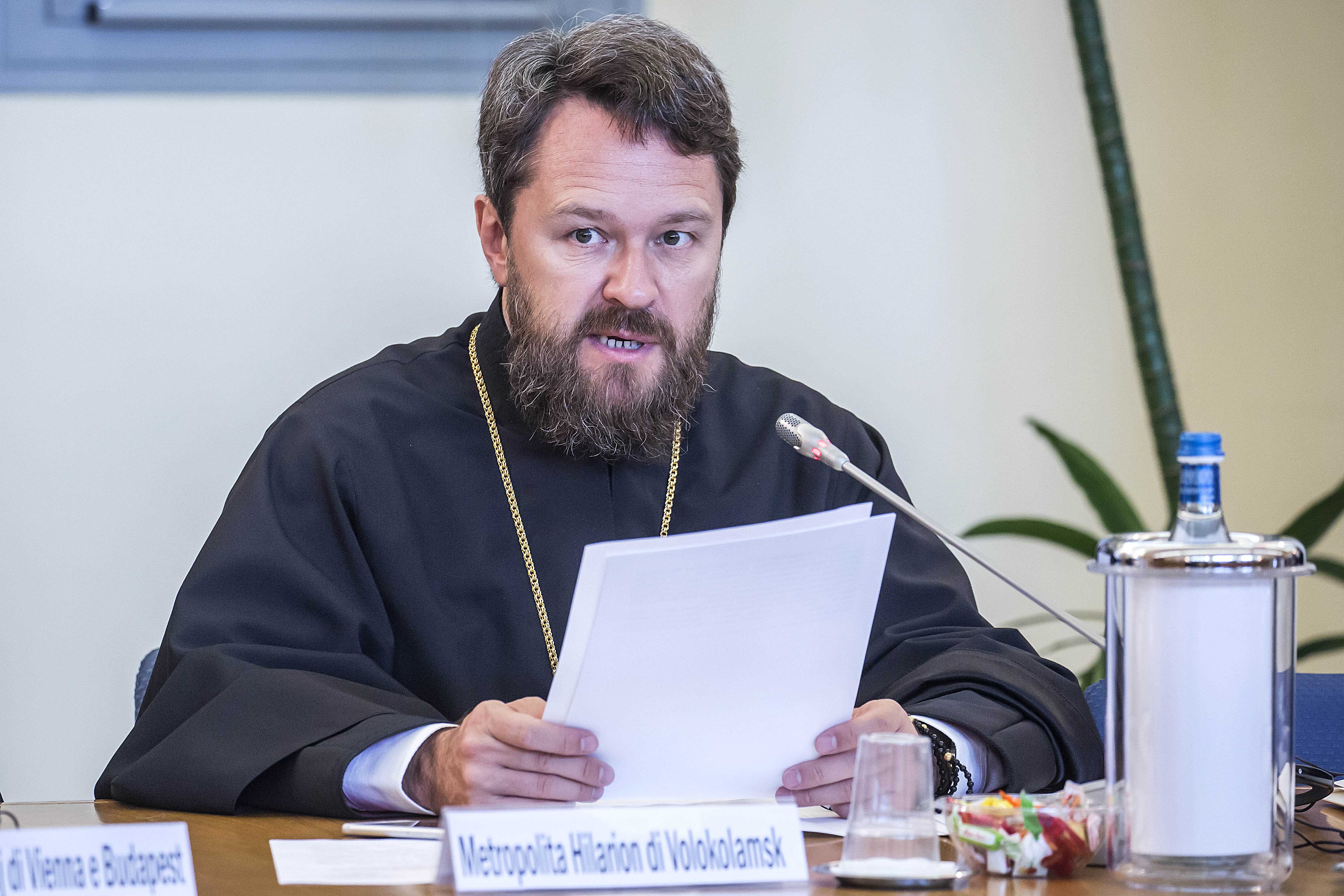 In his address, the Metropolitan Bishops also spoke of the “serious situation that Christians are experiencing in Syria and in Iraq: an unprecedented persecution, to such an extent that we call it a genocide, because it is a clear sign of the will to eradicate all things Christian”. “They destroyed the Christian symbols, they destroyed the altars, the icons, the Crosses”, pressed on Hilarion, who updated the Italian bishops about a plan to draw up a catalogue of destroyed and ruined sites to boost restorations and reconstruction works, so Christians can go back to Syria and Iraq. “There’s no doubt that the decrease in the number of Christians in the Middle East is a real catastrophe, not just for that Region, but for the whole world”, Hilarion said. “As an Italian Church and as a Russian Church, we must show to political leaders what catastrophic situation Christianity is going through in the Middle East, so that those holy places may be given back and Christians may go back to their homes”.

EU Parliament: in Strasbourg to discuss economy, work, agricultural policy, Schengen, and the future of Europe

Cei: Russian Orthodox Patriarchate visiting Rome in the name of “pilgrimage” and the state of Christians in the Middle East

Abortion in Ireland: Mgr. Martin (Bishops’ President), “every human life is sacred even after the referendum result”