“We must help the victims, who suffer greatly. They need food, medical care, assistance. The situation is tragic.” It’s the appeal of the Director of Caritas Cameroon, Father Kisito Balla Onana, which follows that of the bishops who denounced the escalating crisis in the English-speaking regions of Cameroon. Reportedly, the population is victim of arbitrary arrests and killings, violence against children and rape, suspected separatists are tortured, at least 150 died. Over 160,000 people have already been displaced in Cameroon, and 26,000 have fled to Nigeria.

On May 16 the Bishops’ Conference of Cameroon released a statement denouncing the “inhuman, blind, heinous violence and a radicalization of positions that alarms us”, voicing concern “for the social and political crisis” in the English-speaking areas of Cameroon (North-West and South-West), representing 20% of the overall population. Violent protests against social discrimination and the imposition of the English language broke out in October 2016 in the Anglophone regions, to the extent that the Southern territory declared its independence from the Central Government chaired by President Paul Biya on October 1st 2017, taking on the name of Ambazonia, with a national flag, an anthem, and a head of State, Sisiku Ayuk Tabee, arrested a few months ago in Nigeria. The government decreed a curfew and clashes broke out with security forces. The crisis escalated, the Cameroonian forces entered Nigeria in pursuit of secessionists among the displaced. The US State Department condemned the mounting violence, the European Union asked the Cameroonian government to use “proportionate force” to quell the revolt but the Cameroonian army denied having resorted to “atrocities.” At least 150 people, including 64 civilians, have been killed so far. Over 160,000 people are internally displaced, 26,000 have fled to Nigeria. “Let us put an end to all forms of violence and stop killing one another! – the bishops wrote in their message – signed by the President of the Bishops’ Conference Msgr. Samuel Kleda, Archbishop of Douala  -: We are all brothers and sisters, let us resume the path of dialogue, reconciliation, justice and peace.” The Bishops of Cameroon call for a “mediation to overcome the crisis and spare our Country from a useless and senseless civil war.” Journalists are not allowed into the crisis area,  but eyewitnesses who were forced out of their homes  reported “arbitrary arrests and murders, tortures on alleged members of the separatist movement, violence against children and rapes.” Caritas Cameroon, the only humanitarian agency present in these regions, reported episodes of heinous violence. Caritas distributes water, food, sanitation kits and gives shelter to refugees. But funds are urgently needed to help 5 000 refugees in Nigeria in the next two months. We contacted Father Kisito Balla Onana, Director of Caritas Cameroon, in Yaoundé. 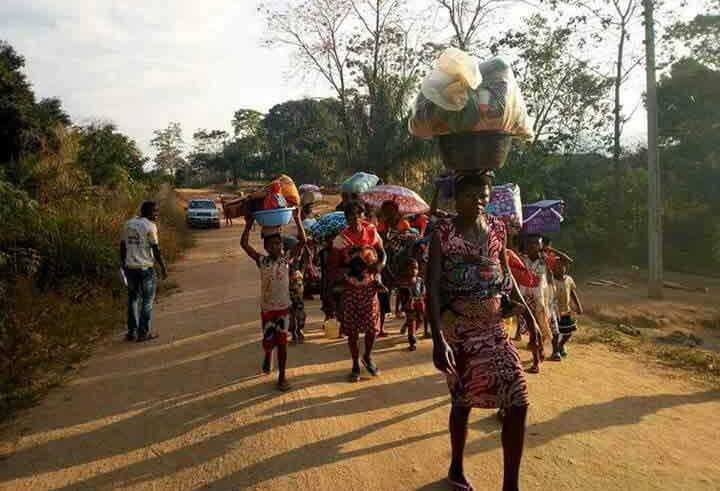 What’s the situation in Anglophone regions?

It went from bad to worse. The bishops came together to voice their cry of alarm.

Multiple armed groups operate in many areas across the region, the army intervenes and arrests young people. Reportedly, over 160.000 people have been forced out of their homes, their villages set ablaze.

There are many victims on both sides, although the exact numbers of the dead among the military is unknown. Tensions are escalating throughout the region.

Many schools have been shut down due to the chaos situation. In one city the military abducted a priest. He was released on condition that he closed the boarding school. Many people sought refuge in the forest, in parishes, with other families. If a soldier is killed sometimes groups of military retaliate by burning down houses.

I was there two weeks ago to coordinate aids. We met the local bishops who denounced the alarming situation.

What caused the outbreak of the violence?

They are regions with many natural but neglected resources. There are two Cameroons, a French-speaking and an English-speaking one. Government officers have always told the Head of State that there is no English-speaking problem. Over time, the positions reached a new extreme. In English-speaking regions protests were filed by lawyers, teachers and activists. In October 2016 the ruling party and may of its supporters took to the streets in sign of protest. The central government reacted with a military clampdown and the armed opposition responded to the gunfire. Armed clashes broke out.

Does the government intend to initiate talks with the separatist movements?

The bishops called for a negotiation, but I personally don’t believe that the government intends to negotiate and address the true, longstanding problems of the Anglophone regions.

Could the Church act as mediator?

I asked this question to Monsignor Kleda, President of the Bishops’ Conference, but he didn’t take an open stand. In any case the Church will continue following the situation. Next week a dedicated committee will convene to draft a

Letter from the bishops with the exact number of victims, injured people and burned houses.

If the government accepts negotiating an agreement, I think that for the Church it will be important to try to harmonize the position of opposition forces, perhaps by speaking with the bishops of Anglophone regions.

Are you the only ones who provide humanitarian assistance to the conflicting zones?

Also the United Nations, but it’s complicated, for they are not allowed into every area.

Only Caritas, with a deeply-rooted presence at territorial level, can bring relief to remote villages,

by helping them in secret. There are many limitations but we try to give support to children, by sending them to school, helping those who are sick … There are huge humanitarian needs.

What is your appeal?

We share the cry of the bishops: we must all help the suffering victims.

Many children and their parents were victims of violence. It’s a tragic situation 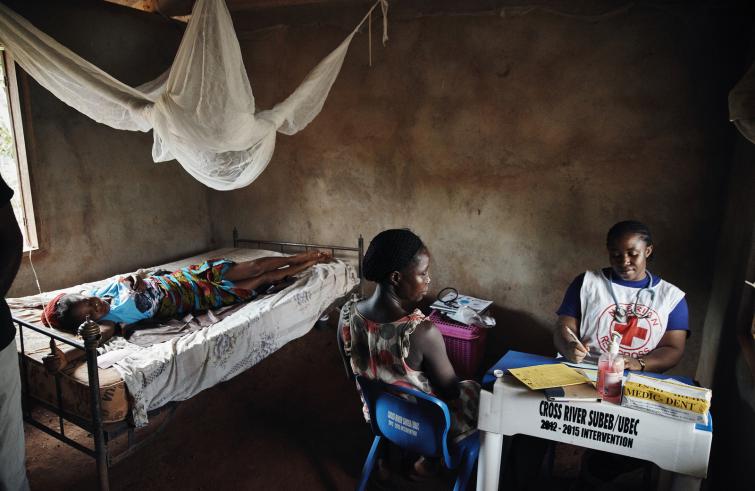