Capital punishment is not the cure for a violent society. It’s not a medicine, it’s a poison. Beware of “normalizing” death. Opposing capital punishment means reaffirming the reasons of life. Interview with Marco Impagliazzo, President of the Community of Sant’Egidio, on the sidelines of the international meeting of Justice Ministers and ahead of “Cities for life, cities against capital punishment”, the initiative that on November 30th will bring together over 2000 cities against death penalty

Timor Est, Morocco, Philippines , Canada, along with Guatemala, United States, Guinea, Switzerland. Ministers of Justice and representatives of 30 Countries arrived to Rome from all over the world to give testimony and discuss ways to achieve the gradual elimination of capital punishment throughout the globe, including a universal moratorium – the first goal. Abolitionists and retentionists in dialogue against the backdrop of growing concerns over the terrorist threat, increasing extra-judicial executions, and the circulation of weapons. Italy’s Chamber of Deputies was the venue of the 10th International meeting of Justice Ministers, titled “A world without the death penalty”, organized by the Sant’Egidio Community, in conjunction with Italy’s ministry of Foreign Affairs, and the Swiss Confederation. There are presently 141 abolitionist Countries – they were only 16 in 1977 – while 57 are retentionist Countries. Death executions have decreased by 37% in 2016 compared to the previous year.

said Marco Impagliazzo, President of the Community of Sant’Egidio, in his panel speech. We interviewed him.

At what stage is the process for the abolition of the death penalty?

The latest voting round on the proposal of a universal moratorium on death executions launched in 2007, in which Italy plays a crucial role, was met with 117 ayes, 40 Noes, 31 abstentions, 5 absent. It’s a very encouraging sign: over the years the number of opposing Countries decreased by 23%, namely from 52 to 40 Countries, while 18 more are in favour. As regards the progress made at national level, in 2017, with the adoption of a new military code, Guinea Conakry has joined the front of abolitionism, after Parliament passed a new criminal code in 2016 removing the death penalty for all crimes. In Morocco the Supreme Ulema Council retracted its Islamic ruling stating that apostasy is punishable by death. In a landmark judgement, Guatemala’s Constitutional Court ruled that death penalty is unconstitutional for all crimes enshrined in Article 18 of the Fundamental Law. A revision to the penal code eliminated the death penalty for five crimes in Vietnam. The amendments will enter into force in 2018.

What was it like to listen to the contributions of so many different Countries sharing the same goal?

It reconfirmed the validity of this non-ideological process, which does not put abolitionist and retentionist Countries against each other but rather sustains the various Countries in making delicate choices that have the power of changing cultures and mentalities, involving also religious aspects. It means choosing a path that needs to be accompanied and sustained.

In your opinion, what is the most worrying aspect?

The increasing number of extra-judicial executions, the floggings, the increased circulation of weapons, the appalling prison conditions in many world Countries. Ours is a time infested with open, hammering messages of death. We are faced with the challenge of a terrorism that does not recognize the right to live of its victims, not even the most innocent lives, like those of children, yet … 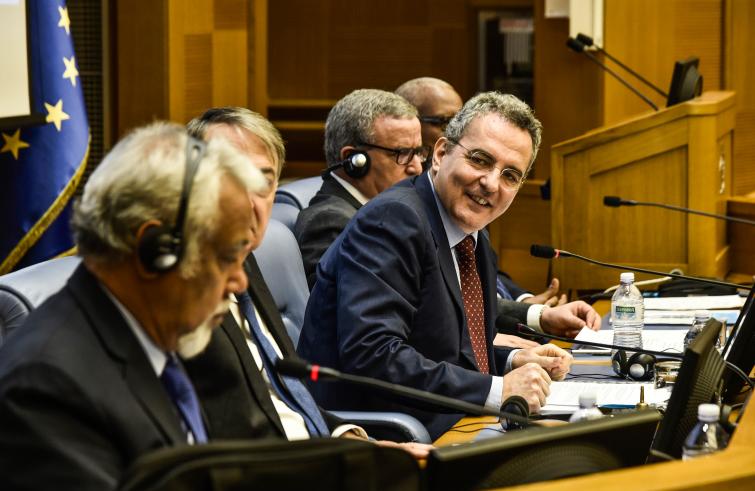 Yet defending human life means rejecting a rationale based on the suppression of a human being, including a terrorist. While in that case the death penalty may appear as the most logical response, it not only fails to keep the culture of death at bay, it actually ends up introducing it in our homes; it constitutes the victory of the enemy we wish to cast out.

Weapons are easily accessible in many Countries, and a mentality of self-administered justice is growing widespread. In Italy, the debate on the right of self-defence frequently flares up …

Responding to violence with violence, although of opposing nature, namely in a legalized form, would serve no other purpose than to legitimize bloodshed, thus turning it into something “natural.” It would lead to a sort of “normalization” of violence that is not motivated by justice but by revenge.

The State, guardian of the Law, cannot adopt the style of an outlaw. 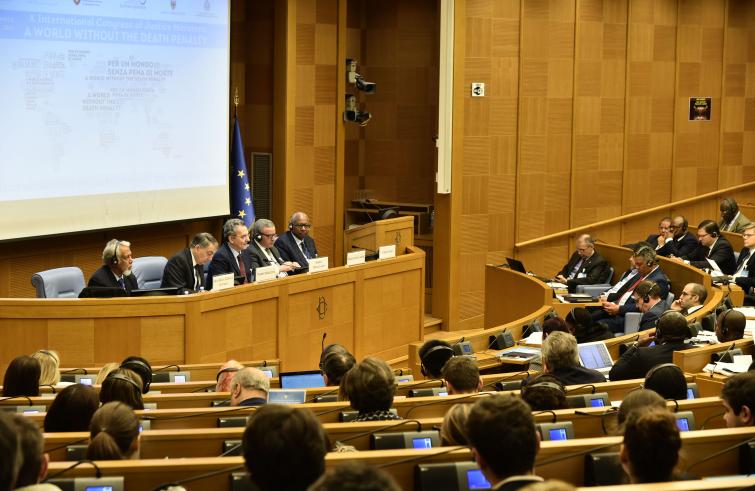 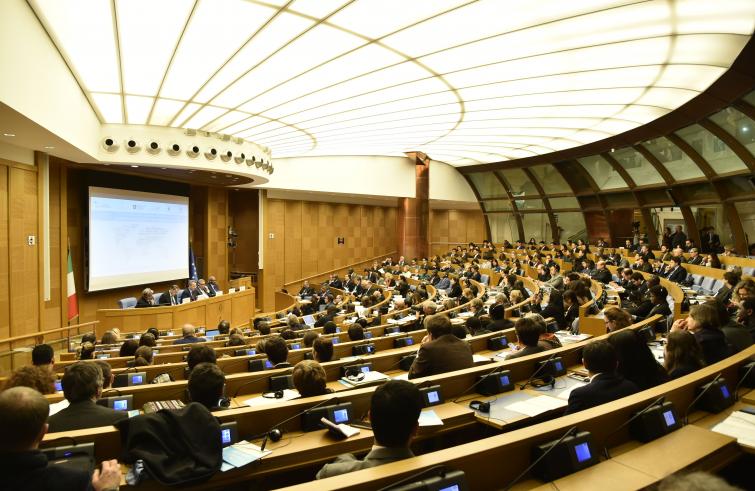 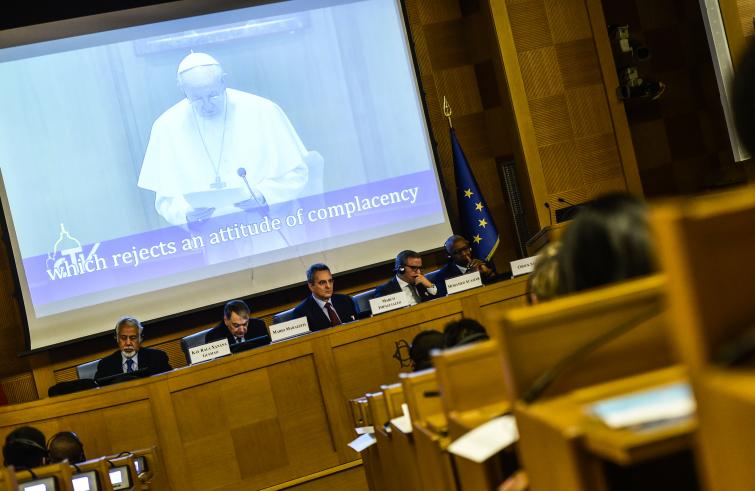 Violence is a subtle poison that worms its way through words and consciences. For instance, it’s the violence of those who demand the expulsion of their neighbour, considered “excessively” different. Expelling other people, not wanting to see them, is a form of capital punishment.

By opposing the death penalty we oppose the separation from those who belong to our same social fabric; we oppose a new apartheid.

As it was on theme of a just war,

We see an evolution on the question of death penalty inside the Church, recognized in the catechism, but it must be completed.

We sustain the Pope’s message and work for it every day.